You are here: Home / Archives for Cuba 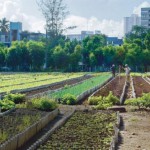 Cuba's successful models of sustainable development — in areas of food, housing and health — are now being widely replicated throughout Latin America. Cuba marked the 50th anniversary of its revolution in 2009. The Cuban people have withstood five decades of hostility from the United States and its international allies. However, Cuba's best form of resistance has been not … END_OF_DOCUMENT_TOKEN_TO_BE_REPLACED