You are here: Home / Archives for island 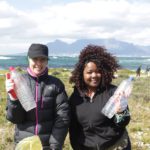 This past week (12-17 September 2016) marked Clean-up & Recycle SA week, the aim of the week is to increase awareness in South Africans of the many benefits of recycling (socially, environmentally and economically) and the importance of a litter-free environment. This year, we celebrated the twentieth year of South Africa’s active participation in the International … END_OF_DOCUMENT_TOKEN_TO_BE_REPLACED 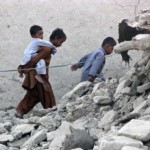 The death toll from a powerful earthquake in southwestern Pakistan rose to 348 people on Wednesday, local officials said. "Two-hundred-and-eighty-five bodies have so far been recovered in the Awaran district," Abdul Rasheed Gogazai, the deputy commissioner of Awaran, the worst affected area, told Reuters. "And 42 bodies were found in the neighbouring Kech district," he … END_OF_DOCUMENT_TOKEN_TO_BE_REPLACED 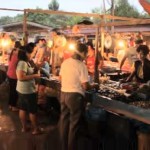 A top-level crisis management team should be assigned in Mindanao to address challenges in areas badly hit by typhoon “Pablo.” The United Nationalist Alliance (UNA) aired this proposal yesterday, citing the “rising death toll, the extent of damages, and the looming humanitarian crisis” as a result of the powerful storm. Mindanao is the second largest island in the … END_OF_DOCUMENT_TOKEN_TO_BE_REPLACED 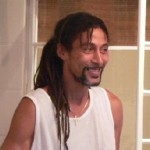 Leo Adeline grew up farming on the island of Praslin in Seychelles. He was formally educated in Education and taught for many years. He also managed the landscaping project for the beautification of the island. This greenman's heart always belonged to the earth and eventually he focused solely on his organic farm. Leo built a wooden house for his South African wife Jolan, … END_OF_DOCUMENT_TOKEN_TO_BE_REPLACED 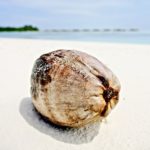 In the Malay language, the coconut palm is called 'pokok seribu guna,' meaning 'the tree of a thousand uses.' Make that one thousand and one. In just over a year's time, the entire chain of the Tokelau islands plans to get 100 percent of their energy from a heavenly mix of coconuts and sunshine, according to United Press International. It is perhaps incontestably … END_OF_DOCUMENT_TOKEN_TO_BE_REPLACED