You are here: Home / Archives for landslide 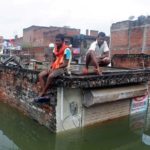 At least 300 people have died in eastern and central India and more than 6 million others have been affected by floods that have submerged villages, washed away crops, destroyed roads and disrupted power and phone lines, officials say. Heavy monsoon rains have caused rivers, including the mighty Ganges and its tributaries, to burst their banks forcing people into relief … END_OF_DOCUMENT_TOKEN_TO_BE_REPLACED 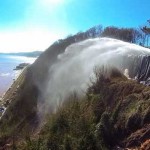 These pictures show a deliberate landslip at Dawlish, England that has turned the sea red after tonnes of earth and stone fell into the water. Specialist fire crews helped set off a controlled landslide above the Dawlish to Teignmouth rail track where workmen are battling to reopen the line. The operation has been planned by Network Rail since the storm of February 14 and … END_OF_DOCUMENT_TOKEN_TO_BE_REPLACED