You are here: Home / Archives for lecture 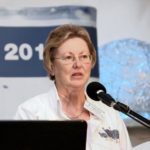 In South Africa 98% of all potential raw water sources are already allocated for use. Increasing urbanisation and demand for safe sanitation place heavy demands on our water resources. The Department of Water & Sanitation estimates that R7-billion in potable water is lost annually. That amounts to 36% of the clean drinking water supply! Dr Jo Barnes, epidemiologist and … END_OF_DOCUMENT_TOKEN_TO_BE_REPLACED 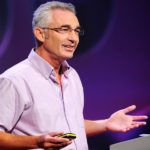 "Every one of the planetry boundaries is trending in the wrong direction - we need to go for a radical transformation," says Peter Bakker in the overview of the key themes of the Cambridge Distinguished Lecture Series 2013, What it Takes to Seed a Sustainability Revolution. This featured accessible lectures by leading sustainability thinkers. Peter Bakker begins with a … END_OF_DOCUMENT_TOKEN_TO_BE_REPLACED 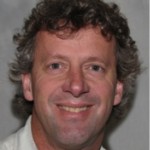 Earlier this month, delegates from across the world gathered in Stellenbosch to discuss sustainable development at the 19th annual International Sustainable Development Research Conference (ISDRS). You couldn’t have asked for a better place to host such a meeting. This was the sentiment expressed by a number of speakers at the ISDRS conference on Monday. The conference was … END_OF_DOCUMENT_TOKEN_TO_BE_REPLACED 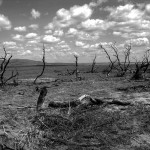 Dry, barren landscapes stretched out for miles. Animal skeletons scattered everywhere. Not a tree or plant to be seen. Damaged and dilapidated houses and buildings. Extreme weather conditions exacerbating these scenes. Is this a melodramatic view shared by the paranoid of what might happen after climate change? Or is this the reality of what awaits our children and … END_OF_DOCUMENT_TOKEN_TO_BE_REPLACED 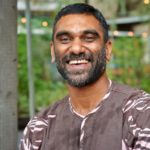 “The current response to our climate crisis in nothing but incremental tinkering. Rearranging the deckchairs. Those in power are doing system maintenance and re-arranging instead of redesigning them. Our current system is fundamentally broken, but our leaders are suffering from what’s called ‘cognitive dissonance’ – all the facts are there, but those in power block them … END_OF_DOCUMENT_TOKEN_TO_BE_REPLACED