You are here: Home / Archives for Leonardo DiCaprio 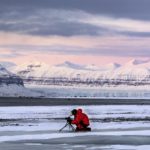 Ice On Fire, a new HBO documentary focusing on solutions to our escalating environmental crisis, is now streaming first on Showmax in South Africa, just months after its world premiere at the 2019 Cannes Film Festival. The documentary has a 90% critics rating on Rotten Tomatoes and “should be essential viewing for anyone who plans to carry on living on the planet,” to quote … END_OF_DOCUMENT_TOKEN_TO_BE_REPLACED 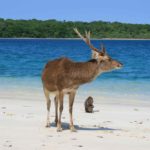 Nations must commit to protect half of the Earth to avoid massive biodiversity loss and the worst effects of dangerous climate change, according to a new scientific paper entitled A Global Deal for Nature: Guiding Principles, Milestones, and Targets. Based on the paper, a major petition is being launched by One Earth, a new initiative of the Leonardo DiCaprio Foundation and … END_OF_DOCUMENT_TOKEN_TO_BE_REPLACED 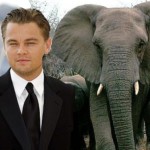 It’s a known fact that hollywood heartthrob Leonardo DiCaprio, along with being an extremely talented actor is a hardcore environmentalist. Check out this message he posted on the Avaaz activist site: Across Africa, elephants are being slaughtered by poachers in record numbers - and their tusks hacked off with chainsaws - to make luxury items, statues and trinkets in Asia. … END_OF_DOCUMENT_TOKEN_TO_BE_REPLACED