You are here: Home / Archives for manta rays 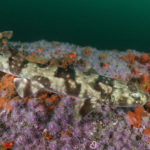 The International Union for Conservation of Nature recently released an updated Red List of Threatened Species. The Red List has become the gold standard for measuring species population stability, and it is the world's most comprehensive data source on the extinction risk of species categorising (as either extinct, extinct in the wild, critically endangered, endangered, … END_OF_DOCUMENT_TOKEN_TO_BE_REPLACED