You are here: Home / Archives for National Treasury 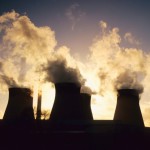 South Africa’s government delayed the implementation of a planned carbon tax to 2016, while saying it may impose new levies on mining companies to help fund the treatment of acid water seeping from disused gold mines. The National Treasury two years ago said it planned to charge 120 rand ($11) on every metric ton of carbon emitted above a 60 percent threshold from 2014 and … END_OF_DOCUMENT_TOKEN_TO_BE_REPLACED 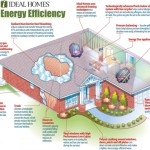 The National Treasury published section 12L earlier this month, which puts into operation deductions of energy efficiency savings in terms of the Income Tax Act of 1962. This long-awaited announcement is welcomed by the Certificated Measurement & Verification Professionals (CMVP) industry that has been advising clients to prepare for the imminent release for a while … END_OF_DOCUMENT_TOKEN_TO_BE_REPLACED