You are here: Home / Archives for outrage 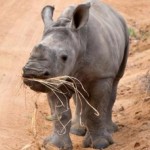 The world’s greatest rhino sanctuary is under threat. Plans are underway to build an open-cast coal mine just 40 metres from of the Hluhluwe-iMfolozi park. Rangers fear it will destroy the wilderness and clear the way for poachers, who have butchered nearly 400 rhinos in South Africa this year alone, but we can stop it if we act now. Conservationists, scientists and local … END_OF_DOCUMENT_TOKEN_TO_BE_REPLACED