You are here: Home / Archives for peaceful 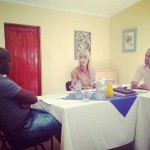 To do justice means to live in a way that generates a strong community where humans flourish. Peace is not simply the absence of conflict but also the presence of justice. -ADR Network SA It is an honour to write for the Green Times and to become part of a significant and advancing community. We are a private agency, ADR Network SA, engaged in Dispute Resolution, … END_OF_DOCUMENT_TOKEN_TO_BE_REPLACED 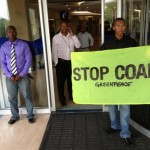 Last month, Greenpeace Africa, groundWork and Earthlife Africa took action against Eskom's reckless coal expansion at the utility's headquarters in Johannesburg. 14 activists were placed in police custody after the peaceful protest and taken to Sandton police station. According to police, Eskom has laid the following charges against the activists: trespass, intimidation, … END_OF_DOCUMENT_TOKEN_TO_BE_REPLACED 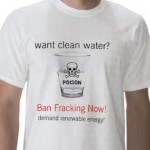 Hydraulic Fracturing, commonly known as Fracking, is a highly controversial method of extracting oil and gas from existing, redundant and new wells. Drilling has begun in an unregulated frenzy from USA, China and now heading for gas-rich Europe and other countries around the world. The environment and human health is at very serious and potential risk if this method of … END_OF_DOCUMENT_TOKEN_TO_BE_REPLACED 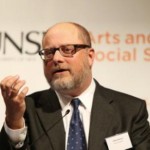 Industrial conflict and protests that are currently taking place in South Africa may cause unwanted disruption, but it is a positive sign that those who are doing so have the freedom to express their sentiments in a peaceful way. That was the view put forward by Adam Kahane (pictured), author of 'Power & Love' and Associate Fellow at the Saïd Business School of the … END_OF_DOCUMENT_TOKEN_TO_BE_REPLACED