You are here: Home / Archives for Pom Klementieff 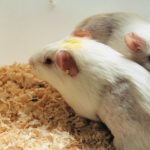 Hollywood filmmakers and movie stars have joined forces with Humane Society International to produce a powerful stop-motion animated short film, #SaveRalph, to end cosmetic testing on animals around the world, including South Africa. Although banned in 40 countries, the practice is still legal in most of the world, and is even making a comeback in some regions, subjecting … END_OF_DOCUMENT_TOKEN_TO_BE_REPLACED