You are here: Home / Archives for tracking 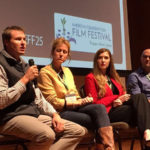 A researcher from the University of the Free State (UFS) played a role in the important new film Last of the Longnecks which was screened at the US Environmental Film Festival. Dr Francois Deacon, lecturer and researcher in the Department of Animal, Wildlife and Grassland Sciences at the UFS, who also has a role in the film, attended the preview at the Carnegie Institution … END_OF_DOCUMENT_TOKEN_TO_BE_REPLACED 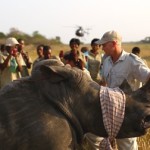 Since February this year, when the Dutch Postcode Lottery in Holland announced that Peace Parks Foundation was the primary beneficiary of a €14.4 million grant from its Dream Fund, the team behind the Foundation’s Rhino Protection Programme has made notable progress in combatting wildlife crime and protecting the endangered rhinoceros from criminal exploitation. The lottery … END_OF_DOCUMENT_TOKEN_TO_BE_REPLACED 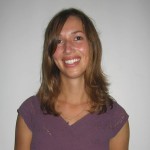 Could the lifestyle adaptations of Kalahari birds in response to rising temperatures be a signal of worse to come? “It’s called the Hot Birds programme because we work with birds in hot places, not because we are hot birds,” joked researcher Susan Cunningham (main picture), at an installment of the University of Cape Town’s Climate Change Impacts & Adaptation Seminar … END_OF_DOCUMENT_TOKEN_TO_BE_REPLACED