You are here: Home / Archives for traffic 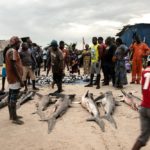 TRAFFIC, a partner on the Shark & Ray Protection Project of WILDOCEANS, has released a new study based on the concerns of artisanal fishers in the Republic of Congo about massive over capacity of fishing fleets that have put local food security, livelihoods and shark populations at risk. TRAFFIC’s report found that Congolese artisanal fishers are increasingly turning to … END_OF_DOCUMENT_TOKEN_TO_BE_REPLACED 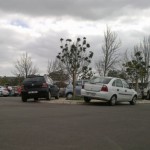 This year sees SA’s first ever Carpool Week from 7-11 October, powered by FindaLift. It will raise awareness of the social and environmental benefits of carpooling for business and individuals, clear some uncertainties around the topic and provide South African’s with an easy way to find others to carpool with. Carpool Week Topics 7 October: What’s in it for me & is anyone … END_OF_DOCUMENT_TOKEN_TO_BE_REPLACED 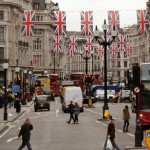 Regent Street, London, became a pedestrian-friendly zone in July with the street closing to vehicles to combat high levels of pollution in central London. Recent emissions figures from Transport for London showed central London roads, Oxford Street and Piccadilly, were ranked among the worst 15 roads in the capital. “It’s an experiment and we’ll see how it works,” Peter … END_OF_DOCUMENT_TOKEN_TO_BE_REPLACED 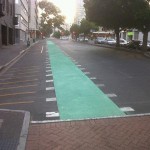 In an attempt to make cycling safer and reduce inner-city traffic, the cycle lane in Bree Street between Strand Street and Waterkant has been colourised green as a test phase. The City of Cape Town’s Mayoral Committee Member for Transport, Roads and Stormwater, Councillor Brett Herron, said: “The City is committed to the promotion of safe cycling and the use of non-motorised … END_OF_DOCUMENT_TOKEN_TO_BE_REPLACED 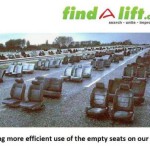 Findalift.co.za is all about encouraging South Africans to share journeys, and the benefits are significant! Readers of the Green Times are encouraged to visit Findalift.co.za, register free and add your journey. It’s secure, takes less than 5 minutes and no personal data about you is visible to anyone or shared with any 3rd party. Simply add your journey and you will stand … END_OF_DOCUMENT_TOKEN_TO_BE_REPLACED 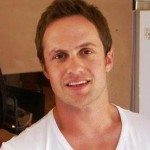 After being in a major car accident, Dan Claasen decided to find a solution to our traffic problem, and created a lift-sharing platform that is now used by over 5000 people. In light of the rising cost of fuel and motoring, increasing congestion and the need to alter travel behavior in an ever growing population, it is rare to find an initiative that fights this at no cost … END_OF_DOCUMENT_TOKEN_TO_BE_REPLACED 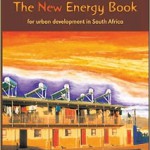 This book was the first down to earth basic book about saving energy in the household using layman's terms that i have found. a must buy to have handy. it educates people like me who only know eskom as a monopoly and all the bad press around it. it informed me of all the other parties involved and that there are plans in place to make eskom one of many to supply energy and … END_OF_DOCUMENT_TOKEN_TO_BE_REPLACED