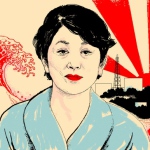 The shock announcement of an underhandedly-signed nuclear deal with Russia (where it was first announced) is of deep concern. Not least because so many organs of government, including our Energy Policy and the NDP, as well as the mainstream business media, think it will prove to be an extremely costly decision - financially, socially, environmentally and politically. The … END_OF_DOCUMENT_TOKEN_TO_BE_REPLACED