You are here: Home / Archives for water pipes 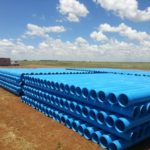 South Africa is currently in the grips of one of the worst droughts in decades, with five of the country’s provinces already declared drought disaster areas. The Western Cape, and Northern and Eastern Cape and Limpopo are the areas facing the most serious lack of water, with the Mother City counting down the days to the predicted “Day Zero”, when the province’s taps will run … END_OF_DOCUMENT_TOKEN_TO_BE_REPLACED 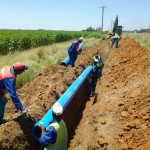 Failure to replace and upgrade our country's water infrastructure poses a severe risk to both the quality and quantity of the country's water supplies. Commenting on the state of the country’s water supply ahead of National Water Week (16-22 March 2015), the South African Plastic Pipe Manufacturers' Association (SAPPMA) Chairman, Jan Venter, said his association had grave … END_OF_DOCUMENT_TOKEN_TO_BE_REPLACED