You are here: Home / Archives for Working With Wetlands 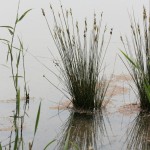 Wetlands are recognized as one of the richest and most productive ecosystems on earth. Associated with wetlands are a wide range of specially adapted plant species giving food and shelter to a variety of animal life. Earlier man also relied on food found in wetlands. In more modern times wetlands were regarded as useless and wetlands were extensively drained to produce arable … END_OF_DOCUMENT_TOKEN_TO_BE_REPLACED