You are here: Home / Archives for World Summit of Nobel Peace Laureates 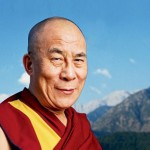 The Mandela, De Klerk, Tutu and Luthuli foundations will be writing to President Zuma appealing to him to intervene in order for the Dalai Lama to get a visa to attend the World Peace Summit of Nobel Peace Laureates next month. A further petitioning letter will be signed by former Nobel Peace Prize laureates and has already been signed by President Lech Walesa, Mairead … END_OF_DOCUMENT_TOKEN_TO_BE_REPLACED