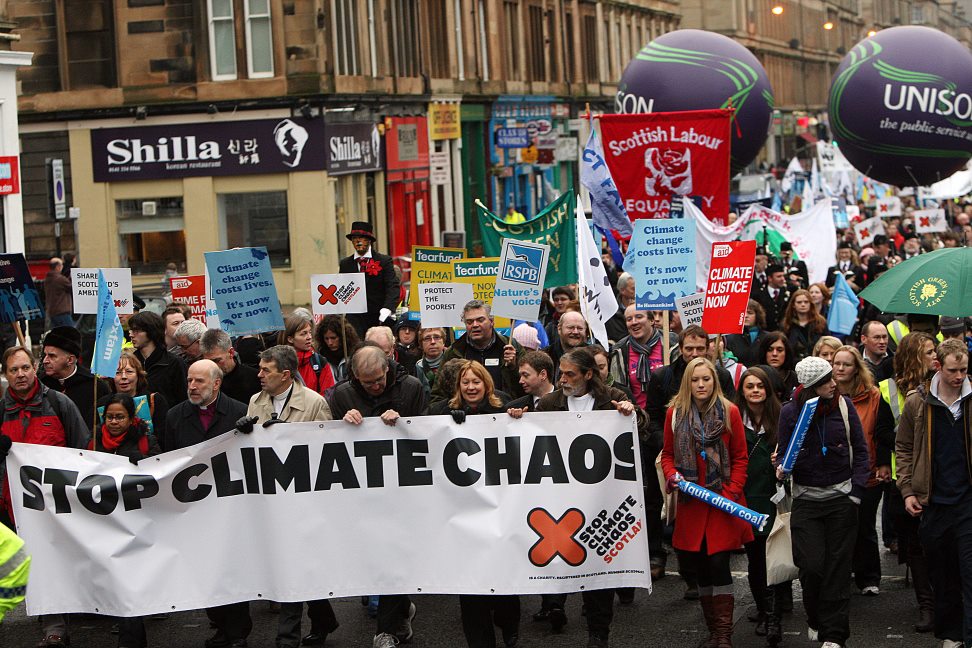 What are the things you love? Friends, family and pets go without saying – but what about the other things that bring us joy, things we often take for granted? Do you love a fresh cup of coffee in the morning? An indulgent square of chocolate now and then?

As Martin Luther King jnr famously said: “Before you finish breakfast in the morning, you’ve depended on half the world.”

Many of the things we love and care about are at risk, and the main reason is climate change. For example, I’m concerned about the future of Scotland’s wild places. It can sometimes be hard to see the connection between the burning of coal, oil and gas and the changes this can have on the things we take for granted, but that’s the challenge we face.

Countries where our favourite treats – and many of our basic necessities come from – are being affected by our changing climate. This may be in the form of less rainfall to allow crops to grow, or too much rainfall resulting in crops being washed away. As increasingly unpredictable weather patterns take hold, and as communities, ecosystems and habitats struggle to adapt, this is not only bad news for us, it’s devastating for the local communities and wildlife which depend on these crops to survive.

The seriousness of climate change and constant warnings we receive from the media, the experts and the natural world mean we must act now. It can feel overwhelming, but we all have the ability to make small changes in our day-to-day lives and be part of big changes for the environment. These can have benefits for us as individuals too – walking, cycling, eating local and seasonal food, or taking a holiday in Scotland rather than heading abroad.

As chair of Stop Climate Chaos Scotland (SCCS), I am lucky to meet people from all walks of life, from all across the country, who are determined to play their part in taking on climate change.

Showing the love with climate postcards

Many were outside the Scottish Parliament this week (Wednesday 27 May) to hand over thousands of postcards which members of the public have written to First Minister Nicola Sturgeon, telling her about the things they care about threatened by climate change. I was delighted to so many joined us to “show the love” for the things that matter to them in this important year for the environment.

World leaders will meet in December for the United Nations climate negotiations in Paris to agree a global deal to tackle climate change. 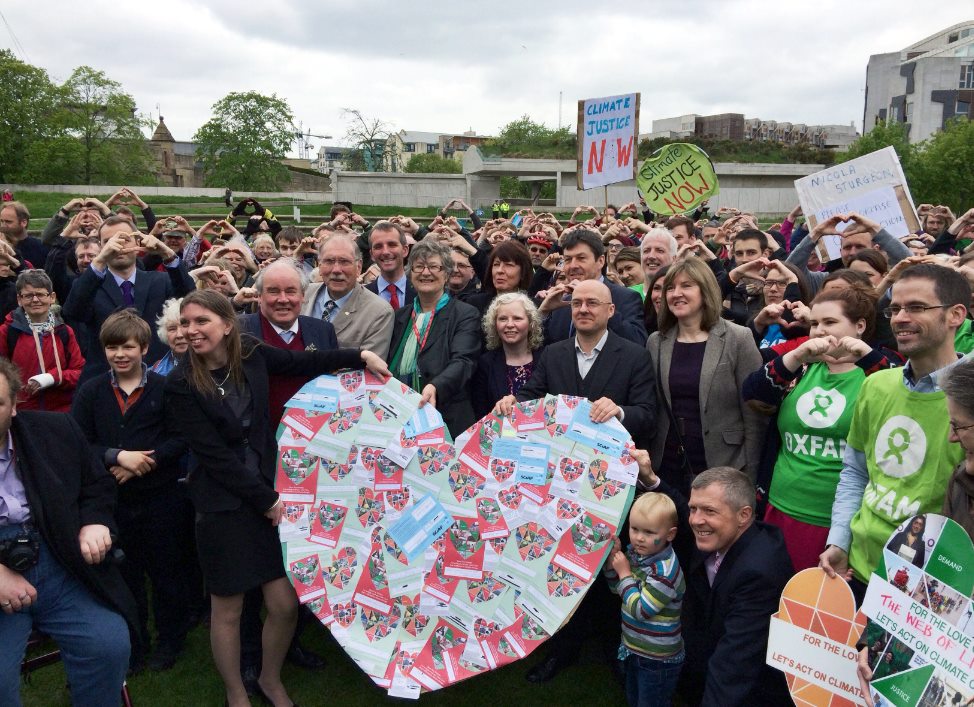 Here in Scotland, it’s important the Scottish Government delivers on our world-leading climate legislation, reducing emissions and securing the huge benefits of living in a low-carbon country, including energy-efficient homes and businesses, healthy, low-carbon travel and clean sources of energy.

As well as the event this week, there are other chances this year for you to let business and political leaders know you want to see real change. Our partner organisation the Climate Coalition is holding a mass lobby at Westminster on 17 June when you will have an opportunity to meet your local MP. And during the build-up to the climate talks in Paris this November, we will be taking to the streets of Edinburgh to show strong support in Scotland for urgent action on this issue.

Please join us at one of these events and add your voice to the growing number of people showing their love for the things being threatened by climate change.

You can still send your message to the First Minister here.

By Tom Ballantine, chair of Stop Climate Chaos Scotland, a coalition of 60 organisations.