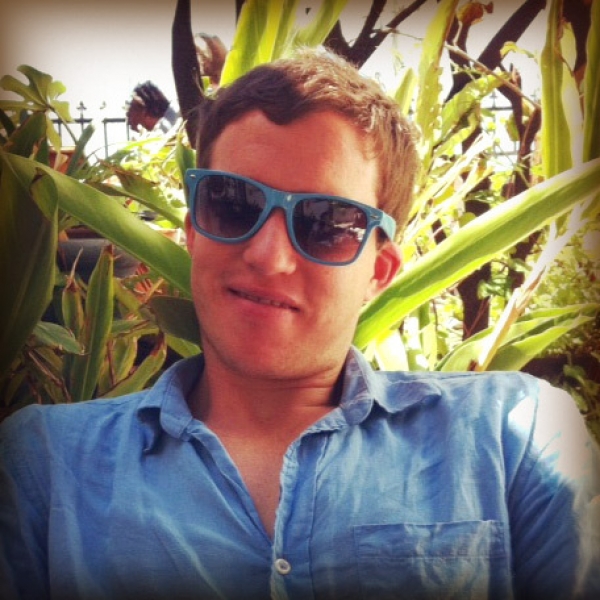 Onboard the Rainbow Warrior, Mike Baillie sails around the coast of South Africa, and finds it to be a really great opportunity to reflect on how he got there and where it’s taking him in life…

I was born in a small town east of Johannesburg, perhaps best known for its giant coal plants and oil industry. It was a horrible place to grow up: full of smog, polluted rivers, and burnt veld. Massive dirty pipes climbed into thick black clouds, and on some days they blocked the sun out completely.

When I was five my parents got divorced, and my dad went back to Zimbabwe to work on the family farm. My sister and I would visit on school holidays. Freed from the city, with its huge highways, lifeless malls, and endless concrete, we’d roll around the farm getting covered in rich red mud.

I remember how one holiday we fostered a baby calf who’d been abandoned. We named her “chicken” and suckled her on a bottle of warm milk. She’d chase us around the garden, and by the end of a morning spent playing with her, we’d be completely covered in warm slobber.

Foothills farm was a kid’s dream. Hideouts. Fishing trips. Bike rides. Rivers to damn up and get muddy in. Always lots of mud.

From a very young age I realized how special the natural world was – but I also had a very clear image of how badly humans could wreck it. Take almost any metric that relates to the environment and it’ll tell you that we are ravaging the planet: our current way of life simply isn’t sustainable.

Years later I found myself in a job that many would have loved, but one I grew very frustrated in. It was all about sales, advertising, and profit. My job was to make people want more, and I was disappointed to find myself contributing to a system I knew was at odds with the planet.

I had to make a choice: either stay in the ‘cushy’ job and work for something I didn’t believe in, or make a change and find something closer to my heart. I got a job with Greenpeace, moved across the country and left my girlfriend and home behind. I became a climber, and then last year I found myself hanging off a massive crane in a coal plant being constructed just an hour from where I was born.

A love for the outdoors, for the veld, is something very South African. We love talking about the bush, of unplugging from the city, and just getting out. I think that although South Africans can disagree on many things, our connection to the wilderness is something we all identify with. No one thinks rhino poaching is a good idea, and no one thinks empty oceans are a good thing either.

And yet here we are in a situation where our oceans and wilderness are severely threatened. Our water, which will become even more scarce as climate change rolls on, is being polluted by mines and pumped into massive coal plants. Rainforests further north are being cleared at a rate beyond exaggeration, and millions of the most vulnerable people across the continent will be pushed even harder by the impacts of climate change.

too late to reply on governments

Expecting governments to spontaneously take action on these fronts is no longer an option. They have been given numerous opportunities to take the action we need, but have repeatedly let us down, while polluters go on plundering the planet for profit.

Now it’s up to us. You and I have to get up and start pushing for changes. We must take action in our own lives to lessen our impact on the planet, start speaking up in our communities about environmental destruction, and increase pressure on governments and corporates. On news channels around the world, there are a string of examples of how citizen action is resulting in change – we should be inspired by those examples, and start pushing for our own versions of this change.

Today, as I sit writing this onboard the Rainbow Warrior, I can see the coastline of the Eastern Cape in the distance. I can see blueish mountains and white sand dunes dotting the horizon – it’s an incredible sight, and although I’m aware of all the environmental challenges we are facing, a view like this is all the inspiration I need to keep up the fight.