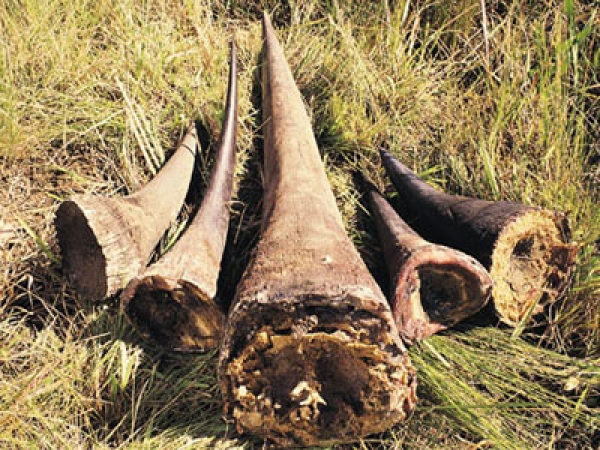 To date, a staggering 635 Rhinos have been reported as poached in South Africa in 2013, with the real numbers possibly being higher.

Rhino poaching is considered by some to be a low risk – high reward activity with an increasingly affluent market for rhino horn in the east, and this is responsible for driving the numbers of Rhinos poached ever higher. To date, a staggering 635 Rhinos have been reported as poached in South Africa in 2013, with the real numbers possibly being higher.

There have, however, been some inroads into addressing the crisis and this World Rhino Day the Endangered Wildlife Trust (EWT) invites you to celebrate some of the victories acheived in the battle to end Rhino poaching.

“The EWT believes that there is no single solution to addressing illegal wildlife trade, which is an increasing global phenomenon, estimated to now be the third largest illegal industry worldwide after drugs and human trafficking. Wildlife trade often has its roots firmly established in organised and trans-boundary crimes. For this reason the EWT’s Rhino Project is implementing interventions at several stages in the poaching and wildlife trade chain,” said Kirsty Brebner, the EWT’s Rhino Project Manager.

“Through the combined efforts of the Department of Environmental Affairs, South African National Parks (SANParks), the Hawks, several leading NGOs, corporates and individuals we have seen 194 arrests in relation to rhino poaching and horn smuggling take place in South Africa this year. Our sniffer dogs, Rico, Heddie, Renaldo and Condor have successfully located wildlife contrabrand at the country’s points of exit. Relationships have been established with key players in Vietnam and we are running awareness through reputable partnerships in that country,” commented Brebner.

“Furthermore, the immense generosity and support received from all of South Africa’s citizens – ordinary people simply willing to make a difference – has been spectacular! South Africans have demonstrated their passion for their biodiversity heritage and the action taken by ordinary people to end the killing has been inspirational.”

As part of the 2013 celebrations for World Rhino Day the EWT has partnered with the Waterkloof Air Force Base. On the 19th of September the members of the Air Force participated in a competition where paper mache rhinos, spectacularly decorated by the individual divisions on the Waterkloof Air Force Base, were judged for their creativity, name and slogan amongst other things. The top 10 rhinos will be auctioned on the 25th October, with all proceeds to the EWT Rhino Project.

The battle against rhino poaching and wildlife crime is only just beginning and we urge you to keep demonstrating your support for the work of the EWT and other reputable NGOs and organisations.