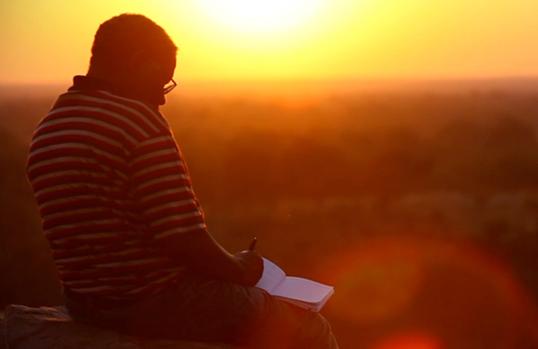 The Save Mapungubwe Coalition Group in co-operation with Green Renaissance is on a mission to prevent any further development of the intended opencast and underground coal mine that is to be located near Mapungubwe.

Many South Africans disagree with this decision. Intellectual and writer Vele ‘Christopher’ Neluvhalani believes that on a fundamental level, people have always been connected to the earth, visible by the traces they leave behind, like the ancient rock art on the sandstone outcrops in Mapungubwe.

In July this year the South African government granted Australian owned mining company Limpopo Coal, a subsidiary of Coal of Africa Limited (CoAL) a series of permits to construct a large opencast coal mine in this ancient cultural landscape.

The Save Mapungubwe Coalition Group in co-operation with Green Renaissance is on a mission to prevent any further development of the intended opencast and underground coal mine that is to be located near Mapungubwe.

There are a number of sacred places in South Africa. Mapungubwe is one such place. It is a World Heritage Site, the site of the earliest Southern African Kingdom, a National Park and a Transfrontier Conservation Area.

An offence to our ancestors

Neluvhalani feels a deep connection to this ancient place, because his ancestors lived there thousands of years before him. He is bound to the area not only by tradition, but when he visits there and climbs to the top of Mapungubwe hill, he feels he has returned home.

However, this new mining activity will change all of this. That’s because for Neluvhalani ‘it would be an offence to our ancestors to start mining in the area.’

Neluvhalani was involved in the reburying of his ancestors’ remains at Mapungubwe, after they were recently reclaimed from a museum collection and restored to their rightful place.

‘Once we tamper with Mapungubwe we will be tampering with the past,’ says Neluvhalani, who feels that these ties to our ancient places, like Mapungubwe, compel us to prevent them from being compromised.

‘Everyone in South Africa should be united in helping preserve Mapungubwe’.

Mapungubwe was the capital city of a flourishing African kingdom 1 000 years ago and was one of 24 sites around the world added to UNESCO’s World Heritage List in 2004. It is a natural treasure holding the history of 50 000 years of human development and contains priceless archaeological and paleontological treasures.

The area encompassed by the Mapungubwe Cultural Landscape World Heritage Site includes rock art sites, Early, Middle and Later Stone Age sites and Iron Age sites and reflects Southern Africa’s complex history. This is why the area has been declared a ‘Cultural Landscape’ and informs us about the long history of human interaction in this part of the world.

The information held by Mapungubwe is important to all of us, because like the people at Mapungubwe, we are facing various social and environmental crises today. People in this area interacted, co-operated and fought with one another long before South Africa was colonised, and understanding the history held here can shape the way that we interact with one another today.

The Coalition Group believes that mining should be conducted in a responsible manner and not within an area where there are better, sustainable options for land use. The group, which consists of local community members and experts within the heritage and conservation fields, further believe that certain areas should not be considered for mining, where such activities threaten the integrity of irreplaceable South African natural and cultural heritage. 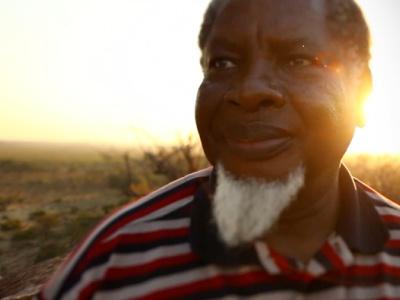 The Coalition Group consists of a number of civil society organisations, namely:

The group is currently appealing the mining right granted by the Department of Mineral Resources as well as the associated approval of the Environmental Management Programme. They launched interdict proceedings to stop CoAL from carrying on any mining or related operations on the Vele site, lodged a notice of intention to appeal the environmental authorisation granted to CoAL by the Department of Environmental Affairs in the first s.24G application for rectification of illegal activities and lodged an appeal against the water use licence granted to Limpopo Coal in March 2011.

CoAL initially applied for a mining license in March 2010, but in August 2010 it was forced to halt activity when development operations did not meet the standards of the National Environmental Management Act, with several regulations being transgressed and insufficient consultation with affected parties.

CoAL was then required to pay a $1.3 million fine to the Department of Environmental Affairs (DEA) for these environmental contraventions. Other sources state that after activities were stopped CoAL submitted two section rectification applications and paid a R9.25m administrative fine in May 2010.

At a press briefing on 20 July 2011 in Pretoria, Fundisile Mkhetheni, Deputy Director General of the DEA, said that emotions should be set aside in dealing with biodiversity issues. The DEA said that all legal and procedural requirements had been met and that the mine would have a positive economic spin-off for the province and South Africa, after environmental authorisation had been granted for opencast coal mining at the Vele Colliery.

At this press briefing, the DEA attempted to mitigate all negative impacts of mining coal near the Mapungubwe National Park, and made an assurance that monitoring and evaluation would take place at the area between the mine and the national park. The DEA confirmed that roads were already built at the site, and further indicated that the company would have to abide by special conditions due to the project’s proximity to the park.

The Vele colliery construction phase is said to take 6-9 months, and it is anticipated that this will produce an initial one million tons of coal per year, increasing to over five million tons a year over a 25-year life-of-mine.

Nick Hilterman, chairman of the Mapungubwe Action Group, says it will appeal against the decision to the high court if necessary. “We do not believe that this mine should be there in the first place,” Hilterman has said.