When he was 18, the South African artist Bogosi Sekhukhuni sought out his father, whom he had never met, on Facebook.

It didn’t go well. They had a terse and awkward online chat. Later, his father blocked him from contacting him on the site. Now 23, Mr. Sekhukhuni is using the experience for a new project: designing robot-generated imagined conversations between fathers and sons, akin to an interactive video game.

“I want to make a kind of ‘absent father bot,’ ” Mr. Sekhukhuni said in an interview, referring to the avatars used in interactive online communications. “If you don’t have a father, you can talk to the bot.”

Mr. Sekhukhuni’s tongue-in-cheek way of using the Internet to highlight how our online life shapes our identities caught the attention of the European curators Hans Ulrich Obrist and Simon Castets, who have included him in a project they started last year, called 89plus, that seeks to foster and bring together artists born in, or after, 1989: the year of the fall of the Berlin Wall, the Tiananmen Square uprising and the emergence of the World Wide Web.

So far, more than 5,000 artists have responded to the open call for submissions, the curators say, and several hundred have participated in workshops organized by them. Many make work that self-consciously uses technology to investigate online media’s impact on our lives. In an era in which artists’ reputations are made with Instagram and YouTube pages, as much as with gallery shows, 89plus is a window into the preoccupations of this generation. The curators see the project as open-ended and they are continually adding artists.

“There’s no specific goal,” said Mr. Castets, 30, the director of the Swiss Institute in New York.

“They’re all artists at the beginning of their trajectory,” added Mr. Obrist, 46, the co-director of the Serpentine Gallery in London, who is highly regarded for his ability to spot new talent.

Mr. Obrist and Mr. Castets were inspired to start the project after reading that the video artist Ryan Trecartin, 33, often called the godfather of the “YouTube generation” in art, said he couldn’t wait to see the work made by people born in the 1990s. The curators announced the project at a conference in Munich in January 2013.

The Luma Foundation, founded by the Swiss philanthropist Maja Hoffmann, hosted the program’s largest event, a poetry workshop and exhibition  in Zurich, and Google funds a two-and-a-half-month residency at its cultural institute in Paris. Mr. Obrist and Mr. Castets have also held workshops with 89plus artists at the Serpentine Gallery, the Park Avenue Armory in New York and the Museo Jumex in Mexico City, among other organizations, each of which lends support for those events. Next June, the Moderna Museet in Stockholm will host an 89plus poetry workshop.

The curators insist that 89plus doesn’t seek to define a generation. “There’s no one-sentence capsule for more than half of the world’s population,” Mr. Castets said. But they have identified a few patterns: exploration of the blurred line between virtual and actual lives; a focus on politics and environmental damage; the use of computer technology in making works; the merging of different genres, like performance art, film and sculpture.

“There’s a fluidity,” Mr. Obrist said of the 89plus artists. Many work “in between at least two or three parallel realities,” he added. 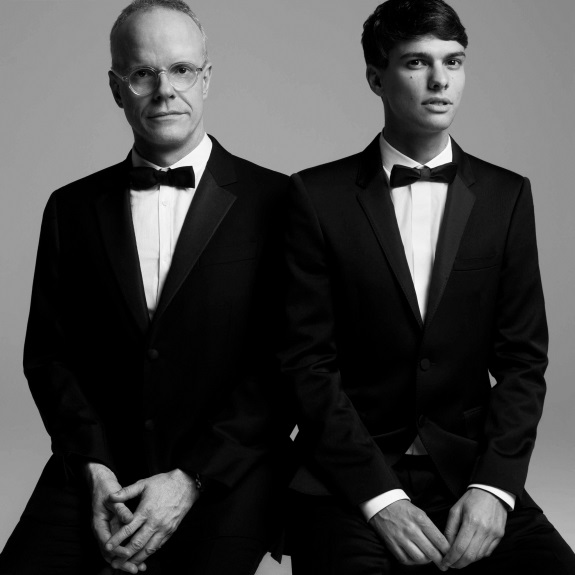 Indeed, the 89plus artists tend to be so far ahead of the curve that it’s hard to know where exactly the curve is. Mr. Sekhukhuni, who is designing his “chat bots” as part of the residency at the Google institute here, had originally wanted to map his entire genome, but that turned out to be too expensive.

He started studying art in his native Johannesburg, but quickly began doing performances and making videos posted on Vimeo instead, since the audience he hoped to reach — young South Africans — didn’t frequent galleries. “These are the people that I really want to talk to, but they don’t really engage in this world,” Mr. Sekhukhuni said.

In one video, he makes a hypnotic loop of an exchange in which PJ Powers, a white South African musician who became popular in the “Rainbow Nation” days of the 1990s, tells a perplexed black interviewer, “You’re a poster boy for what South Africa could be.” Mr. Sekhukhuni said the work was a way of exploring the “underhanded” compliments of white South Africans. This fall, he will have his first solo exhibition at a gallery in Cape Town.

Other 89plus artists also have a political slant to their work. Yollotl Gómez Alvarado, 24, of Mexico made whimsical concrete sculptures inspired by a program during the 1990s when the Mexican government gave citizens a bag of concrete, encouraging them to do household improvements, but, in his view, the bag was so small as to be almost useless.

“There was this idea of solidarity from the government, so I was thinking of how to make constructions with this material but not in a logical way,” Mr. Alvarado said.

This spring, another 89plus artist, the American Adriana Ramic, 25, mapped the seemingly random paths taken by insects and traced them on a swipe keyboard (which doesn’t have keys but responds to touch). She took the nonsense words they generated and put them through Google Translate into 80 languages — producing a work that explores randomness and order, nature and technology.

The larger art world has taken notice of 89plus. Stuart Comer, the chief curator of media and performance art at the Museum of Modern Art, sees the participants in the context of “the obsolescence of 20th-century technology,” he said. “Now you have a generation that has emerged in the context of the Internet and digital life. They’re wired differently than previous generations.”

A main feature of the project are the short workshops or residencies that Mr. Obrist and Mr. Castets have organized, which aim to bring the artists together to share ideas, not unlike TED talks. Amit Sood, the director of the Google institute in Paris, said the company started hosting the residency because “we need to understand what future generations of artists are doing with technology.”

For now, the complete catalog of artists who have submitted work to the 89plus project is kept private by Mr. Castets and Mr. Obrist, but participants in workshops and residencies are listed on the 89plus website. The curators review submissions daily. Mr. Obrist said they would eventually like to create a public database when they have the technical resources.

“For the moment, it’s our way of doing research as curators in the 21st century,” Mr. Obrist said.

Mr. Obrist said he and Mr. Castets hope to keep tracking the artists for the next 10 or even 20 years. “It’s not about youth,” Mr. Castets said. “It’s about artists who happen to be young at this time.”