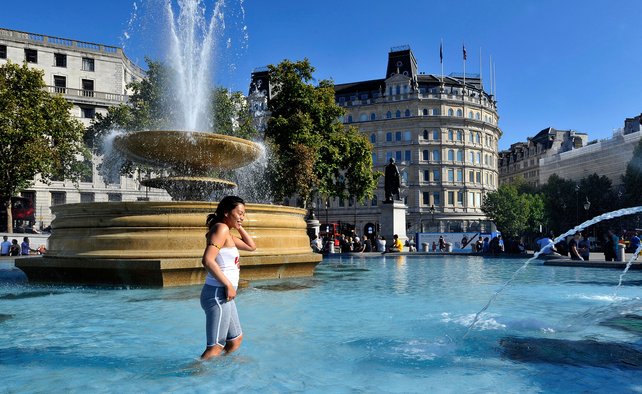 A heatwave is sweeping across Europe, with temperatures set to exceed 40C in some countries.

The summer heat has taken hold of Italy, with temperatures over 35C in many cities.

Rome’s zoo is helping animals deal with the high temperatures by handing out iced treats and encouraging frequent bathing in cold water. Iced lollies made with yogurt and fruit were a hit with the zoo’s orangutans, while the brown bears enjoyed iced melons.

Throughout the summer months at the zoo, keepers make sure the animals have access to the frozen treats and a constant supply of fresh water.

“We are trying to give them some iced mixed with some food and some frozen yogurt. They do like it very much. For most of the other animals they have water all the time, who has the pool can go into the pool, they have the shade which is very important in every enclosure,” said Rome zoo curator Yitzhak Yadid. 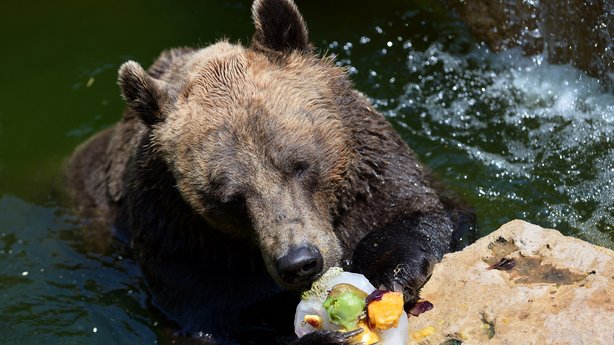 The heatwave in Italy is expected to peak today, with temperatures reaching 39C while temperatures in France are set to exceed 40C over the weekend.

Spain’s heatwave is expected to last for at least nine days and will peak on Monday as temperatures soar to 44C. It is the second heatwave of the summer and will affect almost all of Spain.

As most Europeans enjoy the good weather, the continent’s top athletes will be forced to push through it. 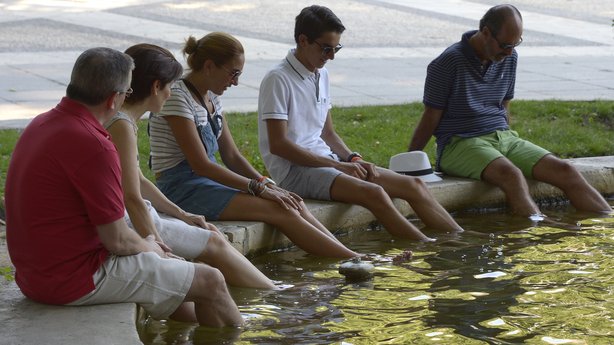 Tour de France cyclists will be forced to endure temperatures of 37C as the race begins in Utrecht in Holland with a time-trial event.

Triathletes at the European Ironman Championships in Frankfurt will spend more than eight hours swimming 3.8km, cycling 180km and running 42.195km in the hot temperatures.

Organisers have 14 tonnes of ice on standby to cool both the competitors and spectators. 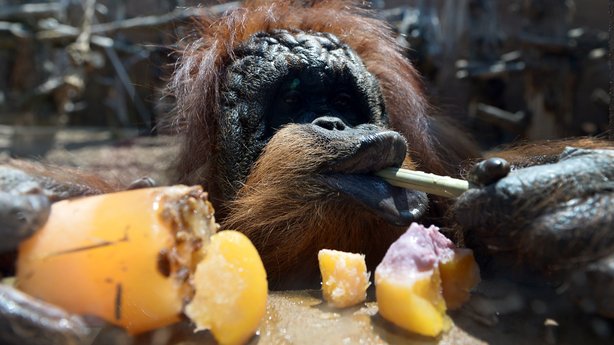 On Wednesday, a ballboy collapsed at Wimbledon as the tennis tournament experienced its hottest day in history.

Forecasters predict temperatures could reach as high as 35C in the UK today.

On Wednesday, Heathrow hit of 36.7C and broke the record for the hottest July day ever in the UK.

Despite the high temperatures, there are warnings of severe storms. 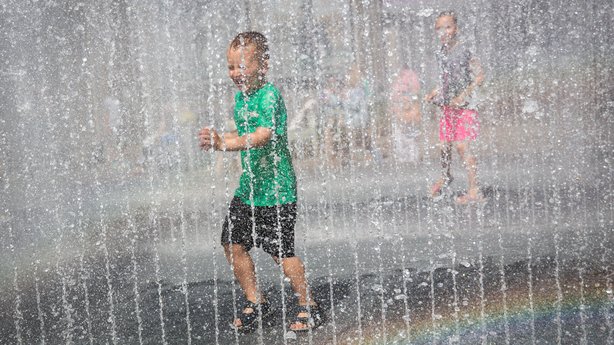 Heavy thunderstorms are expected across England and Wales and will spread northwards towards Scotland.

Localised flooding and showers of hail are also expected.

The last major hot spell in Europe in 2003 caused an estimated 70,000 deaths, mainly among elderly people.