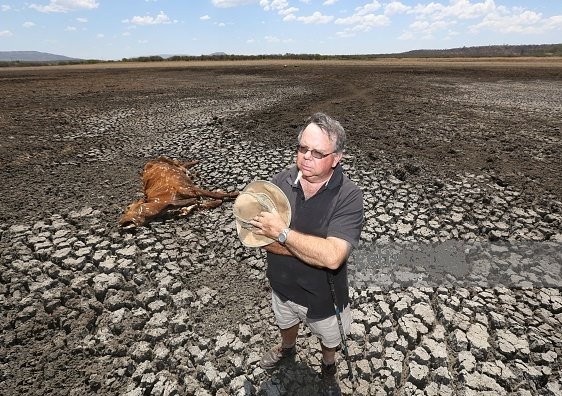 Extra water released from the Katse Dam at the end of last year is expected to reach drought-stricken Aliwal North, an Eastern Cape town on the Orange River.

Water and sanitation director Margeret-Ann Diedricks gave the go-ahead for the release on December 31 in an effort to stabilise water levels in the Orange River.

“The water was observed yesterday near Quthing in Lesotho and we expect it to come through this morning,” said Fiona Septhon, director of community services at Joe Gqabi District Municipality.

After being without water for most of the festive season, there have been some thunder storms in the Gariep catchment area, which brought some relief to the town in the meantime.

“We have been able to extract water from the Orange River and clean it and at this point about 90 per cent of the town has access to drinking water,” said Septhon.

Local farmers, various organisations and travellers have come together to assist the Joe Gqabi Municipality by bringing tanks of water to town and providing assistance where needed.

“The Al Imdaad Foundation was first to come in with bottled water and since then we have been grateful for all the support received from local businesses,” said Septhon.

While the situation in Aliwal North seems to be temporarily stabilised, there are still many surrounding towns that are not yet out of danger.

Volunteers such as Azhar Vadi and his team from Salaamedia, with the assistance of the local Rotary Club, stepped in to donate and distribute water to clinics and residents in the townships of Aliwal North.

“It looks like we’re in the middle of winter, because it is just brown everywhere,” he said.

Christo Venter, a farmer and spokesperson for Agri Eastern Cape, said that from an economic perspective, the impact of the drought would be that crop farmers, especially those in the Ugie and Maclear regions, were not planting or had planted and that such crops had failed.

“Therefore it is becoming more unlikely that winter feed for live stock will be planted.”

What is more, he said, is that it would have a knock-on effect on the economy of the whole district.

Septhon said the Katse Dam would be open as long as it was necessary, but added that “carting water” was not a sustainable solution.

Contact Rotary Club president Jacques Venter on rotaryaliwalnorth@gmail.com if you are able to assist.