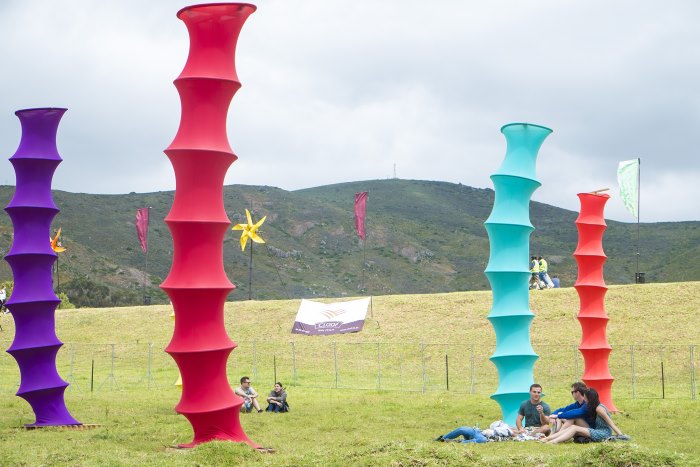 Not only does Daisies never normally disappoint, this year they had their ten-year anniversary celebrations to add to the mix. And keeping this ever-expanding eco-friendly festival event of epic proportions going for so long is a feat worth celebrating indeed!

I was lucky to be able to make it on Thursday already for a change this year with my good friend and awesome photographer Mark Reitz.

As we shuffled off to the vast farmlands of Kloof Wine Estate for some more rock & roll memories, the feeling of anticipation was palpable in the air. Upon our arrival and fast settling into the beauteous camping space known as Daisies Plus, we headed to the Van’s Campsite Stage for our first taste of the action. 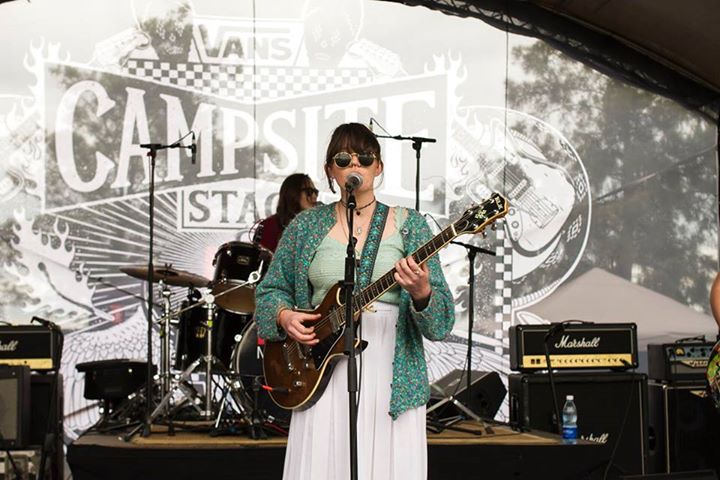 We had hoped to be there in time to catch Heroine, a fantastic all-girl rock band and good friends of ours from the Helderberg area. Due to hitting some inexplicably early traffic, we missed it unfortunately, but our friends told us they were awesome as usual though.

We were there in time for the acoustic folk stylings of Oh Mercy, which was a nice mellow start to the weekend. They are singer-songwriters Andy Lund & Emma du Preez. It was interesting to hear Andy doing something a bit more country sounding, and their vocals blend well together indeed. They are due to launch their Theo Crous-produced debut album Nowhere City in Cape Town later this month with a new rhythm section.

In between the bands on this stage, the folks from Cape Town vinyl shop Roastin’ Records were spinning some tasty tunes without fail, so much so that the audience kept growing steadily until it became a jolly mob in no time. 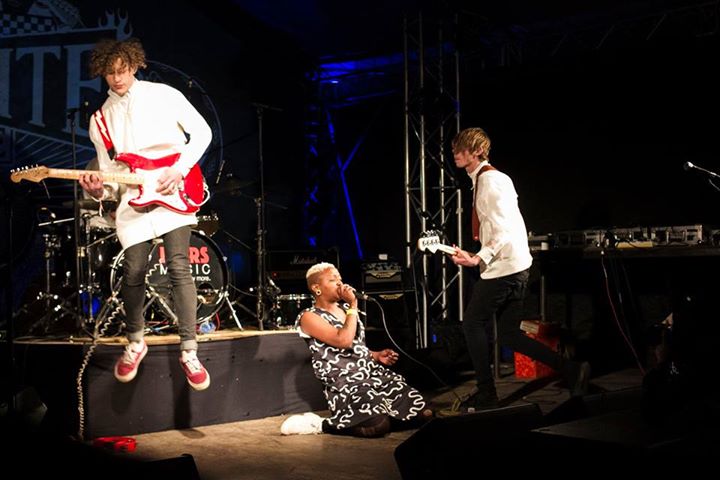 The next band I witnessed was psych-rock/shoegazers Changeling, a Cape Town outfit formed in 2012. With their infectious atmospheric groove and paisley outfits, these guys are serious about their dark ’60s vibe and I can get on board with that. With a history of drummers that rivals Spinal Tap, they were the first of many exciting new bands I would be introduced to over the course of the weekend.

The Pranks are from Durban and used to be known as Fruits and Veggies. Their indie-dance-art-pop was a joy to behold, with a kinetic energy, catchy songs and a completely fearless drummer always ready to drive things to an even more epic level. 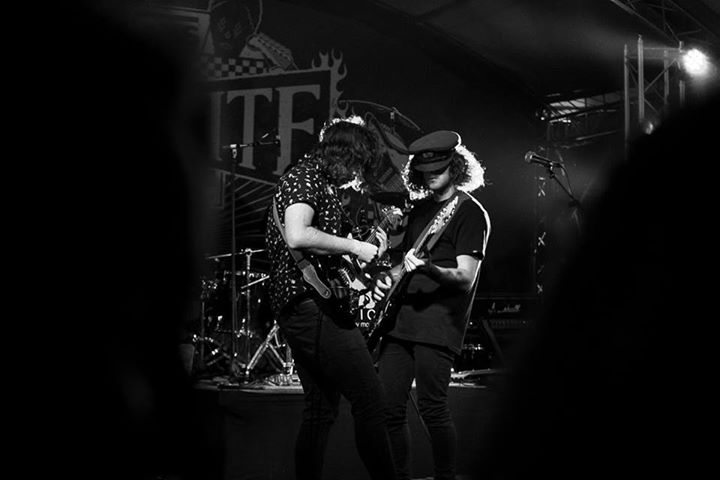 The first night came to a thunderous conclusion with brank spanking new Hermanus garage rock band Retro Dizzy. Their show marries loose riffage with solid grooves and rock star reflexes such as instrument abuse and a shared bottle of Jack Daniels. I found myself absolutely enthralled by these guys. Check out their recently released album Creatures Of The Black Desert here. 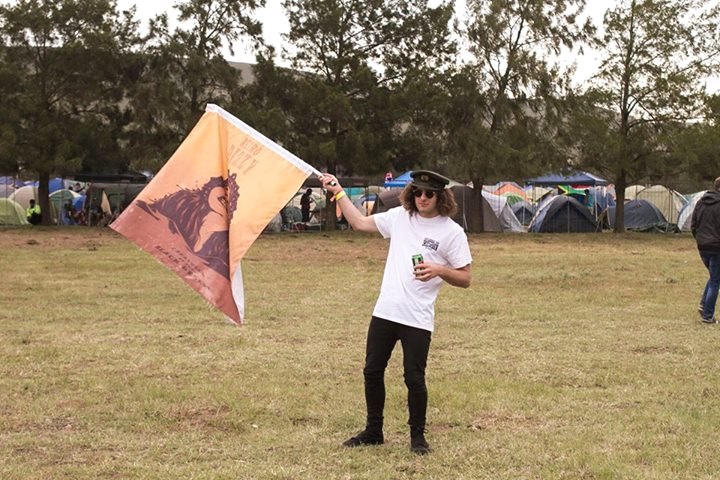 I then headed to bed, and drifed off to dreamland to the sounds of our campsite’s own DJ rig, with blissful electro the ideal comedown from the day and evening’s adventures. 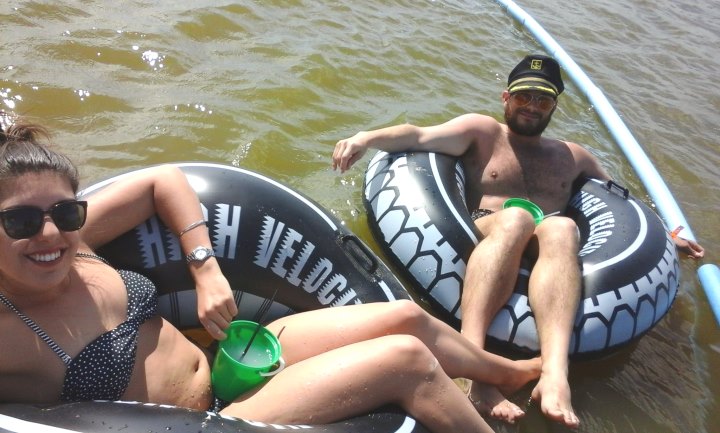 The next day the crowds started building quickly, heading to an eventual number of 22,000 people apparently. Of course, the whole party started moving further up the hill as other stages started springing to life and we could head up to the main festival area.

They put a lot of effort into various decorations, installations and parades to celebrate ten years of Daisies, which was a joy to behold over the course of the weekend. 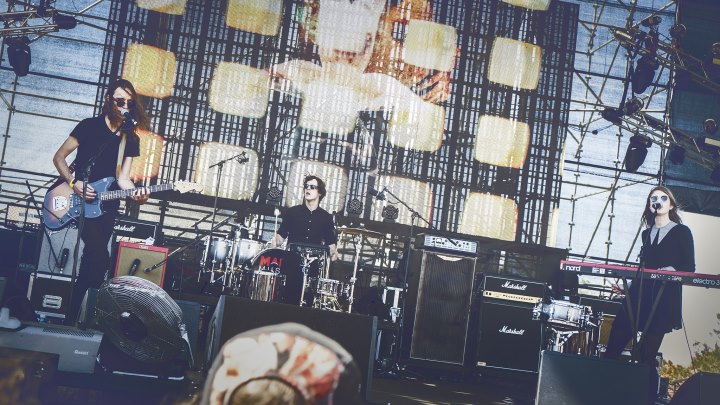 After a bit of initial exploring, I found myself at the Main Stage anticipating the fuzzed garage pop bliss of Medicine Boy. Having seen this incredible duo at various smaller venues in Stellies and Cape Town, I was curious to see what they could do with a huge festival rig and eager Saturday afternoon crowd, and they did not disappoint.

Andre and Lucy’s stage presence is undeniable, and with a razor-sharp sound, their pulsating songs got the day off to a decidedly excellent start. Having recently added Very Wicked drummer Werner Von Waltsleben to the fold, they now have an even more powerful sound live and are not to be missed. 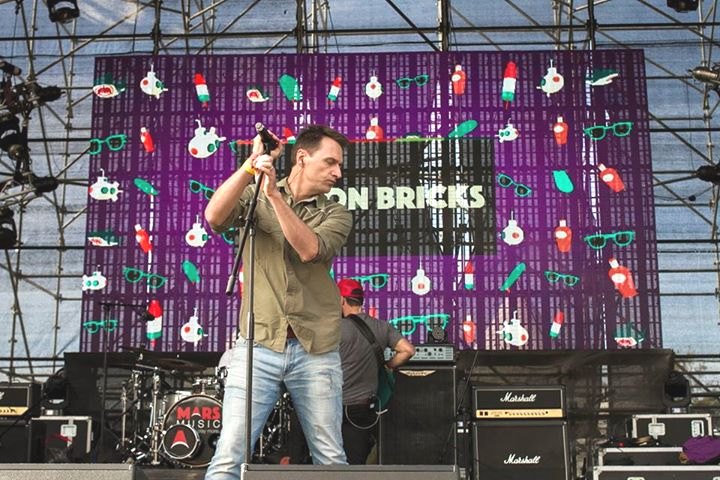 Something that ties this anniversary weekend with my own very first Rocking The Daisies experiences is Bed on Bricks. They played there back in 2008 and utterly ruled Friday night, as they so often tend to  do at festivals.

Their set this year was another feast for the ears, with their infectious grooves and righteous lyrics entirely unaffected by the years gone by. I’ve also been loving new songs like Kings at their shows lately, and would certainly welcome more new material from these guys. 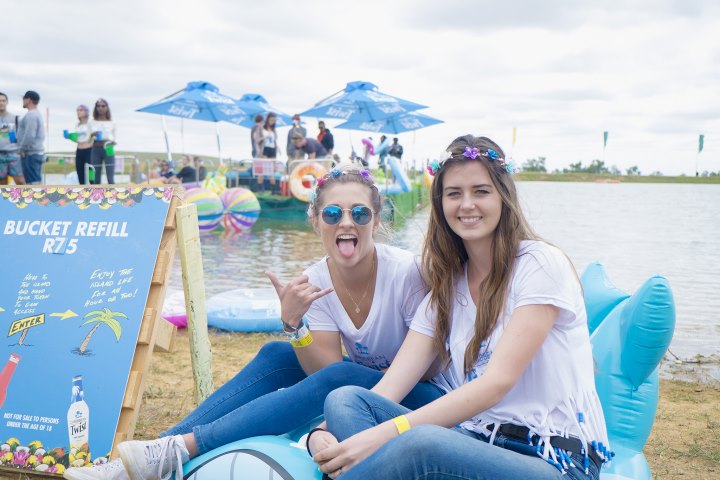 Throughout all the madness, the Caribbean Twist Beach Bar is always waiting for you when you are in need of pastoral views, pleasing electro tunes and floating in the sun. I had many a memorable experience there with friends old and new.

Just around the corner in the Nu World Beat Club, I witnessed the considerable grandeur of eight-piece swing and funk band The Swingsetters. I was curious to see what my talented sax player friend Jess van der Merwe has been up to and was not disappointed as per usual. 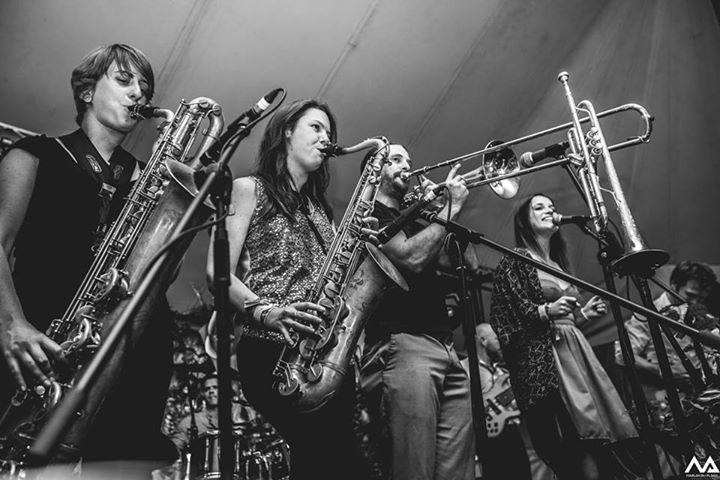 These guys deftly meld various styles together and create an intoxicating musical brew, with some examples being their mind-blowing swing/jazz versions of contemporary songs by Oasis and Christina Aguilera. They put in a considered and varied set, and for the most part incited a funky jamathon. 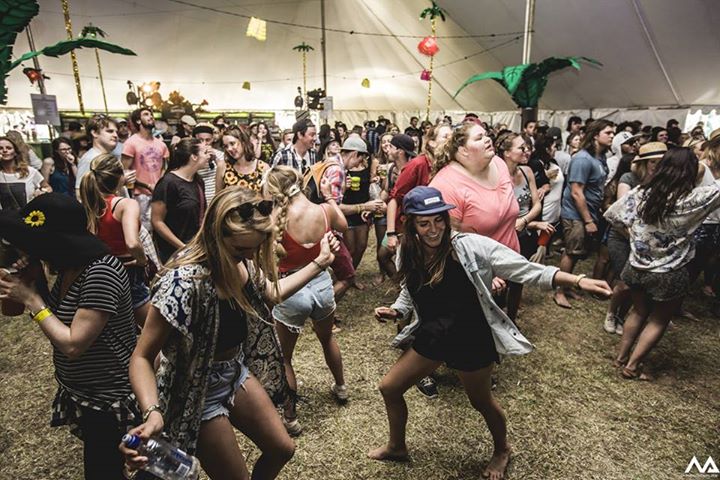 Kicking off an insane Friday night at the Main Stage was the formidable Sannie Fox. I’ve been a fan of Sannie’s since that 2008 Daisies where she wowed us with Mean Black Mamba. Since then, I’ve loved Machineri and now she is blossoming in her solo career. 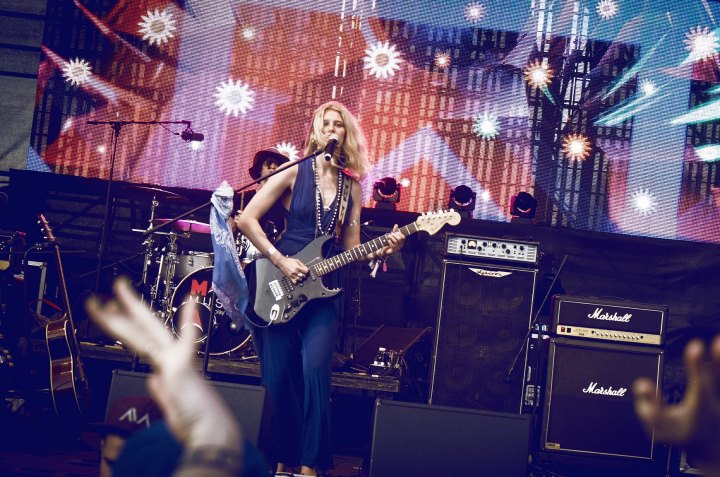 Her set was utterly incredible as always. Her Eastern-inflected songs and sensitive fretwork were assisted by an airtight yet playful rhythm section comprised of TheCITY bassist Ryan MacArthur and Werner Von Waltzleben back on the sticks (and now sporting a hat).

Bateleur are a music connoisseur’s band. Their complex mathematical rhythms and cascading arpeggios are something quite magical to witness. Having only ever seen them bundled into a tiny venue in Stellenbosch before, I was curious to see their music envelope the Daisies crowd and it was pure aural bliss. Their music spans various genres with ease and needs to be heard to be believed. 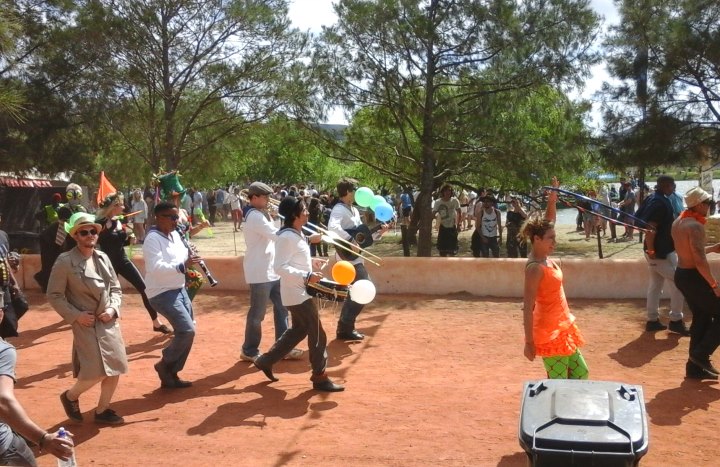 Over in the Electro Dome, bonkers Cape Town rappers P.H. Fat were ready to blow our minds once again. Their irresistible bouncy beats and incredible light show animated the massive crowd (the Dome was completely full and plenty of people were standing outside it too for a little more dancing room). 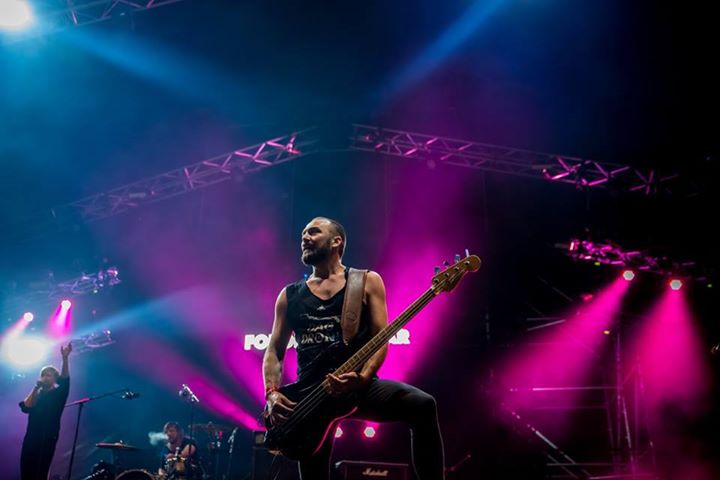 I was so glad to hear that Fokofpolisiekar would also be joining us this year. Their punchy songs, irresistible stage energy and camaraderie are always a highlight. And here as one of only two Afrikaans acts (the other being the always captivating Jack Parow), they seized the moment and delivered an impassioned set. Francois Van Coke even did his trademark crowd surf (to the delight of the crowd). 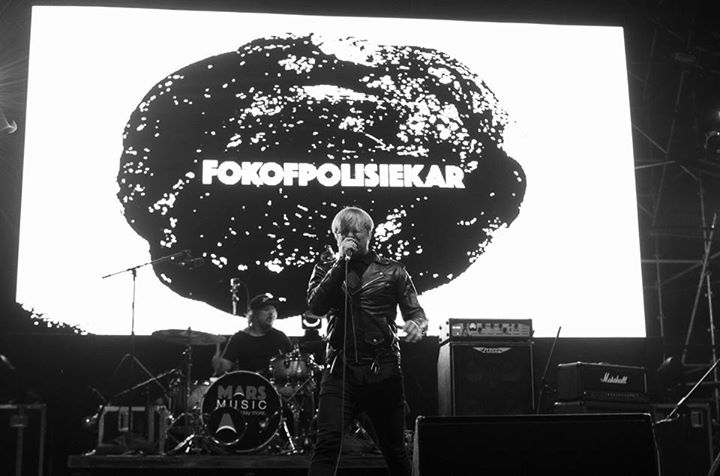 Like so many others who came to RTD 2015, I was super amped to see eccentric Australian outfit The Cat Empire. A huge fuss was kicked up online in order to get these guys to come play, which they were clearly very appreciative of, because they put in a long, spellbinding set that laughed in the face of potentially disastrous sound problems (the audience PA cut out mid set). 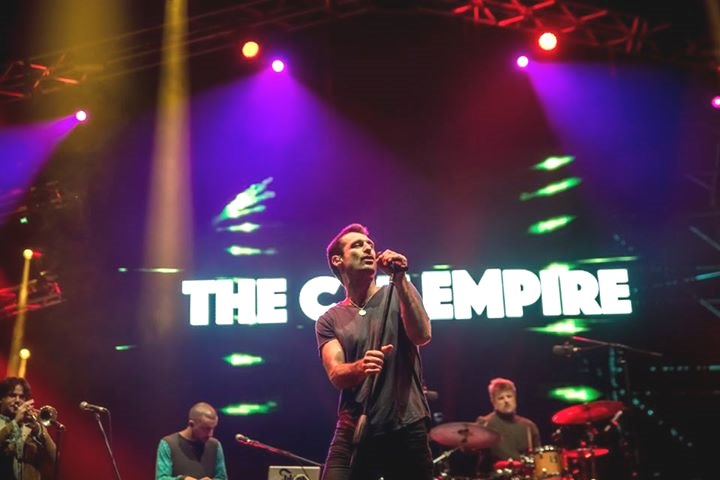 Highlights of their set included Hello, The Wine Song and of course, The Chariot. They incorporated many genres (often within one song), and there was literally something for everyone, mostly within the reggae-ska-Brazilian street party range. 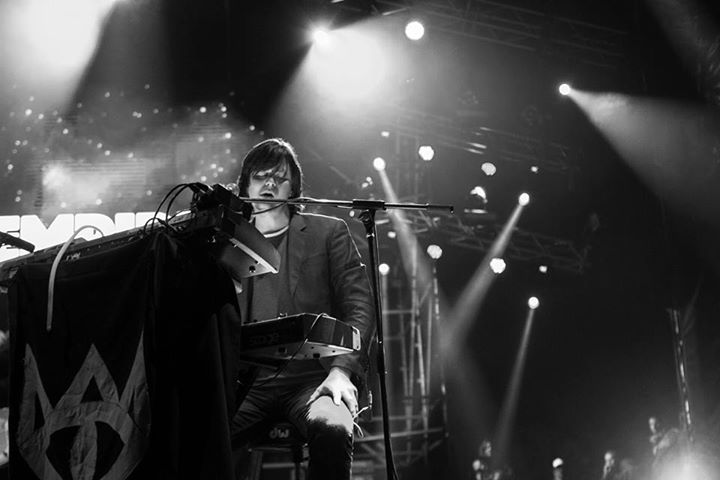 Over in the idyllic hula-hoop and shrubbery-laden Green Village, a special country folk band from Stellenbosch were getting ready to take to the always funky Hemp Stage. 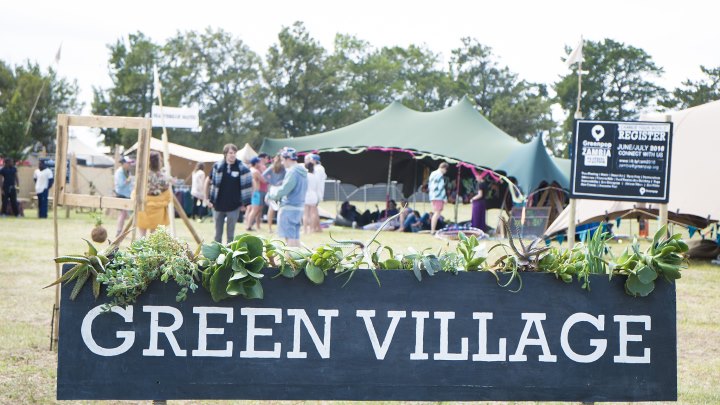 Betsy Beers are comprised of sisters Landi & Zelmari Degenaar on various acoustic instruments, Gerhardt Claassen (of VoortVlugtend) on electric guitar and JC Bougas (of the now-defunct Joint State) on bass. Their easy going but driving songs were just the thing to chill out and dance to as the evening approached. 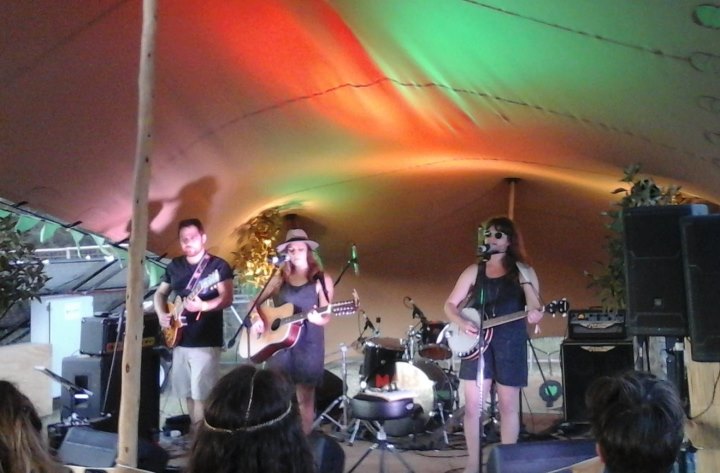 The Kooks are an indie rock band that I knew very little about coming to the festival. I remember a song or two from radio rotation years ago.

Regardless of my naiveté, I was promptly swept up by the British band’s set. They held their own as this year’s international rock act, with thoughtfully arranged songs and a tight performance indeed. I will be investigating this band more going forward.

Despite there being thousands more people this year than last, the festival layout was spread out enough so that it never felt crowded. An incredible feat indeed! Other problems of the past were also addressed, such as water points. There were many more all over the place this time, an important thing for a large crowd in such a dry area. 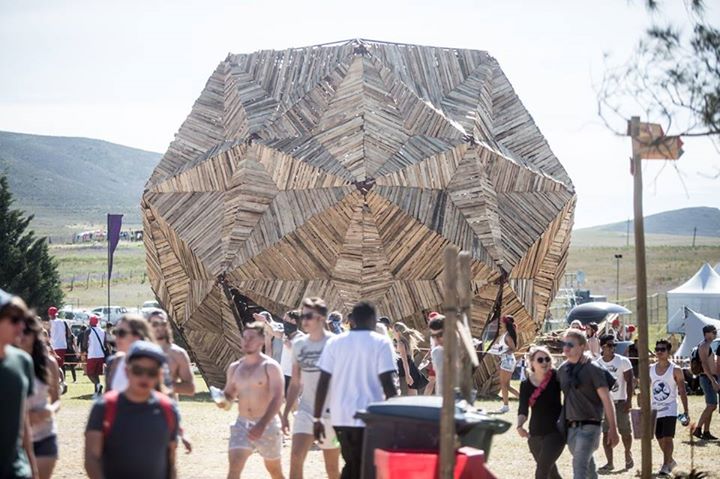 The TrashBack stalls were also back in full swing this year, and I personally relished in the opportunity to clean up some festival waste in return for free drinks. Many others did too. The festival also had teams of cleaners going around picking up waste periodically, so that the environment could remain quite pristine and picturesque for the most part and rubbish could be collected and sorted for recycling at an efficient rate.

They employed a new exit pulse system this year, opening each exit point one at a time for 2.5 minutes, to limit waiting times. This worked like a bomb! We had the smoothest exit experience I have ever had at Rocking The Daisies.

A big thank you to all the incredible bands and fellow party-goers, as well as Seed Experiences for yet another humdinger of a festival. Now please 2016, hurry up and get here so that we can go back!