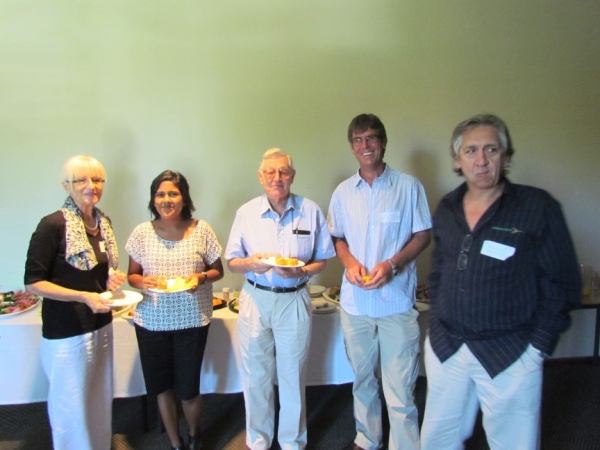 A touch of tentative hope in the air surrounds the more than six year long battles in the Stellenbosch area by sensitive residents, who have and are suffering from the ill effects of toxic spray drift from neighbouring wine farms.

The event which gave me hope that things will now be moving towards giving effected residents a proper hearing and respite from their troubles was the first meeting of a public participation process during which the Stellenbosch Municipality will be drawing up a long awaited Air Quality Management Plan (AQMP) for the area.

There was supposed to be 3 different groups represented here: industries, farmers and residents. Whilst the industry sector was well represented, there was not one farmer to be seen. This added fuel to the fire of the affected residents, who are members of a special pressure group, The Air that I Breathe (TATIB), who has been fighting this battle for some years now.

Town planner, Bernabé de la Bat, opened the meeting before the consultant tasked with the drawing up of this plan, Dr. Mark Zunckel of uMoya-NILU Consulting (Pty) Ltd set about explaining the process that will be followed to draw up this plan.

According to our Constitution, and specifically Act 108 of 1996, every person has the right to clean air that is not harmful to their health and wellbeing. Yet over the years the air in our towns and cities has deteriorated due to human activities that produce air pollution.
Air pollution is defined as “the presence of one or more contaminants in the atmosphere with the potential to impact negatively on human, animal or plant life.” Examples include dust, ozone (O3), carbon monoxide (CO), oxides of nitrogen (NOx), sulphur dioxide (SO2) and volatile organic compounds (VOC’s). 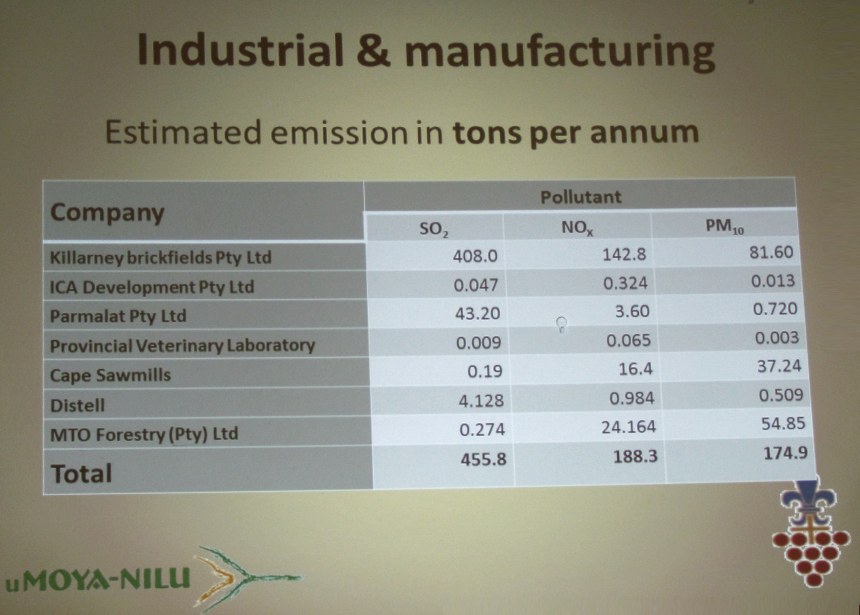 According to the Air Quality Act, every municipality is required to have an AQMP and must appoint an Air Quality Manager to see to the implementation of this plan. The Western Cape also has a provincial AQMP under which the Cape Winelands District falls with its own AQMP. Stellenbosch would be the second municipality after Drakenstein to draw up such a plan for the area.

Dr. Zunckel explained what this process would entail:

“According to the classical list of pollutants, with old indicators, air quality is relatively good in Stellenbosch,” said Dr. Zunckel. This was followed by a stream of questions and complaints from affected residents, clearly frustrated after struggling – some for years – for a proper response and the protection our Constitution supposedly grants them.

Stellenbosch is in the unique position to push and agenda for the rest of the country.

“The Province is busy with a needs assessment for comprehensive human health risk and chemical spraying is one of the aspects under scrutiny,” said Jeff Jefferson, a representative from the Department of Environmental Affairs.

He encouraged those present to participate in that process. The next meeting to discuss that assessment will be held on 11 February in the Auditorium in Milnerton.

Dr. Zunckel will now do a baseline assessment, and then formulate the second workshop. The process needs to be completed by May. He also said they will try to elevate this matter to provincial and national levels.

Although I left the meeting feeling somewhat hopeful that this matter will finally get the attention it deserves, TATIB members seemed more sceptical.

Residents’ names have been withheld to protect their identities.