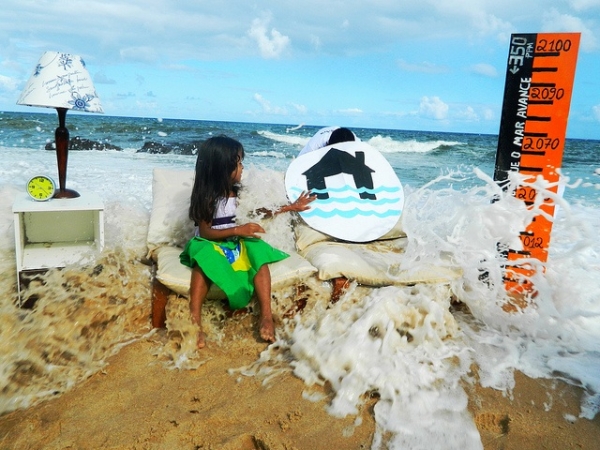 From every corner of the earth people have been doing their best to Connect the Dots on climate change. And their best has been pretty amazing — we have photos from beneath the ocean waves and from high-altitude glaciers, from the middle of big cities fighting sea level rise and remote deserts battling drought.

Above is one of the most vivid photos of the bunch – just a taste of what it feels like to have the water rising around you, and the tip of the iceberg of the creative masterworks of the past 24 hours.

Soon, we are going to need you to fight the political battles that will make use of these images, but for now just relax and enjoy the feeling of solidarity that comes from knowing there are millions of people thinking the same way, harboring the same fears and, more importantly, the same hopes.

Here are some of the contributions from Africa: 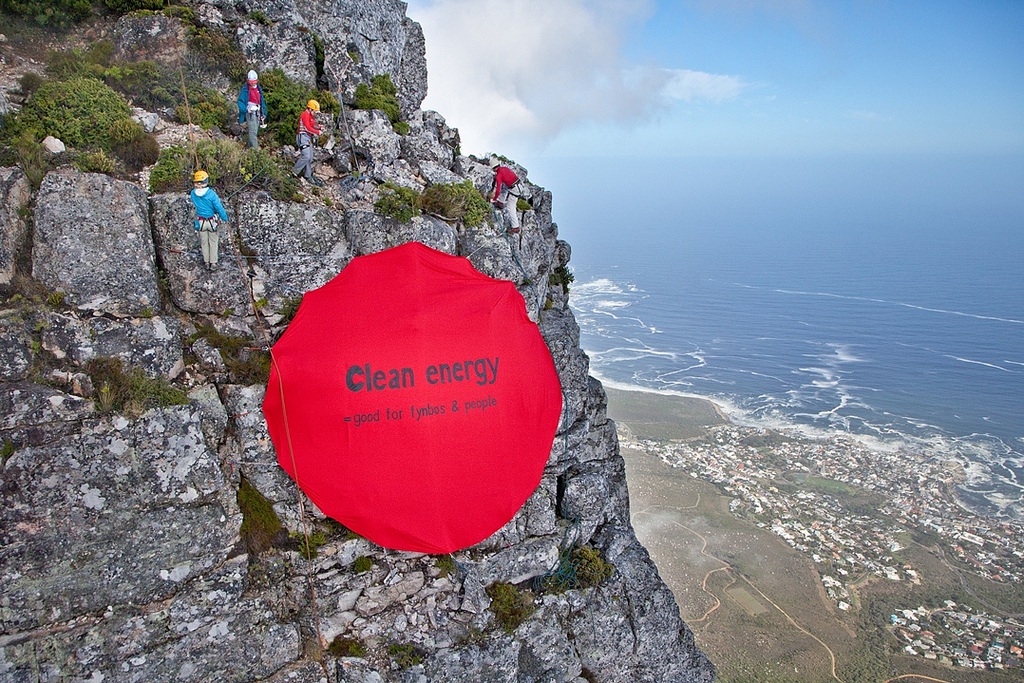 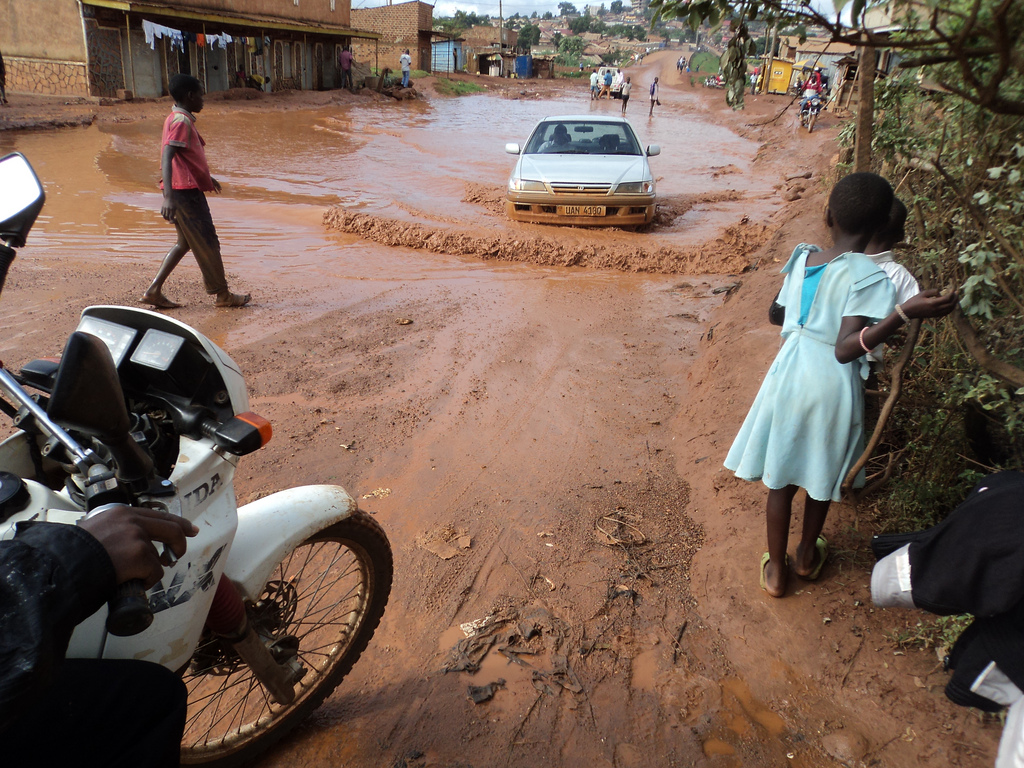 This part of Kampala (Bwaise) is always flooding, people are seasonally housed into their buildings because much of the time their houses are invaded by floods. 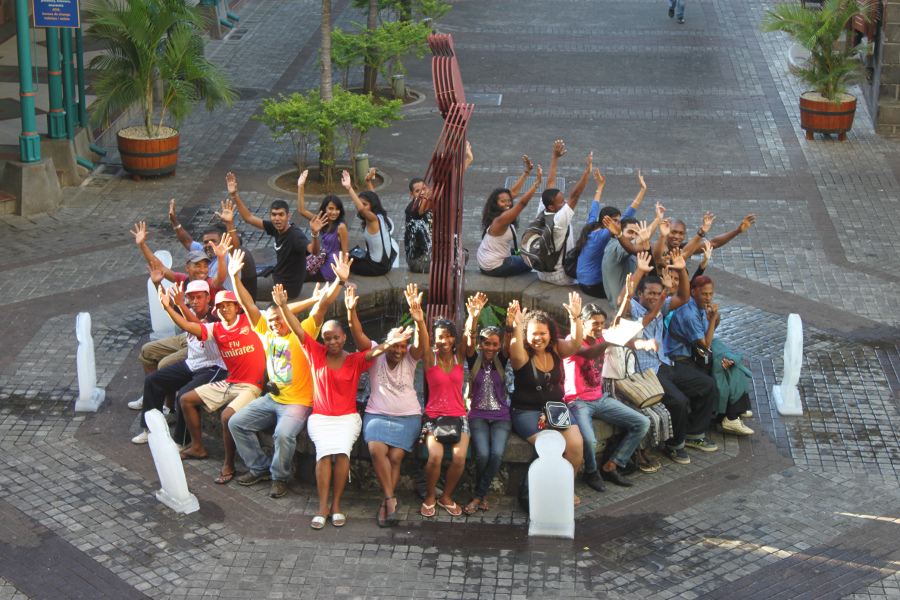 Mauritian activist groups AzirMoris and FreeArt teamed up to bring awareness right into the heart of one of the most glamorous and busiest Shopping Malls of Mauritius, Le Caudan Waterfront. 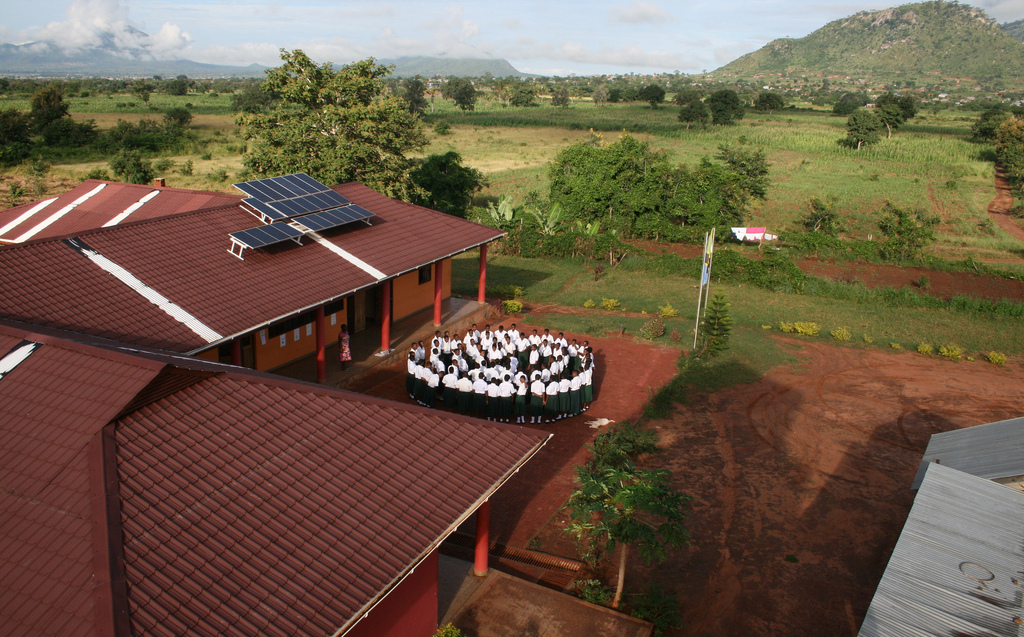 Students at SEGA Girls Secondary School in Morogoro, Tanzania, a school for bright and vulnerable girls who have been given a second chance to finish their education, gather in their school assembly grounds to speak out against climate change by creating a human dot. 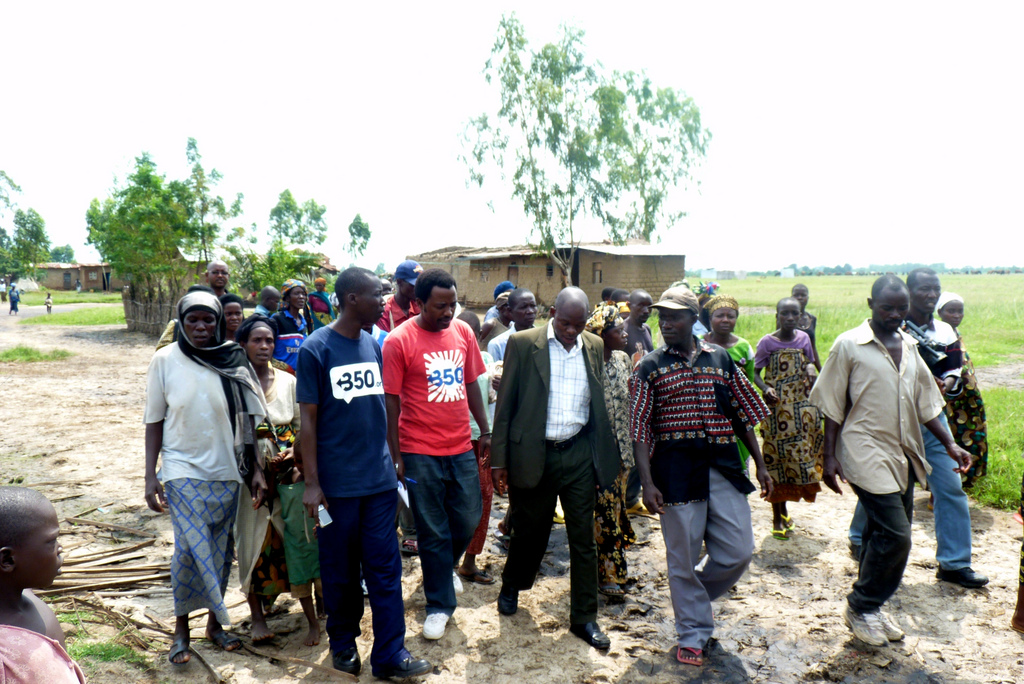 Chiefs of a village in Burundi show the local 350 team the ravages from a recent flood. 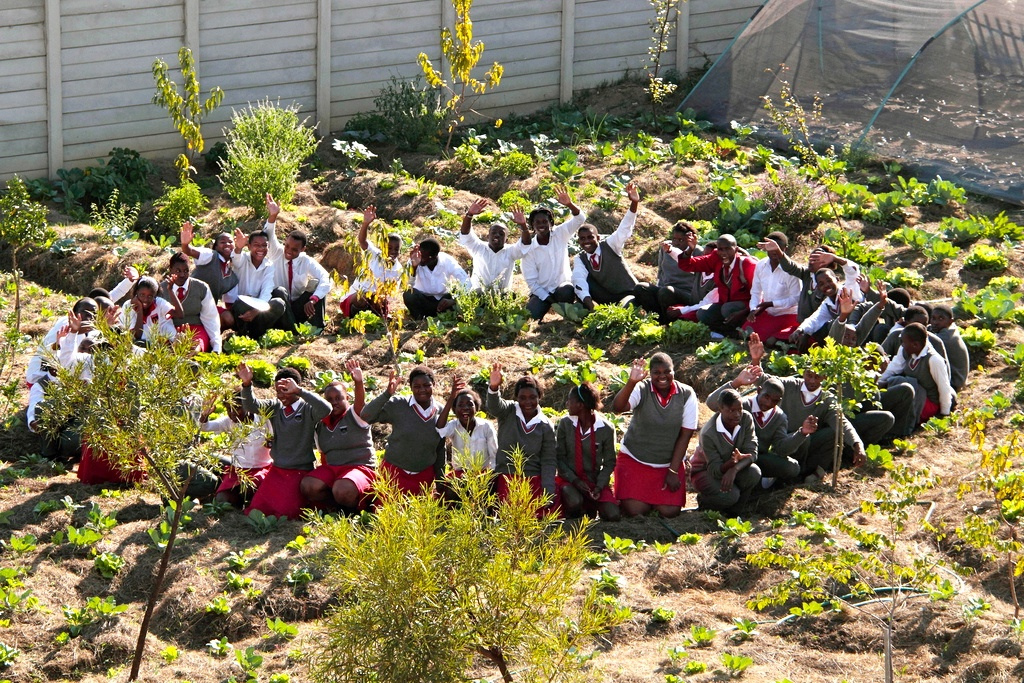 Students in Johannesburg form a “dot” in a community garden to “connect the dots” between local solutions – like local agriculture – and the broader changes needed to solve the climate crisis. 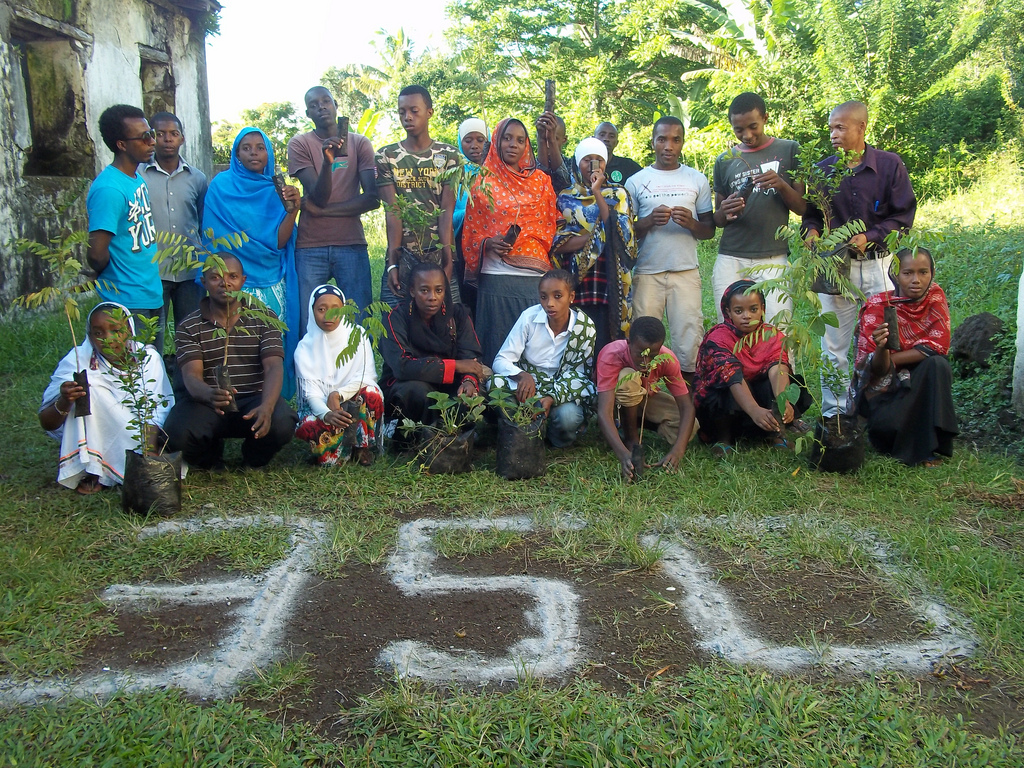 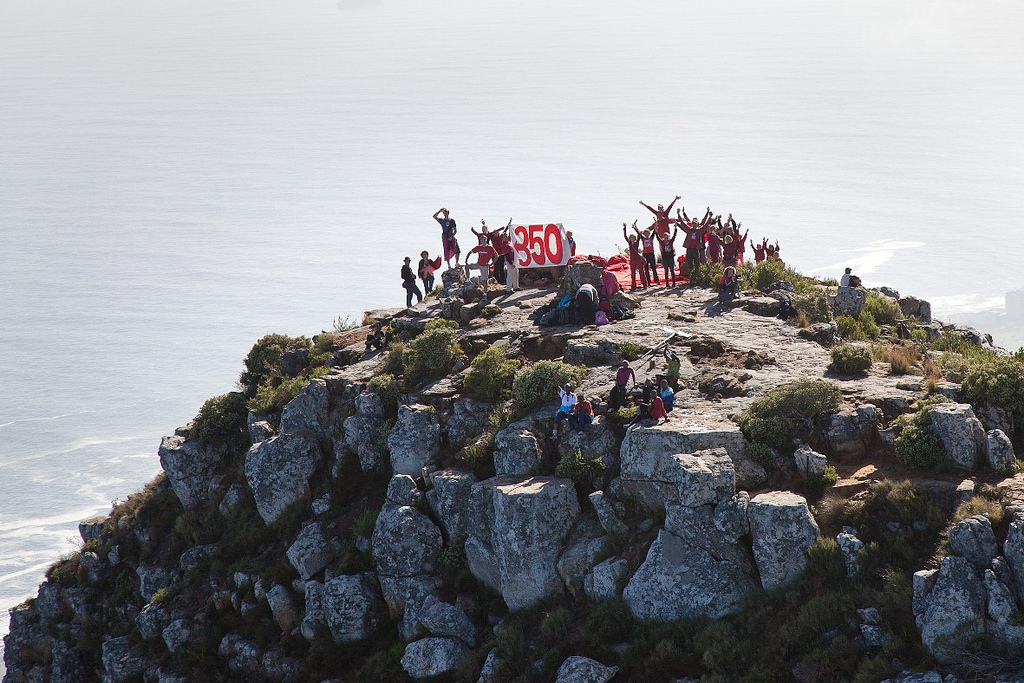 A group connects the dots between decreased rain fall and fragile plant systems on top of Lion’s Head. Lion’s Head, as part of the Table Mountain National Park, has special significance, as its slopes are covered by beautiful, fragile fynbos, which is threatened by rising temperatures and future rainfall uncertainty.