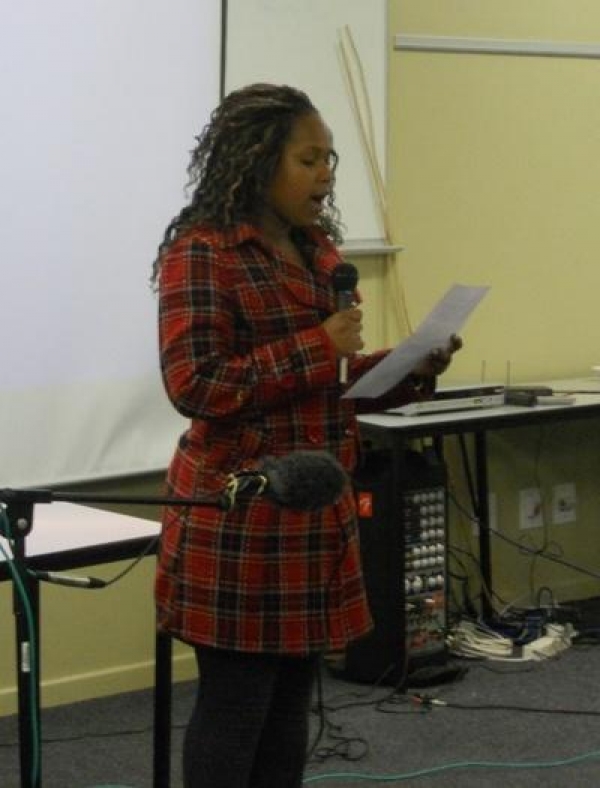 On 16 Sept 2010, CAP, in collaboration with partners Endangered Wildlife Trust and Conservation International South Africa (CI-SA), the South African National Biodiversity Institute, the Conservation Communications Forum and the British Consulate General, hosted a screening of ‘The Age of Stupid’ at the Kirstenbosch Research Centre. The British Consulate General approached CAP to screen the film as part of their campaign to encourage people to reduce their emissions by 10% in 2010.

They had a fantastic turnout of 140 people including educationalists, engineers, conservationists, policy makers, students, activists, artists and journalists. Frank Hawkins, the head of Conservation International’s African division, Sarah Frazee, director of CI-SA’s Hotspots Programme, and other CI-SA staff celebrated the launch of their new logo and the signing of the transfer of business agreement by attending the screening.

The climate change documentary, directed by Franny Armstrong and produced by John Battsek, tells the story of an archivist living in 2055 reflecting on why humankind failed to address the threat of climate change when we had the chance.

The movie compares the effects of climate change in emerging and developed economies and addresses over-consumption and the impacts of flying.

It looks at renewable energy and the challenges faced by advocates these technologies. The film culminates with a powerful message around the question of how to share responsibility for change as well as allocating rights to the remaining carbon space equitably.

The screening was followed by a panel discussion chaired by Dr. Peter Johnston of the Climate Systems Analysis Group (UCT), and including Dr. Phoebe Barnard and Dr. Guy Midgley (senior scientist and chief director respectively of the SANBI Bio-adaptation and climate change programme) and Dr. Suzanne Carter (climate change policy officer of the British Consulate General). Akhona Nikeva, an undergraduate student from UCT was invited to represent a youth perspective about climate change, highlighting the need for positive messaging that empowers people to act and shows the link with improving people’s living circumstances.

Use this carbon calculator to measure your carbon footprint and to find out more on what you can do.

‘There is no need for pessimism, but we have to be motivated now’ (Dr Phoebe Barnard, SANBI)