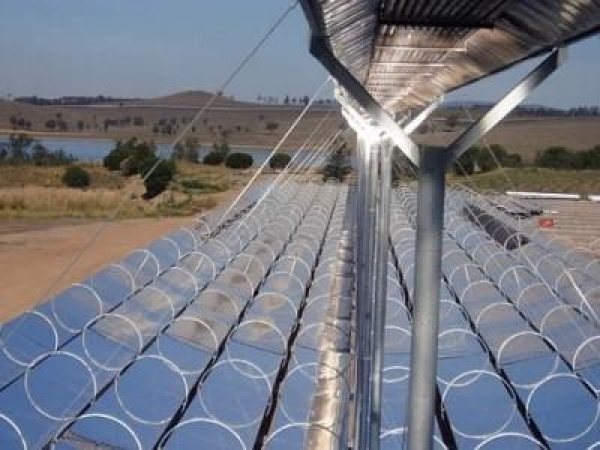 In Part 2 of the CSP Today South Africa Guide, we look at how South Africa should be readily embracing concentrating solar power (CSP) as a low-carbon, sustainable, base load energy alternative to coal. So why do its energy authorities remain unconvinced?

Forget green energy: while most nations are concerned about carbon reduction, South Africa seems more worried about how quickly it can build coal-fired power plants. The top two new generation projects in the country are coal-based. One, the six-turbine Medupi power station near Lephalale in Limpopo province, is scheduled for completion in 1015, and will add a total of 4,788 MW of installed capacity to the South African grid.

The second new plant, Kisule, is near an existing power station in the Delmas municipal area of the Mpumulanga province and will also be one of the largest coal plants in the world, again boasting six units with 800 MW each, totalling 4,800 MW. Anglo Coal South Africa has already committed to supply 17 million tons of coal to power the plant over 47 years.

Why the rush to build coal-fired plants?

The problem, says Andrew Hibberd, group leader for energy efficiency at the University of Cape Town Energy Research Centre (ERC), is that South Africa badly needs to add generation capacity, and coal is seen as a simple and quick remedy. Since 2008 South Africa has been subject to planned rolling blackouts where Eskom, the country’s main power company, has shut down parts of the grid to maintain its integrity in times of tight energy supply, a practice called load shedding.

While ‘we haven’t had any for a while,’ Hibberd says, ‘energy supply is tight. The reserve margins are below what Eskom would like, because of a lack of capacity and forward planning. There wasn’t enough capacity built for the increase over the last couple of decades.

‘The immediate need is for a lot more capacity quickly, and coal is there and can be ramped up very quickly. Even nuclear was shelved in the short term because of lead times.’

Eskom, which supplies 95% of the electricity in the country, says it is ploughing ZAR385 billion (USD$48.6 billion) into new generation projects up until 2013 and plans to have spent in excess of R1 trillion ($126 billion) by 2026, doubling its capacity to 80,000 MW, according to published figures.

The big attraction of CSP, says Ndebele, is its dispatchability. ‘CSP with storage and hybridisation gives you the ability to operate around the clock. It is a perfect fit. It could replace nuclear in the future and we can do it in the short term.’

CSP systems can be sized in a modular approach ranging from village power (using sterling dish) to large scale utility grid-connected applications. Some systems use thermal storage during cloudy periods or at night. Others can be combined with natural gas and the resulting hybrid power plants provide high-value, dispatchable power. These attributes, along with world record solar-to-electric conversion efficiencies, make concentrating solar power an attractive renewable energy option in the sunbelt regions worldwide, and especially South Africa.

Generation is highly predictable, and can be coupled with thermal storage or hybridisation, with gas or biomass, enabling stable national networks. CSP plants have favourable inertial response as well as the capability for primary, secondary and tertiary electrical regulation in both directions, up and down.

CSP plants can meet the demand at any time, day and night, and can supply electricity at peak hours if they are anticipated. Furthermore these plants can easily meet the demand curve and contribute to the electrical system’s stability through the input of substantial amounts of other less dispatchable renewable resources in the electrical systems.