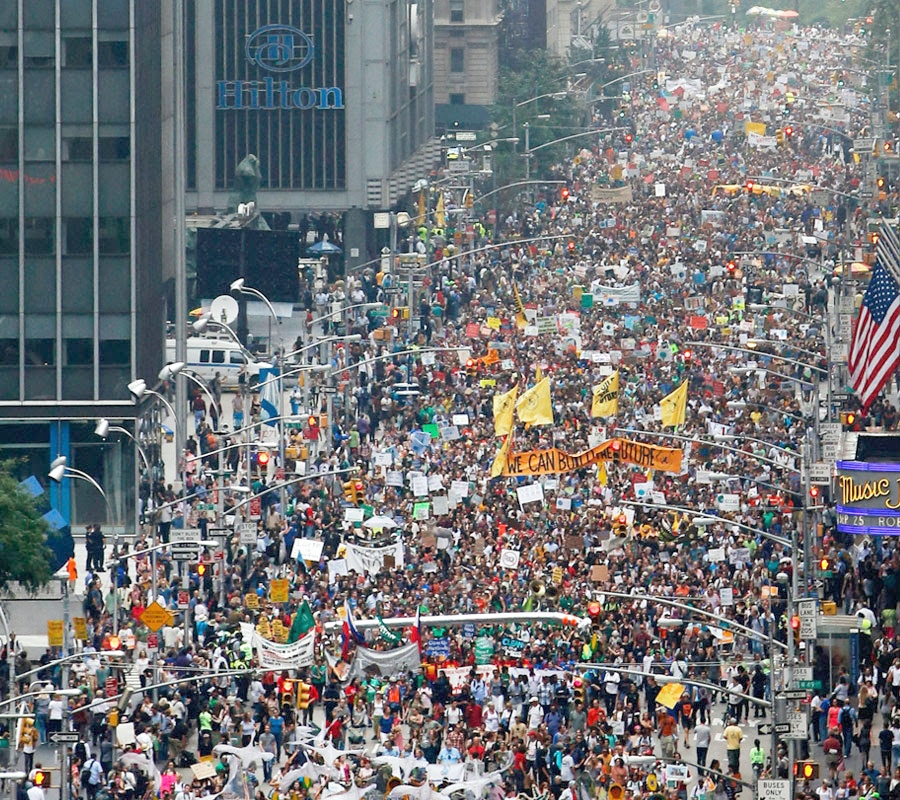 Months ago, the Avaaz community decided on a crazy goal – the largest mobilisation on climate change in history. Last week, they blew past their wildest expectations, with a climate march 6 times the size of anything before it!

Over 675,000 of us marched around the world. It was a beautiful expression of our love for all that climate change threatens, and our hope that we can save this world and build a society powered by 100% safe, clean energy.

Together, we made history, but it’s just the beginning. The crucial Paris climate summit is 15 months from now — that’s where we need a global deal. 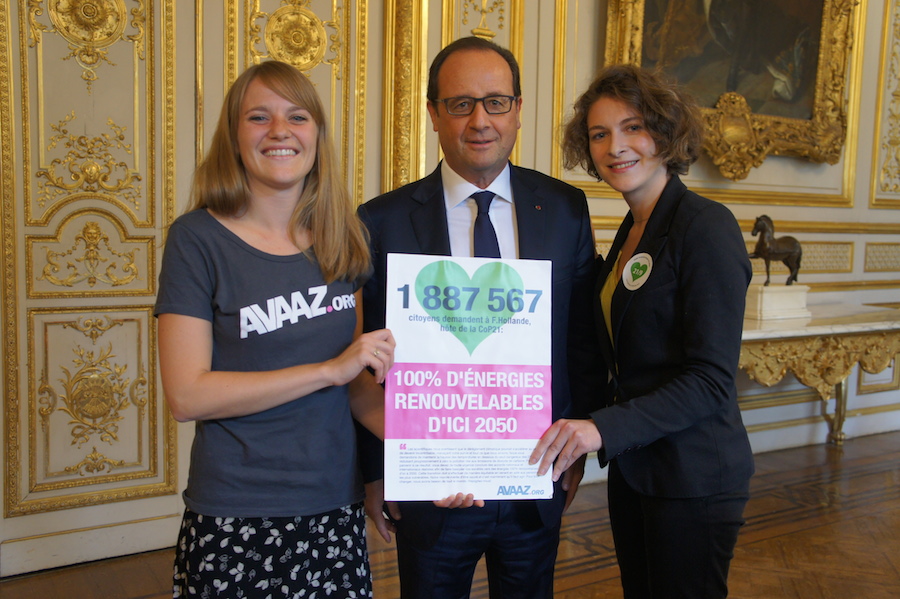 By March next year, countries have pledged to make their national commitments — so our movement will divide to focus on these national targets. But every few months until Paris we’ll come together globally again and again, bigger and bigger, to beat a drum for change, for 100% clean energy, that our leaders can only follow. The movement we’ve been waiting for has begun. 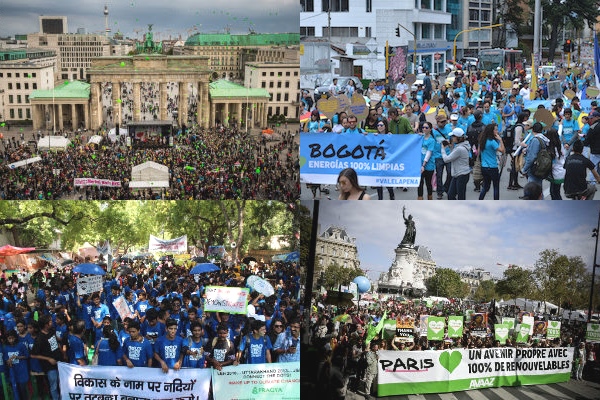 PS – Avaaz worked with thousands of organisations to make this day happen and particularly love their friends at 350. But their community deserves to celebrate the step they’ve taken. The Avaaz team and community played a central role in almost all the marches and events held. The Guardian called it “an organising triumph” for Avaaz and the BBC said “the marches brought more people on to the streets than ever before, thanks to the organisational power of the social media site Avaaz.” 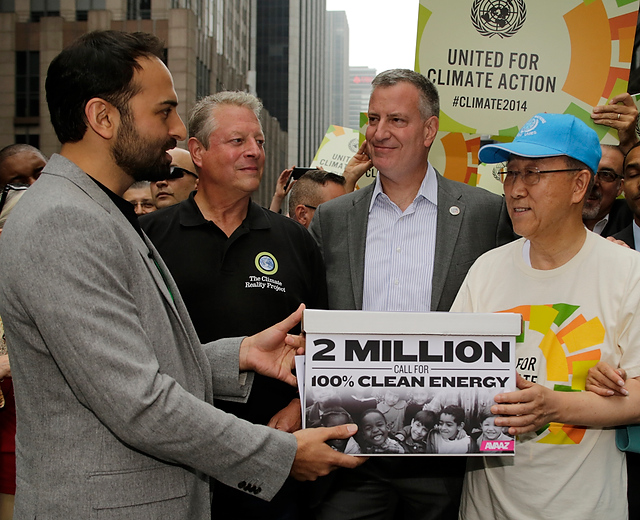 They fielded hundreds of organisers and thousands of volunteers, and donations from our community provided millions in funding to the effort. The challenges of our time call us to be better, and together we’ve done that, growing and changing into a new and more effective kind of movement, a movement that is now both online, and offline. Huge gratitude to everyone who made it happen.