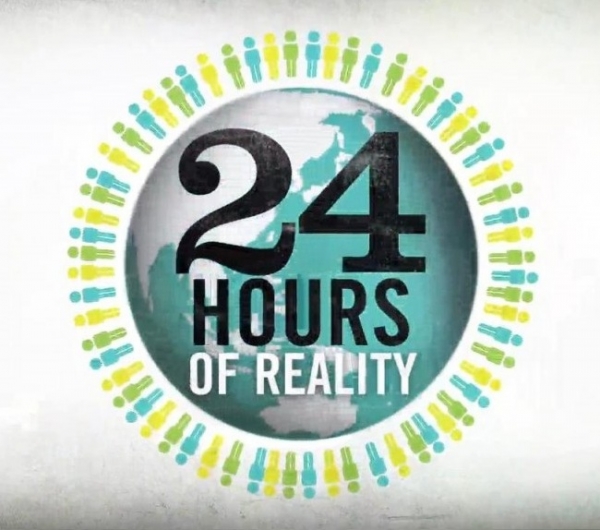 What is the true cost of carbon to the world and to our continent?

24 Hours of Reality hosted the global Cost of Carbon conversation on 22 -23 October which involved over 20 million people through Twitter, Facebook, Google Hangout and Skype. The third annual live streamed show demonstrated how carbon pollution costs different continents around the world.

How does climate change affect the individual?

How can polluters in other continents impact on my daily life? I allowed the Cost of Carbon website to calculate my personal carbon cost using my location. Being situated in the Boland area of the Western Cape, it determined that drought is my biggest risk, followed by wildfires and flooding. With these risks taken into account, it listed the top ten ways that global warming impinges on my lifestyle: higher food prices, water scarcity, decreased water quality, property damage, loss of wildlife, ecological damage, higher insurance, lower maize yields, lower wheat yields and heat related illness.

I find myself wondering, what is Africa’s biggest risk?

The cost of inaction

“People in Africa are the least responsible for carbon emissions, but pay the first and most brutal price in terms of climate impact,” said speaker Kumi Naidoo, the International Executive Director of international environmentalist group Greenpeace. The continent of Africa is ravaged by droughts, food insecurity, political insecurity, conflict, strained resources, and rising sea levels. Between 2010 and 2012, 260 000 Somalis died due to famine.

Ghana sees severe sea level rising up into their coastal cities, like Ada, where erosion has been measured between 6 to 8 metres per year. Climate refugees, who turn to neighbouring countries, find themselves slaughtered due to conflict over strained resources, like the refugees fleeing from the drying Lake Chad to Darfur. 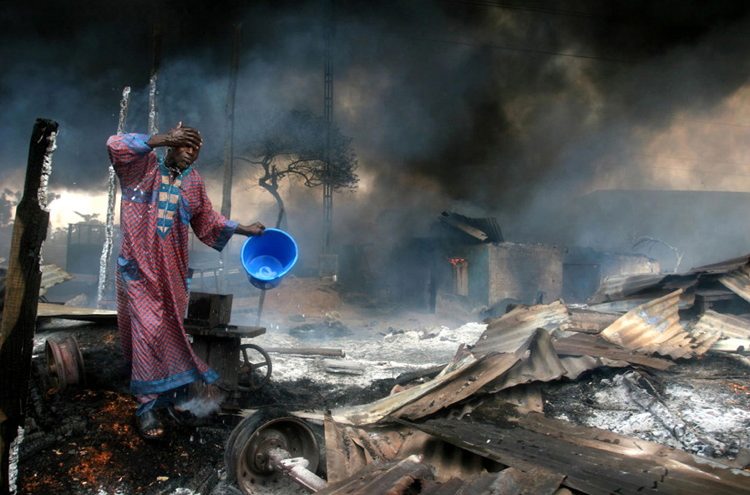 Environmental Scientist Antwi Amoah, from Ghana, said how important it is to “recognize climate change as part of development.” The impact of climate change needs to be calculated into governmental programmes and policies. He also identified the high cost of intervention projects and that investment is required to alleviate conditions of food insecurity. Maggie Fox, President and CEO of The Climate Reality Project, also recognized the importance of political leaders to start speaking up and taking action. To move forward, Africans need to embrace the “it takes a village” philosophy.

Danai Gurira shared her experience of the different mindsets between developed and developing countries. Originally from Zimbabwe, and now an actress and playwright in Hollywood, she noted how her own mindset changed when she returned to her home country. “I am more conscious of being green on the African continent versus here. There is so much available access and excess, so I pay less attention.”

In South Africa the reality of climate change is sometimes overshadowed by our realities of violence against women, poverty and skewed urban-rural development, according to Kumi Naidoo. Tenure insecurity was offered as another possible contributor to food insecurity in the country, by speaker Henry Neufeldt. The lack of secure access to land results in farmers not managing their lands more sustainably, which decreases productivity and results in food insecurity.

How can Africa adapt?

Henry Neufeldt, researcher at World Agroforestry Centre, posed tree planting as a possible contributor to food security. Research in Kenya, planting trees on farms reduced food insecurity by 25% during a time of flooding and drought. The capacity of farmers to adapt and cope with climate shocks increases. “Trees provide diversification of their livelihoods.” The tree provides fruit and food and even timber to sell in crisis situations. “It is not just about planting trees, but more innovative ways of increasing productivity sustainably, reducing water demand for the crops and reducing nutrient demands for the crops.”

Al Gore recognized one of Africa’s biggest challenges: a booming population. “By 2040 Africa will have more people than China or India and by the end of 2100 more than China and India combined.” There is a need to stabilize the population to avoid strain on resources. He identified 4 steps: 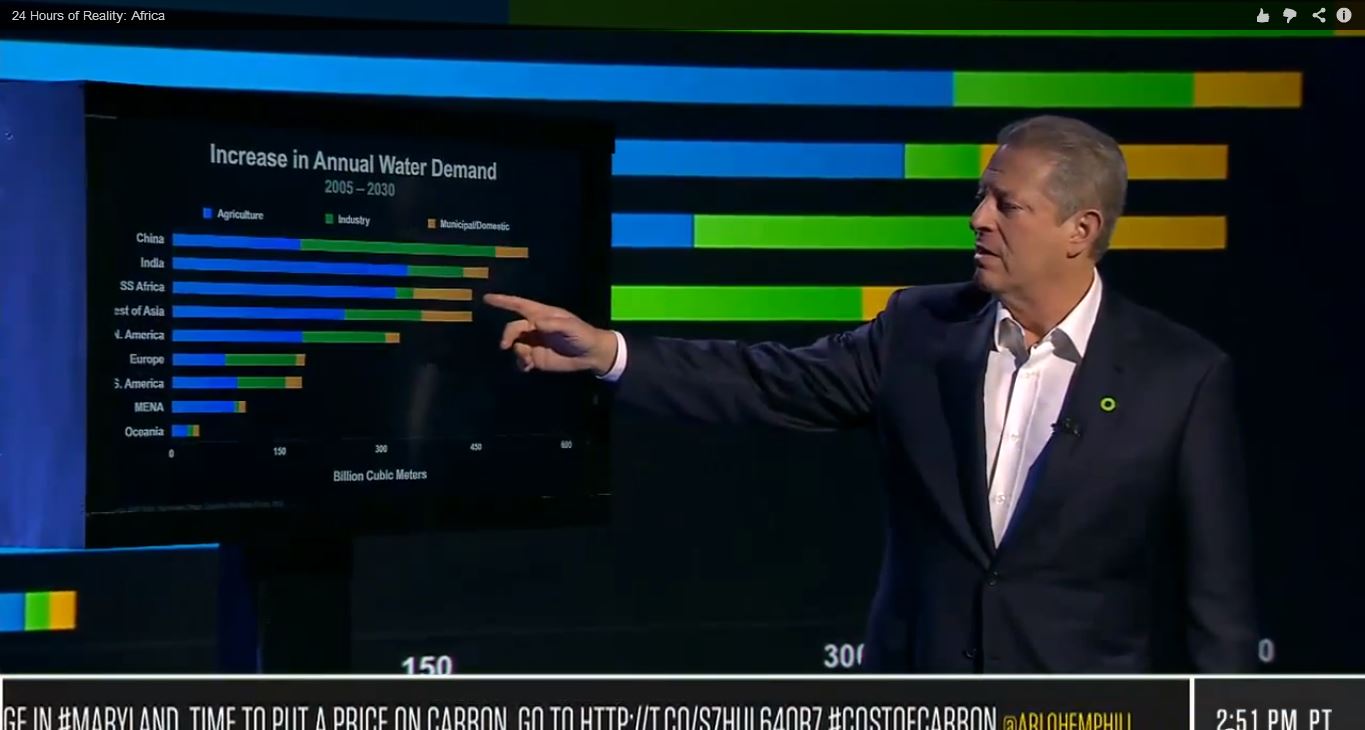 “It is time to put a price on carbon,” Al Gore stated. Climate change costs the economy and the lives of the people. Industries who spur global warming should take responsibility for their actions. They should pay for the damages wreaked by droughts, floods and storms. Al Gore proposed three methods:

Africa is paying the price for carbon polluters in other countries. Climate change is not just an environmental crisis, it is a human crisis. Human beings are not only suffering from natural disasters, but from conflicts exacerbated by strained resources and desperation. However, we can make polluters pay for the damage left in their wake by making them acknowledge their responsibility towards the environment and society.