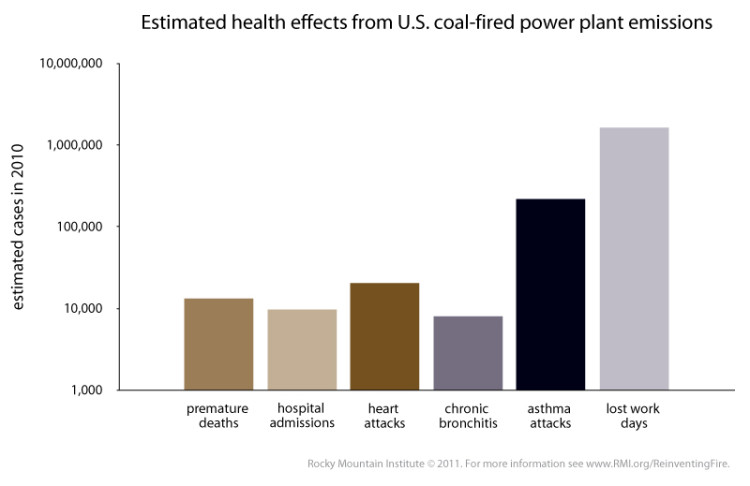 When building new coal fired power stations, are those bent on this path for energy provision factoring in the cost to human health and the environment?

In recent years, South Africa has experienced power deficits and load shedding. Subsequently, the SA government had started building new power stations in order to supplement the country’s socio-economic energy demands. This led to the commissioning of two coal fuelled mega power plants, Kusile and Medupi, which is still under construction. Already, more than 90% of SA’s electricity is coal fuelled, making ours one of the most carbon intensive economies in the world.

It is also sad to note that the cleanest local coal is exported to other countries, like Germany, Japan and Spain … and we use some of the world’s dirtiest coal in the world to fire our power stations. Carbon emissions from these power stations are the greatest cause of climate change.

During the coal power generation process various atmospheric pollutants are produced, such as:

This human induced climate change costs lives every day now due to extreme weather events. The direct cost of these power plants to human health is of concern world-wide: According to the World Health Organisation (WHO) 2011, these coal power stations’ pollutants have been found to cause respiratory ailments such as bronchitis, asthma and lung cancer, as well as cardiac conditions, and coronary obstructive pulmonary disease.

The Centre for Health and the Global Environment at Harvard Medical School estimated the cost of coal to public health and environment caused by coal-fired power in the U.S to be $ 500 bn per annum.

In 2013, similar air pollution induced illnesses have been reported by the Health and Environment Alliance as the cause of 1,600 premature deaths, 68,000 additional days of medication, 363,266 working days lost and more than a million incidents of lower respiratory symptoms, which is costing £1.1 to 3.1 billion (€1.3 to 3.7 billion) each year in the UK.

Developing countries are equally affected by the coal combustion emissions. In India for example, “In 2011-12, the emissions from coal-fired power plants, resulted in an estimated 80,000 to 115,000 premature deaths and more than 20.0 million asthma cases from exposure to total particulate pollution, which cost the public and the government an estimated 16,000 to 23,000 crores of Rupees (USD 3.2 to 4.6 billion)”- Urban Emissions, 2012

In South Africa, information that monetizes the impacts of pollution by coal-fired power plants   is patchy. However, a study done by researchers at the University of Pretoria (UP) revealed that a net coal power generation output of  32.3 million MWh causes  environmental and health hazards of between R6 538 million and R12 690 million per annum.

Medupi to drink 21 billion liters of water per year

The cost to the environment is equally concerning: Coal power plants consume bulk water volumes.   Kusile will require 26.15 million m3 of water per year. Meanwhile, Medupi will consume a staggering 21-billion litres of water per year to be operational!

According to Greenpeace 2012, “new coal-fired power station (Kusile) equates to a hidden cost of an estimated R42 billion per year … only taking into account the water use of the power station. At the high end, the estimated total social damage cost (or externality cost) of Kusile is economically very significant, and could amount to R60.6 billion per year that it operates”.

Kusile to use 173 times more water than wind power

Kusile would use 173 times more water than wind power would use. This will exacerbate the existing water crisis in South Africa. It will probably increase the rate of waterborne diseases and infections in that part of Govan Mbeki Municipality where the station is located.

Of late, the municipality has experienced water service and sanitation delivery challenges, which led the Human Rights Commission to a probe for human rights violations concerning an apparent sewage crisis. Therefore, bulk water consumed by a coal power plant will worsen the water challenges the municipality is facing.

This will lead to costly financial implications. For example, coal producer Sasol mining has donated two suction trucks worth R 3.5 million as their attempt to deal with the spread of waterborne diseases in the Govan Mbeki Municipality.

According to the International Energy Agency 2013 report, “South Africa accounted for 38% of CO2 emissions from fuel combustion across all of Africa in 2011, though it represented only 1% of the global total”. These CO2 emission figures surpass that of most European countries such as France, Spain, Italy and Netherland, and are ranked amongst world’s worst 20 emitters.

On the other hand, the SA Long Term Mitigation Scenario suggests that the country’s emissions will quadruple by 2050 if it does not reduce its coal intense energy usage.

Yet the demand for coal is likely to be intensified by the establishment of coal mega power plants like Medupi, which will be the fourth most carbon intensive plant in the world. It is estimated that Medupi will increase the SA annual carbon emissions by 6.6 %.

Apparently, 35 new mines will be required to supply both Medupi and Kusile with coal. Indeed, this will threaten SA’s environmental integrity. Honestly, there are hidden costs or externalities within the coal supply chain, and the day to day running of the power plants. These externalities are due to the synergistic impact of climate change and environmental degradation.

However, information that quantifies these externalities in South Africa is lacking. Fortunately, a research conducted in 2012 by UP energy economist James Blignaut revealed that the estimated amount of CO2 by the two coal power plants is about 60 million tons (excluding CO2 emissions from construction, transports and coal mining), whilst the estimated damage cost is between R350 million and R49 billion per year (When considering a range of global damage costs of between $0.8 per ton of CO2 and $112 per ton of CO2 ).

According to GroundWork 2012, “The pollution from SA’s energy system results in a R4 billion health cost to the state and a loss of 9 working days per worker each year”.

It is now clear that SA’s coal power generation is unsustainable and threatens public health and the integrity of the environment. Ironically, the country is indulged with an abundance of renewable energy resources such as wind and sun power.

One wind turbine produces approximately 20 million kilowatt-hours per year, and reduces about 1.7 million tons of greenhouse gas emissions annually. In their 2008 Sustainable Energy Briefings report, Earthlife Africa revealed that 48 wind farms would have a power generating capacity as much as Medupi coal plant for an additional R24bn in capital costs, without primary energy costs to pay thereafter.

It is surprising to see that more resources are still directed to the establishment of more coal intense power plants. Apart from the threat to our scarce water resources there is overwhelming evidence of their potential devasting impacts by causing climate change, pollution, and environmental degradation.

In part 2 of this mini-series we will explore the available alternative energy and examine various issues relating to their impact on safety, health, environment, and socio-economic upliftment.