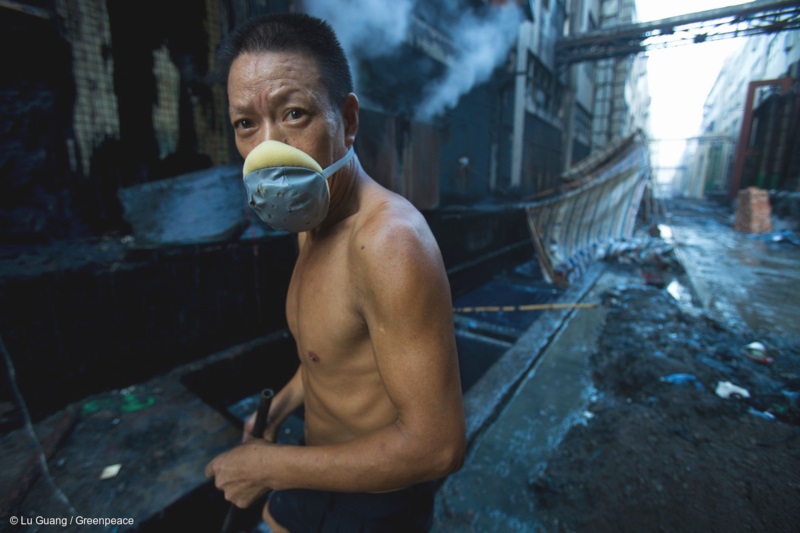 And worst yet, these companies won’t reveal how much toxic carbon they’re spewing into the atmosphere from burning coal — one of the key contributors to both climate change and deadly air pollution.

These denim giants have yet to come clean about their carbon emissions: Calvin Klein, Wrangler, Tommy Hilfiger, American Eagle, Lee, Guess, and Express.

The apparel industry is a huge contributor to global climate change. Manufacturing a single pair of denim jeans produces 44 pounds of CO2, roughly equal to the greenhouse gas emissions from driving a passenger car nearly 50 miles.

One study shows that clothes manufacturing alone generated about 3% of the global CO2 emissions in 2011 – roughly equal to climate pollution created by putting 163 million new cars on the road.

Tragically, global warming will likely have the most severe impacts on the developing countries that produce most of the world’s apparel. This means the people getting paid the least in this industry will bear the brunt of the impacts on their health and homes.

SumOfUs members have been working for years to make sure billionaire CEOs take responsibility for the impacts of their actions. From the neonics used in pesticides that are killing vitally important bee populations to the dangerous effects of palm oil in the food we eat, we’re showing up, paying attention, and keeping corporate power in check.

You’ve helped bring down some big corporate giants when it comes to environmental impact and climate change. Now we need to make sure the denim industry cleans up its supply chain before it’s too late. Join the chorus here.