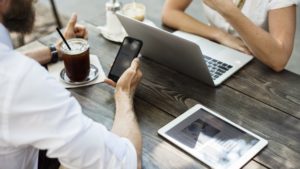 Digital and wireless devices have provided many benefits. However, we are now realizing that the rapid adoption of this novel technology has not been accompanied by adequate regulation, monitoring or safety precautions.

Widespread use of digital media and near constant exposure to wireless devices has caused increasing concern among scientists, health care professionals, psychologists, educators and the public who are now considering this not only a public health issue, but a looming public health crisis.

It appears that we are at the same point of emerging science similar to the early recognition of health impacts associated with tobacco, asbestos, coal dust and lead. These concerns are amplified by industry proposals for a massive expansion of wireless infrastructure and connectivity.

Through both science and observation, we are learning that there are significant adverse health, psychosocial, environmental, privacy and security issues associated with the use of this modern technology. This raises many challenges and questions for physicians and other health care professionals, patients and our society regarding the development and use of this technology. To date digital technology has not been addressed in the U.S. from a public health, individual health or environmental perspective.

The abundance of peer reviewed science showing harm coupled with obsolete radiofrequency safety guidelines that fail to address long term health effects and non-thermal biological effects indicate that a precautionary approach is essential to reduce potential harm to the public and the environment. Relevant factors which are also not considered in exposure standards include critical windows of development, genetic variability/predisposition, age, individual health status, combined toxic exposures and simultaneous exposure to multiple frequencies. Several countries and cities around the world have recently adopted policies which reduce exposure, limit advertising of digital devices to children and increase transparency regarding measurements of electromagnetic radiation (EMR) and documented health effects.

This website was created to highlight relevant research and help physicians understand how the use of digital technology can cause or contribute to a wide variety of health effects, both mental and physical. Physicians are encouraged to incorporate this evidence-based knowledge in their discussions with patients, and to advise a precautionary approach to improve health and well-being.

The environment affects our health

Human bodies are a complex arrangement of cells that are guided by fragile biologic and electric signaling. The nervous system, heart and intricate cellular processes use an interplay of both molecular and minute electrical charges which control and direct precise responses to internal and external stimuli, thus influencing function and development. Environmental influences, both chemical and electrical, can interfere with and adversely affect these biological processes and thus our health.

Public health experts and scientists are now aware of how environmental factors, such as nutrition, exercise and stress influence our cell biology, aging and long term health. The idea, however, of acquiring a chronic illness from constant exposure to multiple toxins even at low levels, is slow to be accepted as a mainstream concept in the larger medical community. We are well aware of the hazards of smoking, asbestos and lead, however, we now are exposed to thousands of chemicals in consumer products along with widespread environmental contamination from manufacturing processes. Long term exposure to these low level chemical mixtures are not routinely addressed by physicians.

Another environmental factor we are routinely exposed to, that is also overlooked and even less understood by physicians is the adverse health and biological effects of wireless devices that emit non-ionizing radiofrequency electromagnetic radiation (RF EMR). EMR can have toxic effects that occur on a cellular level.

The discovery of electricity in the 1700’s brought with it abundant observation of the beneficial and harmful nervous system effects of electricity, even in low power. In 1753, Abbey Nollet was the first to document biological effects from exposure to a DC electric field, including nervousness, headaches, nosebleeds and heart palpitations in individuals. Modern scientific research has added to much to our understanding of health impacts of electromagnetic radiation, highlighting individual variation and vulnerability. Despite that, physicians today are fundamentally focused on the chemical and not the electrical aspects of biological processes and accompanying health interactions of our modern wireless technologies.

Radiofrequency electromagnetic radiation (RF EMR) emitted by common wireless devices that we are exposed to, such as cell phones, laptops, tablets, DECT cordless phones, wireless routers and smart meters, has been well demonstrated in the literature to have non-thermal toxic effects on our cell biology, even when used on lower power settings.

The increasing use of wireless devices and computers has spawned an abundance of research revealing a variety of health concerns including cancer, neurodevelopmental harm, neurodegeneration and reproductive abnormalities.

Prenatal developmental effects are especially worrisome as they can be heritable. The damage to cells is cumulative and increases with longer exposure. Commercial use of wireless devices began in the late 1990’s and because of long latency periods between exposure and diseases such as brain cancer, the full negative effects on public health may not be realized for many years with exposure.

In addition, a condition called electrosensitivity (ES) is emerging in the population. People with ES develop symptoms of insomnia, headaches fatigue and impairment of concentration with near exposure to wireless devices, smart meters and cell towers. (see below)

The use of digital technology comes with a host of other related health issues which are now becoming obvious to physicians, such as, technology addiction, psychosocial impairment, computer vision syndrome, ergonomic back strain, repetitive strain and obesity.

Beneficial and harmful effects of EMR

It is both interesting and ironic that non-ionizing radiation is now being used in some areas of medicine as a short-term therapeutic agent and in combination with other treatments to address a number of conditions from cancer to pain management. The literature does indicate that non-ionizing radiation has biological effects that can have either beneficial or harmful effects depending on the frequency of the wavelength, mix of carrier waveforms, distance from the organism, length of exposure, timing of exposure and if the waveforms are static or pulsating.

Current U.S. exposure guidelines to radiofrequency electromagnetic radiation (RF EMR) are an engineering standard based only on thermal (heat) effects. These guidelines do not consider the significant body of research demonstrating biological harm with non-thermal low-level EMR exposure which are identified at and below current safety standards. We have thus, a heat standard without a more relevant biological standard of safety, which if taken into consideration would indicate a much lower exposure should be applied to current guidelines.

How can non-ionizing radiation be harmful?

The electromagnetic spectrum is roughly divided into ionizing and non-ionizing radiation. We know that ionizing radiation is high energy and can cause direct harm by removing electrons from atoms with resultant direct DNA damage to nucleotides resulting in fixed mutations. It also produces free radical molecules which cause widespread indirect injury to cell structures via oxidation of tissues and cell death.

However, for decades scientists thought ionizing radiation from x-rays was safe enough to treat acne and measure shoe size. There was no temperature change on the feet or burning of the skin to guide safety. Kids would amuse themselves by spending long afternoons in the shoe store after school with their friends watching their green feet wiggle through one of the viewers of a “shoe-fitting fluoroscope” that emitted high energy ionizing radiation.

Until atomic bomb survivors showed long term health effects, no one questioned the safety of these widespread devices. Even though recommended safety guidelines were in place decades earlier, shoe fluoroscopes were not banned in the U.S. until the 1970’s. What seems like a great discovery at one point in time can later be deemed hazardous many years later. Science can change our views and policies.

Biochemical changes in cellular structures and their membranes

It has long been believed that non-ionizing (RF) radiation could not be harmful to living organisms as RF radiation did not break chemical bonds or have enough energy to remove an electron from (ionize) an atom or molecule. It was felt radio frequency radiation damaged tissue only through a heating or burning mechanism. We are now learning that microwave radiofrequency electromagnetic radiation from wireless devices acts as an environmental stressor with direct oxidative toxic effects on cellular processes that are not related to heat or to ionization. The effect of radiofrequency EMR is indirect, inducing biochemical changes in cellular structures and their membranes.

Many physicists argue vehemently that there could not be a biologically toxic effect from electromagnetic radiation, however, toxicity has been demonstrated in many research investigations and is similar to effects from other chemical exposures. Their own publications now explain the effects of dielectric permittivity and radical pair mechanisms.

Hinrikus (2018) explains “The cumulative impact of coherent MW field in a medium has been convincingly confirmed by the measurable dielectric permittivity of the medium. The described mechanism of MW field-induced effect confirms that the nature of the effect differs from the thermal effect and that the exposure by MW radiation can create the specific consequences in biology and materials not characteristic for conventional heating.”

Nielson (2019) states, “Weak radiofrequency (RF) magnetic fields in the MHz-range was shown to influence the concentrations of reactive oxygen species (ROS) in living cells [1–4]. Remarkably, the energy that could possibly be deposited by such radiation is orders of magnitude smaller than the energy of molecular thermal motion. A plausible explanation to the observed effect relies on the interaction of RF magnetic fields with transient radicals within the cells, affecting the ROS formation rates through the radical pair mechanism [5–9].” 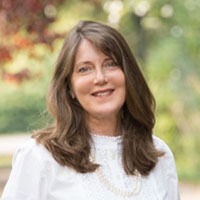