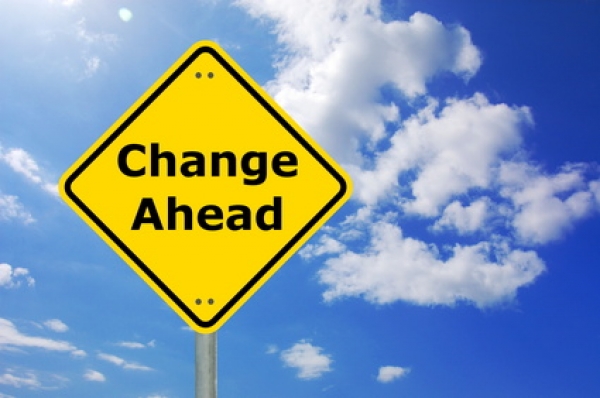 The end of the world? No, the world isn’t falling apart, as you might have read lately, but those structures and institutions supporting it as we knew it: capitalist markets, civilized norms, personal autonomy, global cooperation, and democratic processes.

As modern people, we are used to thinking in linear and progressive terms, open to the future. Certainly, there were setbacks along the way to growth and progress but on balance, things always turned out better. Metaphors like cycle or decline were discredited. The sky was the limit.

That was the world as we knew it. Markets seemed to expand endlessly, despite the occasional crisis. Governments guaranteed social order and world peace. Humankind transformed the dangers of nature into manageable risks by means of technology and organization. The guiding principle of progress seemed to break down only now and then, and only for a short time. Even a rupture in civilization such as the Holocaust or the genocide in Darfur could not shake the fundamental belief that we were on the right path.

Global mobility and communication made the world feel smaller and more accessible. And in 1989 democracy completed its triumph. The world became even more familiar as a result. The fact that the world as we knew it is no longer recognizable is not due to nature itself – which is certainly not predictable – but the result of human-induced climate change.

Carving our own path to doom’s day

In a very unpredictable dynamic, the world’s climate may reach a tipping point if the tendency is not reversed quickly – strictly speaking if we do not radically change course in the next decade. The short time until 2020 – just two or three legislative periods, a short business cycle, two Summer Olympiads – will decisively affect the conditions of life for generations to come.

Linear progress has thus been interrupted by a new perspective of finitude, an alien (if not outrageous) idea in modern times. Risks are being transformed back into dangers. Not only raw materials are finite, but the great achievements of Western modernity might also be on their way out: the market economy, civil society and democracy. Climate change is thus cultural change, gives us an idea how life will be in the future.

However, that does not mean “in the year 2525” (to cite another popular song) but involves a much more limited span of time. Whoever is born in 2010 will still experience the year 2100. But without rapid and decisive countermeasures, the average temperature on earth will rise by four to seven degrees Celsius, and our descendants will be breathing an air that today is only found in constricted, stuffy submarines.

While we – the inhabitants of the Western Atlantic nations – still believe we are at the heart of world society, able to shape our future at will, we have been drifting away from the center for quite some time while other powers move into it. The economic and geopolitical influence of countries such as China, India, Brazil, and Russia will continue to expand despite their current problems, and others will follow in their wake. World society is being refigured and, in the process, our role in it. And problems that initially plagued just the European periphery – Iceland, Latvia, or Hungary – give the center an idea of how its future will look.

After 250 years of superior power, economy and technology, our habitus and self-image are still tied to circumstances that can no longer be obtained. The way our self-perception lags behind the speed of change in our “globalized world” can also be found in areas such as the energy, environmental, and climate crises. Although there is not the slightest doubt that fossil fuels are finite or that the increasing competition for (shrinking quantities of) available resources will lead first to conflicts, then probably wars, and finally to a world without oil, we are still practicing a politics and lifestyle developed for a world with oil.

While the extinction of many species is progressing at an unprecedented pace, and while the seas have been over-fished and the forests radically reduced, our actions still seem guided by the idea we are dealing with reversible processes. The destruction is covered up by the notion that only a few adjustments are needed. And despite the evidence of climate change, the majority of politicians – as revealed by our current management crisis – are fixated on short-lived and illusory repairs. Yet, in view of quarterly budgets and electoral periods, those who want to preserve particular jobs in failing industries are practicing the politics of yesteryear.

But we feel fine..

From history we know of civilizations that were successful for longer than ours in the West. They disappeared because they held on too tightly to strategies that had ensured their advancement before environmental conditions changed. “What might the person have thought,” asks Jared Diamond, “who cut down the last tree on Easter Island, thereby sealing the unstoppable decline of a culture that had been successful for 700 years already? Probably that trees had always been cut down and that things would still be normal after the last one was gone.”

We are all Easter Islanders. Let’s assume we were to settle on a simple rule of survival and consume in one year only as many resources as the Earth could provide for a year. We would then have to ration supplies over 365 days without exhausting them before December 31st.

The day on which people first began to calculate things this way was New Year’s Eve in 1986, the first “Earth Overshoot Day.” Just ten years later, 15 percent more had been consumed than was budgeted for the year, the turning point coming in November. In 2008, that “overshoot day” had already been reached by the 23rd of September.

If the Earth’s resources continue to be consumed at the current rate, the annual ration in 2050 will have been used up within six months. We aren’t clinging to some Romantic idea of nature but such seemingly naive calculations reveal the frivolous level of consumption in our capitalist growth economy. Not only thoughtless bankers were recently involved in making such unrealistic projections. The largest mass movement to take place after the “outbreak” of the financial crisis in September 2008 was the rush on auto showrooms to take part in the “cash for clunkers” program.

Particularly in Germany, this meant favoring an industry that in the future will no longer be permitted to play the role it once did. To indulge the auto industry this way (and especially with such silly measures) is to spend money on something antiquated – money that will no longer be available to build a better future. Such salvage plans confirm how susceptible people have become to thinking that a world with more than nine billion people might look like Europe does today with its eight-lane highways and sprawling parking lots.

Routines of comparison have become obsolete

We have to move away from path dependencies and routines of comparison. The current worldwide crisis, for instance, has been compared in its severity with the Great Depression of the 1930s. Yet since it already exceeds those parameters, such comparisons fail to acknowledge the seriousness of the situation.

The world is not only in the midst of a historic economic crisis but is also entering the most dramatic warming phase in the last three million years. It may sound bombastic or alarmist, but the Great Transformation to come resembles (in breadth and depth) historical turning points such as the transitions to agrarian and industrial society.

That’s why climate change is a culture shock, because it is increasingly difficult to ignore how intensely our reality has already changed and how much it still needs to change in order to become sustainable.

What technicians call decarbonization and economists describe as the Low Carbon Economy cannot be realized by making a couple of adjustments to the energy industry. Eighty percent of our comfortable way of life is already based on fossil fuels. On the horizon of the Great Transformation we need to find a post-carboniferous society with radically different social, political and cultural parameters.

A society that wishes to understand and overcome the present crisis can no longer rely on the art of engineers, the spirit of entrepreneurs, or career politicians (all of which have been used). It must instead – and this is the central thesis of our book – become a political society, a vigorously civil society whose members see themselves as responsible parts of a polity that cannot survive if they don’t play an active role in it.

Even if this demand seems unreasonable and unsuited to the times we live in, the meta-crisis we are combating calls for more democracy, individual responsibility and collective commitment.

The climate, the future & prospects for democracy

Our book combines a diagnosis based on the current evidence with a realistic policy proposal. We are not climate scientists in the conventional sense, but we see climate change as a way to learn about the future of culture, a guide for the good life.

Culture is an answer to three questions: how the world is constituted, what it is supposed to be like and how it will likely be in the future.

This is anything but a doomsday scenario. We wish for readers who are glad to leave the old world behind and want to take part in the shaping of a better one. For all the danger of failure, the economic crisis and climate change offer leeway for individual action, democratic participation and global cooperation. The entire world is being involuntarily – but consciously – subjected to what is a large-scale experiment under enormous time pressure.

This excerpt comes from The End of the World as we once Knew it: The Climate, the Future, and the Prospects for Democracy by Harald Welzer & Claus Leggewie, translated by David Brenner.