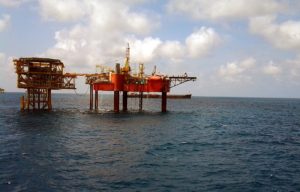 Civil society recently celebrated a win when SLR Consulting, on behalf of Total E&P South Africa (TEPSA), granted respondents a 30-day extension to comment on the Draft Scoping Report for further oil exploration and drilling in Block 11B/12B, along the country’s South coast. The NGO The Green Connection and its partners recently attended a severely flawed public participation process, staging a virtual walk-out protest of the proceedings.

“At a time when South Africans are preoccupied with the Covid pandemic, procedurally fair public participation will be a major challenge. We are also concerned about the environmental impact assessment (EIA) process being conducted during this time, especially since no open public meetings are allowed,” says The Green Connection’s Liziwe McDaid.

According to McDaid, “Millions of South Africans could potentially be affected by the decisions taken by TEPSA and the government. Talking to a handful of people cannot be considered, by any stretch, to equal meaningful public participation. We understand that the lockdown has made things more complicated, but that does not mean that proper processes do not have to be followed. These actions could have far-reaching and long-lasting impacts, and should therefore, not be rushed.”

In a letter to SLR, PetroleumSA and the Department of Mineral Resources and Energy, The Green Connection points out that the Draft Scoping Report – a complex and information-heavy document –needs more time for comment. “The stakes are very high for the potentially-affected environment, and the project, which is already quite controversial, requires expert input, which will take time.

In addition to the unreasonable timelines, there have also been other issues. This includes the use of commercial newspapers and digital access to information, rather than using media – such as radio advertisements, local notices and hard copies of the EIA documentation in public spaces – that are more accessible to the affected communities.

“It seems that no efforts have been made to notify or provide information to historically disadvantaged communities and subsistence fishers living along the affected coastline. Yet, these are the people who would mostly be affected by any catastrophic incident, such as a wellhead blowout.

McDaid says that The Green Connection seeks a postponement of the entire EIA process, at least until the lockdown restrictions are lifted, or until such time as effective notice and meaningful opportunities for public participation are afforded to historically disadvantaged communities and subsistence fishers living along the Southern Cape coast.

The Green Connection recently launched its Who Stole Our Oceans? Campaign, in an effort to empower local communities to protect our oceans.