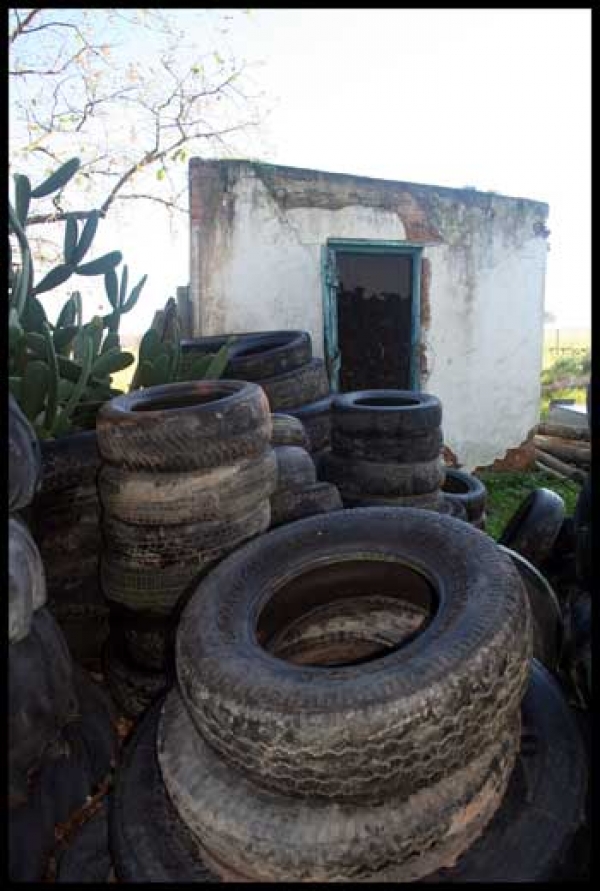 You are going to have to figure out what it means to be a human being on earth at a time when every living system is declining, and the rate of decline is accelerating. Not one peer-reviewed paper published in the last thirty years can refute that statement. Basically, the earth needs a new operating system, you are the programmers, and we need it within a few decades.

This planet came with a set of operating instructions, but we seem to have misplaced them. Important rules like don’t poison the water, soil, or air, and don’t let the earth get overcrowded, and don’t touch the thermostat have been broken.

Buckminster Fuller said that Spaceship Earth was so ingeniously designed that no one has a clue that we are on one, flying through the universe at a million miles per hour, with no need for seatbelts, lots of room in coach, and really good food – but all that is changing.

There is invisible writing on the back of the diploma you will receive, and in case you didn’t bring lemon juice to decode it, I can tell you what it says: YOU ARE BRILLIANT, AND THE EARTH IS HIRING. The earth couldn’t afford to send any recruiters or limos to your school. It sent you rain, sunsets, ripe cherries, night blooming jasmine, and that unbelievably cute person you are dating. Take the hint. And here’s the deal: Forget that this task of planet-saving is not possible in the time required. Don’t be put off by people who know what is not possible. Do what needs to be done, and check to see if it was impossible only after you are done.

When asked if I am pessimistic or optimistic about the future, my answer is always the same: If you look at the science about what is happening on earth and aren’t pessimistic, you don’t understand data. But if you meet the people who are working to restore this earth and the lives of the poor, and you aren’t optimistic, you haven’t got a pulse.

What I see everywhere in the world are ordinary people willing to confront despair, power, and incalculable odds in order to restore some semblance of grace, justice, and beauty to this world. The poet Adrienne Rich wrote, ‘So much has been destroyed I have cast my lot with those who, age after age, perversely, with no extraordinary power, reconstitute the world.’

There could be no better description.

Humanity is coalescing. It is reconstituting the world, and the action is taking place in schoolrooms, farms, jungles, villages, campuses, companies, refuge camps, deserts, fisheries, and slums. You join a multitude of caring people. No one knows how many groups and organizations are working on the most salient issues of our day: climate change, poverty, deforestation, peace, water, hunger, conservation, human rights, and more.

This is the largest movement the world has ever seen. Rather than control, it seeks connection. Rather than dominance, it strives to disperse concentrations of power. Like Mercy Corps, it works behind the scenes and gets the job done. Large as it is, no one knows the true size of this movement. It provides hope, support, and meaning to billions of people in the world.

Its clout resides in idea, not in force. It is made up of teachers, children, peasants, business people, rappers, organic farmers, nuns, artists, government workers, fisherfolk, engineers, students, incorrigible writers, weeping Muslims, concerned mothers, poets, doctors without borders, grieving Christians, street musicians, the President of the United States of America, and as the writer David James Duncan would say, the Creator, the One who loves us all in such a huge way. There is a rabbinical teaching that says if the world is ending and the Messiah arrives, first plant a tree, and then see if the story is true. Inspiration is not garnered from the litanies of what may befall us; it resides in humanity’s willingness to restore, redress, reform, rebuild, recover, reimagine, and reconsider.

‘One day you finally knew what you had to do, and began, though the voices around you kept shouting their bad advice,’ is Mary Oliver’s description of moving away from the profane toward a deep sense of connection to the living world. Millions of people are working on behalf of strangers, even if the evening news is usually about the death of strangers. This kindness of strangers has religious, even mythic origins, and very specific eighteenth-century roots.

Abolitionists were the first people to create a national and global movement to defend the rights of those they did not know. Until that time, no group had filed a grievance except on behalf of itself. The living world is not ‘out there’ somewhere, but in your heart. What do we know about life? In the words of biologist Janine Benyus, life creates the conditions that are conducive to life. I can think of no better motto for a future economy. We have tens of thousands of abandoned homes without people and tens of thousands of abandoned people without homes. We have failed bankers advising failed regulators on how to save failed assets.

Think about this: we are the only species on this planet without full employment. Brilliant. We have an economy that tells us that it is cheaper to destroy earth in real time than to renew, restore, and sustain it. You can print money to bail out a bank but you can’t print life to bail out a planet. At present we are stealing the future, selling it in the present, and calling it gross domestic product. We can just as easily have an economy that is based on healing the future instead of stealing it. We can either create assets for the future or take the assets of the future. One is called restoration and the other exploitation. And whenever we exploit the earth we exploit people and cause untold suffering. Working for the earth is not a way to get rich, it is a way to BE rich.

Paul Hawken is a renowned entrepreneur, visionary environmental activist, founder of Wiser Earth and author of many books – most recently Blessed Unrest. Last week, he was presented with an honorary doctorate of humane letters by the University of Portland, when he delivered this superb commencement address to the class of 2009. Aren’t we all the class of 2009? This holds true for all of us alive this year.