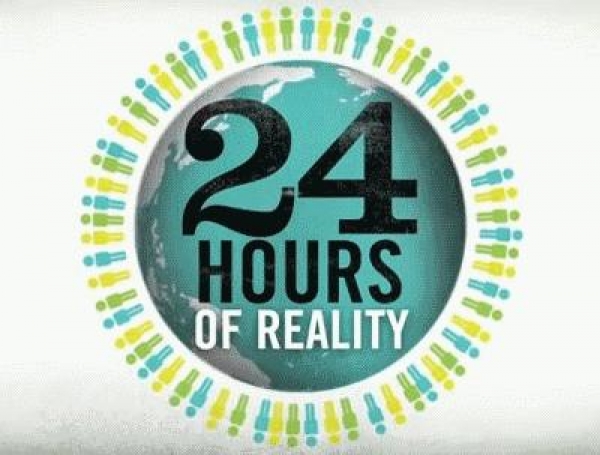 Climate change will be the focus on Wednesday, 14 September, when Al Gore follows up his award-winning film ‘An Inconvenient Truth‘ with the Climate Reality Project, a 24-hour campaign aimed at revealing the complete truth of the climate crisis.

The nexus between climate change and nuclear risks is not always obvious at first glance. However, a rising incidence and intensity of natural disasters can have grave implications for nuclear security and safety, explains Rob van Riet, WFC Coordinator Peace and Disarmament Working Group.

An unusually warm spring induced by climate change, for example, creates earlier snowmelt, leading to drier conditions and a greater chance of ignition. The wildfires that spread through Russia in the summer of 2010 posed a severe nuclear risk when they were on their way to engulf key nuclear sites.

Recently, leading geologist Prof. Rob Duck of Dundee University warned that if climate change continues it may lead to the erosion and inundation of Britain’s coast, and may even cause tsunamis by inducing coastal landslides. This in turn will have critical implications for the safety of Britain’s nuclear power stations, all but one of which lie on the coast.

The nuclear disaster in Fukushima in March has drawn attention to the possible effects of extreme weather events, environmental degradation and seismic activity on nuclear security and safety. Such events confirm what many intuitively feel: in this seismically active world, characterized by an increasingly unpredictable environment, nuclear facilities and weapons represent a highly volatile variable in an already unstable equation.