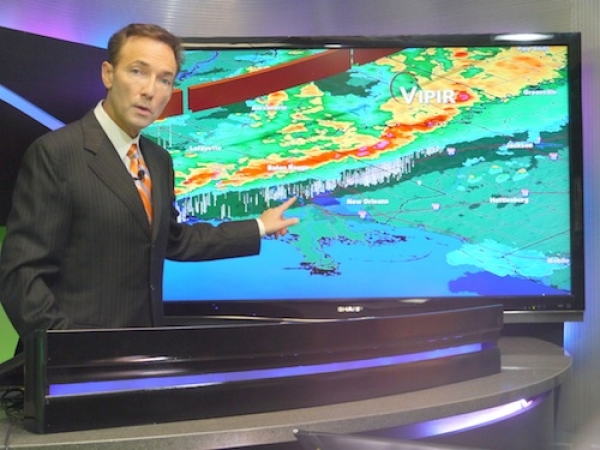 Meteorologist Paul Douglas is moderating a discussion with artist Cynthia Hopkins, whose climate change-themed show, This Clement World, comes to the Walker next week. Patrick Hamilton, director of Global Change Initiatives at the Science Museum of Minnesota, and climate scientist Peter Snyder will also be on hand. Douglas, who launched the 24-hour Weather Nation TV last summer, is a vocal advocate of preventing climate change.

Here is a fascinating interview with Douglas about how artists can help get the message out, and why it’s so important to do so:

How is that you came to be speaking at the Walker Art Center?

I think Cynthia’s show – This Clement World – exemplifies the notion of using art and theater to try to reach people about this issue when some seem to be oblivious to the science. In some cases, the more facts you throw at them, the more they dig in their heels. So I find it fascinating, and, frankly, highly effective that there are other ways to reach people – in this case on a visceral, emotional level through art. I think we need to find new ways to tell the story, get people engaged, get people interested, and get them to understand the magnitude of the problem.

What is the conversation going to be about at Thursday’s event?

It’s going to be about climate change, and why what should be a scientific issue has become so divisive – it’s basically a political football now in Washington – and how people have taken sides, which is strange when talking about science. I understand why this makes people uneasy. Any time you have a problem without an obvious solution, denial is easier. It’s easier to just look away or poo poo the issue. We hope it will go away, and kick the can down the road, which we seem to be pretty good at politically. But in this case, the climate scientists are saying we don’t have time to kick this down the road. 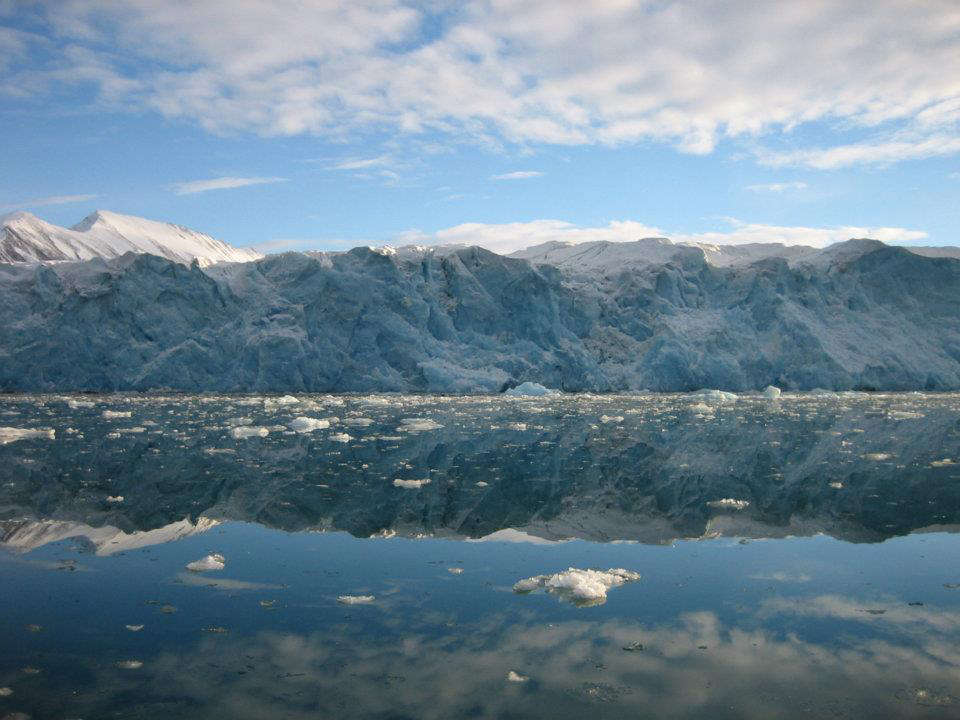 Do you consider yourself an activist?

I think anybody that’s paying attention to the science right now would probably call themselves an activist because the numbers are daunting. It’s scary. Just look around and see what’s happening. Put the pieces of the puzzle together.

If you increase greenhouse gas levels, temperatures are going to go up. And the average Minnesotan may say, ‘Hey, wait a second, is it going to get warmer? That sounds pretty good.’ On some level, it does sound good. Winters are trending warmer. The problem is, you warm up the atmosphere, suddenly it can hold more water vapor, and you end up with these amazing summer rainstorms.

We’ve had three 1,000-year rain events in southern Minnesota since 2004. Think about that. They are supposed to happen once every 1,000 years. We’ve had three of them just south of the Twin Cities since 2004, and then we had the Duluth flood last summer, which was probably a one in 500 year flood.

We’re seeing more of these black swan weather events, whether it’s Sandy or these extreme rains. The number of blizzards have doubled in the last 50 years nationwide. Even the snow is falling with greater velocity, greater intensity than it did 50, 60 years ago. So Americans, they might not believe climate scientists. They may be skeptical. But they believe their own eyes. 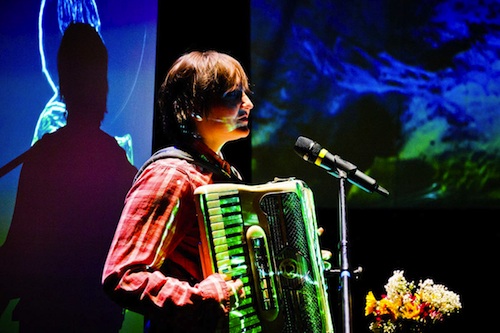 When did you become interested and concerned about climate change?

I noticed this long before Al Gore made his movie. I noticed in the ’90s that something was happening with weather patterns in Minnesota. It didn’t fit into the context of average weather. Normal weather had shifted. Suddenly the seasons were out of whack, we weren’t getting nearly as many arctic fronts in the winter, and the summer rains were falling with greater intensity. That’s when I dug into the science and came to the realization that climate theory had become a meteorological reality.

And the deeper I dug into the science, the more I realized that there’s something here. Then Al Gore came out with his movie, and it sort of became a political football. If you think this is a real issue, you’re a crazy liberal and you’re trying to regulate our economy into oblivion.

So, some days I’m optimistic, and other days I’m pretty bummed, I feel like I’m swimming upstream.

I started talking about it on ‘CCO, and got a lot of push back: people thinking this is some liberal plot to increase our taxes and increase regulation. Those are some of the same arguments we faced when we started to try to do something about acid rain, and when we tried to do something about the ozone hole. ‘Oh, it’s going to kill industry! It’s going to bring our economy to its knees.’ As a business man, it’s just pure bunk. It’s garbage. If anything, this is going to reinvent America’s economy and give us a jolt.

We can take the edge off the warming, we can build more resilient cities, more resilient agriculture. There are things we can do. The longer we delay, the harder it’s going to be to come up with viable solutions. It’s going to take a social movement on the order of what happened with Civil Rights in this country, and it’s probably going to start with younger people. And I don’t know if its going to require a new political party, I don’t know. I’m not a policy wonk, I’m a meteorologist that has looked at the data, looked at the trends, and come to believe that something is going on. 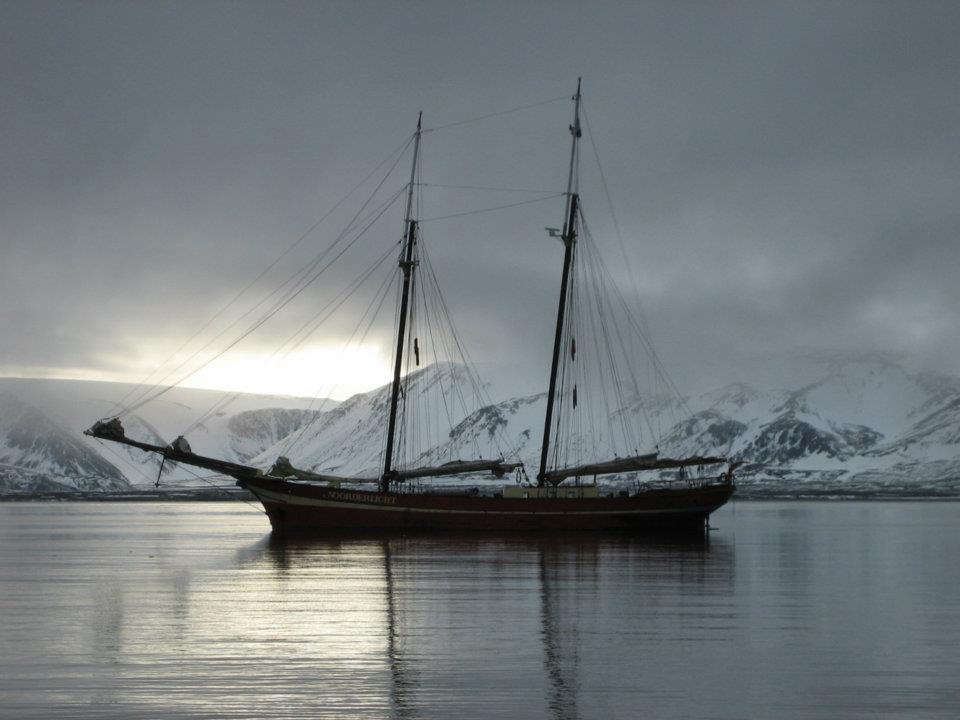 Have you ever thought about getting into politics?

I don’t know. The compromises required would make me nuts. But no, not seriously. For me, my passion is meteorology and business and the intersection of those two. And three of my six companies are focused on climate change. So I’m putting my money where my mouth is by investing in new technologies.

What kind of format will the panel take?

We’re really not going to get bogged down in the politics. It seems like some people say, ‘Oh, climate change, it’s all political.’ It’s become a political football, but it’s science. It’s basic physics. So, I think what really got this off the ground was Cynthia, her play, and finding new ways to connect with people and tell the story and build awareness. I think it’s fascinating that sometimes more science may not be the answer. More facts, more information – people tune out. Sometimes it makes it worse when you pile on more facts and figures. So we have to find new ways to tell the story to break through the cynicism.