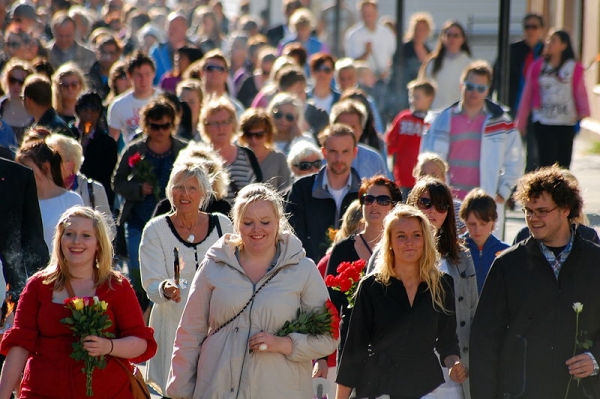 In 1989, Francis Fukuyama declared that democracy would eventually emerge as the universal form of human government. The intervening years have given ample ammunition to those who disagree.

Indeed, the inexorable rise of China has led some to dismiss democracy’s messy compromises in favour of authoritarian efficiency. People are prepared to sacrifice their freedoms, the argument runs, as long as the system under which they live can deliver economic growth.

The tumultuous events of 2011 have undermined this idea. Across the Arab world – a region once held to be indifferent to the attractions of democracy – long-oppressed peoples have risked everything to free themselves from the grasp of authoritarian regimes. In Tunisia, Egypt, Libya and Ye­men, brutal tyrants were triumphantly toppled. And although Bas­har al-Assad has so far clung on in Syria, his grip on the country has been weakened by months of protests.

Of course, the optimism should not be overplayed. The North African revolutions have not yet spawned fully-fledged democracies. Tunisia may have elected its first parliament, but the ongoing elections in Egypt have been marred by renewed clashes between the military and demonstrators, and free polls in Libya remain some way off. Beyond the Middle East, meanwhile, many autocracies survived the year intact.

But the pessimism should not be overdone either. Building democracies from the rubble of fallen dictatorships was always going to be a painstaking process. And even those autocracies that made it through 2011 in one piece were not impervious to the ripples of the Arab spring. Nervy crackdowns on dissent in both Russia and China were a telling reminder of the fundamental fragility of any system that rules without the consent of the governed.

Furthermore, the significance of the revolutions of 2011 lies not merely in their success in sweeping away corrupt regimes. Just as importantly, the uprisings – those that succeeded, and those still continuing – were a reaffirmation of the enduring global appeal of the democratic idea, and the values of freedom and equality it enshrines.

To prosper, however, democracies must meet the needs of their people. Over the next year, the new leaders of the Arab world must establish the institutions necessary to guarantee the rights and freedoms for which their citizens have fought. Just as importantly, they will have to jump-start their countries’ faltering economies. Unless people quickly see an improvement in their lot, there is a risk that democracy will struggle to take root.

Established democracies also have much to prove in 2012. In the last year, countries on both sides of the Atlantic have grappled hopelessly with problems that should not be insoluble. In the US, attempts to revive the economy and rein in mushrooming public debt have been hobbled by partisan feuding. Europe’s leaders have been almost as inept in the face of their own political and economic crisis. It is not surprising that this year’s tide of global protest swept through Athens, Madrid and New York, as well as Tunis, Cairo and Benghazi. That the democracies survived while their authoritarian counterparts collapsed is a testament to two of the key strengths of the democratic system. It provides room for dissent. And it is better than most other systems at getting rid of failed rulers.

In 2012, a number of countries not blessed with these advantages face critical transitions. In some places, autocratic regimes may manage to remain in power. But from a global perspective, there is room for hope. When Mr Fukuyama gave his speech, the world contained 69 democracies. Today there are close to twice as many. The march of democracy is not finished yet.