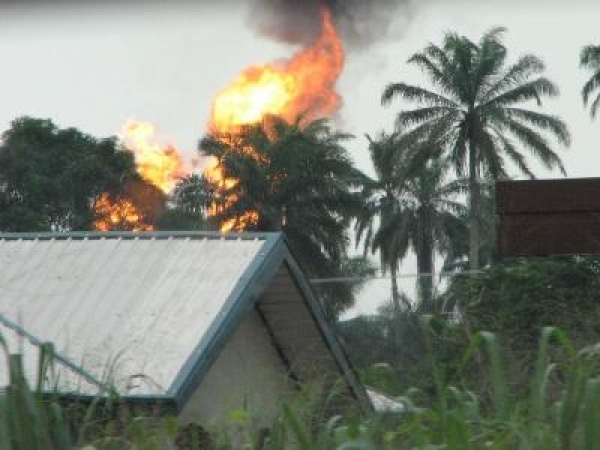 The Naked Option: A Last Resort celebrates the power of an organized group of women! Fueled by the determination for a better future, grassroots women in Nigeria’s Niger Delta use the threat of stripping naked in public, a serious cultural taboo, in their deadly struggle to hold the oil companies accountable to the communities in which they work. 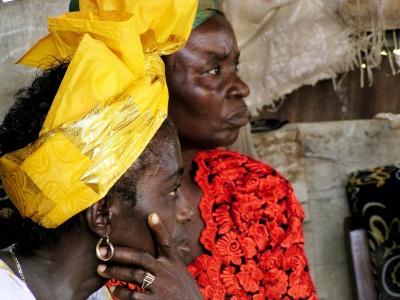 Through the leadership of the courageous, charismatic and inexhaustible

Emem J. Okon, these women are taking over where men have failed; peacefully transforming their ‘naked power’ into 21st century political action and mobilization.

On July 8 2002, 600 Niger Delta women aged 20-90, took over the largest oil producing facilitiy in Nigeria. For 10 days unarmed, they stopped the production of 500,000 barrels of oil per day, from the 5th largest supplier of imported crude oil to the United States by threatening to strip naked in public.

The Making of the Film

Filming in the militarized zone of Nigeria poses significant risks. The film is shot guerilla in style, predominantly on the fly, using a handheld camera, natural light, and a limited crew of 1-2. The lack of electricity, inadequate lighting, constant noise, stifling heat, filthy air, and military presence are visual illustrations of the many physical constraints which are woven into the film to show the hurdles the women are up against.

Deeply rooted in the point of view of Niger Delta women, the film delivers a fresh and dramatic perspective on the situation in the Niger Delta as it affects them. Footage shot by Sam Olukoya, a Nigerian journalist, provides an intimate, candid, visual observation of the realities of daily life in these oil-soaked communities.

Graphics and animation transport us into the Niger Delta, and powerful, affecting still images and news headlines with graphic applications combine to bring the stories to life. 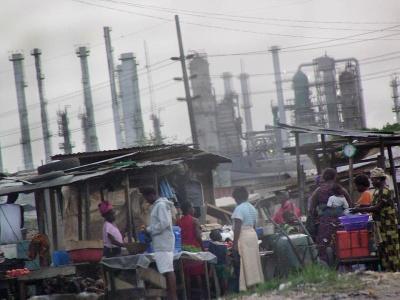 The purpose of The Naked Option is to inspire women’s leadership globally; to create market pressures by educating women and men to question corporate responsibility; and to promote community action on a local and international level where women and men take collective action to make unprecedented change in their own communities and beyond. 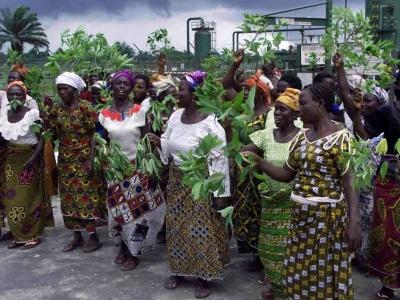