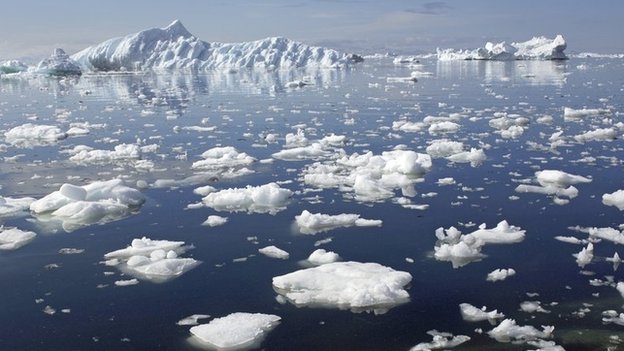 The next 10 years will be decisive when it comes to the planet’s future – what we do (or don’t) will play out over geologic time.

It could, if we set our minds to it, be the decade when the planet’s use of fossil fuels peaks and then rapidly declines.

We’ve built a movement that, for the moment, is starting to tie down the fossil fuel industry: from the tar sands of Alberta to the (as yet unbuilt) giant new mines of Australia’s Galilee Basin, the big players in coal, gas, and oil are bothered and even bewildered by a new strain of activist. They’re losing on the image front: when the Rockefeller family, the Church of England, and Prince Charles have begun divesting their fossil fuel stocks, you know the tide has turned.

Price of solar panels fall like an anvil from a skyscraper

And with it comes the sudden chance to replace that fossil fuel, fast and relatively easily. Out of nowhere the price of solar panels has fallen like an anvil from a skyscraper, dropping 75 percent in the last six years. Renewable energy is suddenly as cheap or cheaper than the bad stuff, even before you figure in the insane monetary cost of global warming. So in Bangladesh they’re solarising 60,000 huts a month; the whole country may be paneled by 2020.

That rapid change wouldn’t be enough to stop global warming – we’re already seeing drastic changes, as anyone living through California’s drought can attest. We’ll continue to see record-breaking years (like 2014. And like 2015 so far). We’ll have to deal with record flooding. The ocean will grow more acidic. But maybe, if we really ratchet up the transition we’ll avoid a challenge of civilization-scale.

Or, of course, we could change slowly, the way the Koch Brothers would like. (And for that matter, most political leaders). We could do nothing out of the ordinary, and wait three or four decades for solar power to replace fossil fuel. It would rattle the fewest cages in the short run.

Or take the world out of the rhythms of the Holocene

And in the long run it would, by most of the computer models, condemn us to four or five degrees Celsius of global warming – enough to take the world utterly out of the rhythms of the Holocene, enough to call into question our ability to grow sufficient food or find sufficient water.

The next decade is decisive because trajectory counts for so much; if we bend it now, we may slide the car to a halt with just the front tires hanging off the cliff. But if we sail on for a few more years, it’s pretty clear we’re fast and furiously going airborne – that’s what happens when, say, Arctic permafrost starts to melt in earnest, releasing clouds of methane.

So it’s not too much to say that the next decade will decide what the world looks like for thousands of decades to come. We all get front row seats – but we can all be actors too, if only we’ll join the growing movement to do something about it.