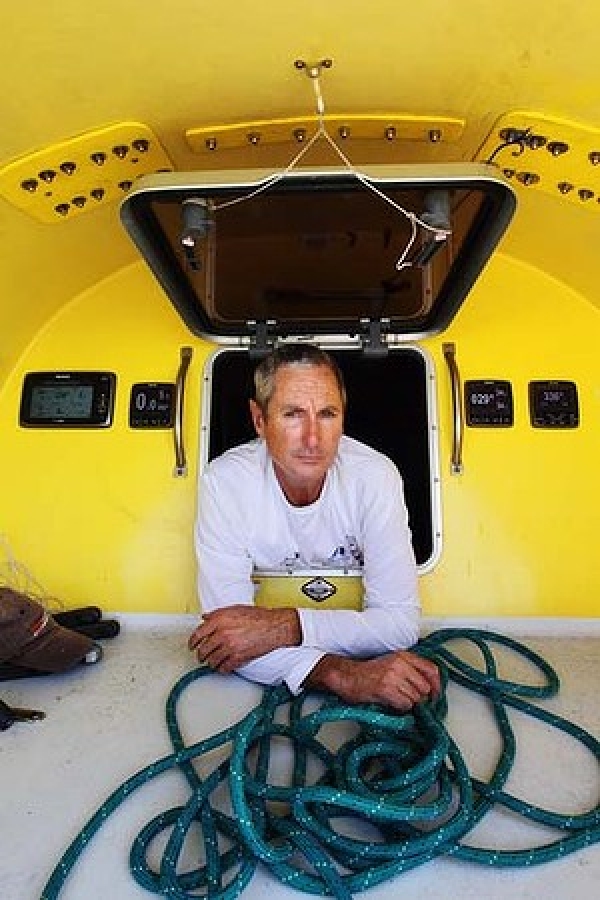 Nothing could have prepared Ivan Macfadyen (photographed) for the devastation all around him as he sailed the Pacific.

It was the silence that made this voyage different from all of those before it.

Not the absence of sound, exactly. The wind still whipped the sails and whistled in the rigging. The waves sloshed against the fibreglass hull. And there were plenty of other noises: muffled thuds and bumps and scrapes as the boat knocked against pieces of debris.

What was missing were the cries of seabirds that surrounded the boat on previous voyages across the same seas. The birds were missing because the fish were missing.

Ten years earlier, when Newcastle yachtsman Ivan Macfadyen sailed from Melbourne to Osaka, all he’d had to do was throw out a baited line to catch a fish.

”There was not one of the 28 days on that portion of the trip when we didn’t catch a good-sized fish to cook up and eat with some rice,” Macfadyen recalls.

But this time, only two fish were caught on the long sea voyage.There were no fish, no birds, in fact there was hardly a sign of life.

”In years gone by I’d gotten used to all the birds and their noises,” Macfadyen says. ”They’d be following the boat, sometimes resting on the mast before taking off again. You’d see flocks of them wheeling over the surface of the sea in the distance, feeding on pilchards.”

But in March and April this year, only silence and desolation surrounded his boat, Funnel Web, as it plied across a haunted ocean.

North of the equator, above Papua New Guinea, the ocean-racers saw a big fishing boat working a reef in the distance.

”All day it was there, trawling back and forth. It was a big ship. Like a mother ship,” he says. And all night it worked too, under bright floodlights. In the morning, Macfadyen was woken by his crewman calling out, urgently, that the ship had launched a speedboat.

”Obviously I was worried. We were unarmed and pirates are a real worry in those waters. I thought, if these guys had weapons, then we were in deep trouble.”

But they weren’t pirates, in the conventional sense, at least.

The speedboat came alongside and the Melanesian men aboard offered gifts of fruit and jars of jam and preserves. 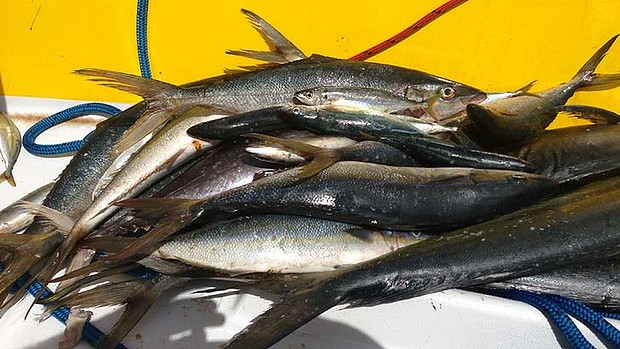 ”And they gave us five big sugar-bags full of fish,” Macfadyen says. ”They were good, big fish, of all kinds. Some were fresh but others had obviously been in the sun for a while. We told them there was no way we could possibly use all those fish. There were just two of us, with no real place to store or keep them. They just shrugged and told us to tip them overboard … They told us that this was just a small fraction of a day’s by-catch. That they were only interested in tuna and everything else was rubbish. It was all killed, all dumped. They just trawled that reef day and night and stripped it of every living thing.”

It was one fishing boat among countless others working unseen beyond the horizon, many doing exactly the same thing. Little wonder the the sea was dead. The next leg of the Australian’s voyage was from Osaka to San Francisco and, for much of the trip, desolation was tinged with fear.

”After we left Japan it felt as if the ocean itself was dead,” Macfadyen says. ”We saw one whale, sort of rolling helplessly on the surface with what looked like a big tumour on its head. I’ve done a lot of miles on the ocean in my life and I’m used to seeing turtles, dolphins, sharks and big flurries of feeding birds. But this time, for 3000 nautical miles, there was nothing alive to be seen.”

But garbage was everywhere.

”Part of it was the aftermath of the tsunami that hit Japan a couple of years ago. The wave came in over the land, picked up an unbelievable load of stuff and carried it out to sea. And it’s still out there, everywhere you look,” Macfadyen says.

His brother Glenn, who boarded at Hawaii for the run into the US, marvelled at the ”thousands on thousands” of yellow plastic buoys. The huge tangles of synthetic rope, fishing lines and nets. Pieces of polystyrene foam by the million. And slicks of oil and petrol, everywhere. Countless hundreds of wooden power poles are out there, snapped off by the killer wave and still trailing wires in the middle of the sea.

On other voyages, when their boat was becalmed, the Macfadyens would just crank the motor and chug off. Not this time. 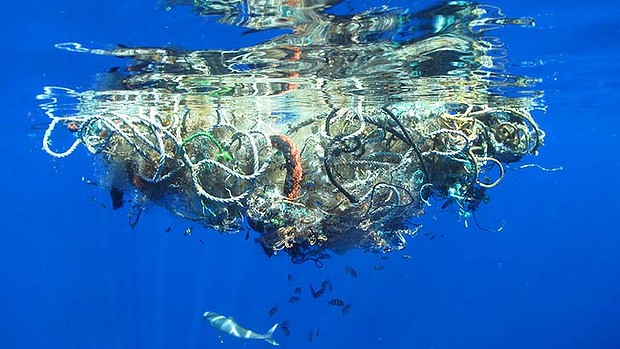 ‘Rubbish watch’ is now a thing

”In a lot of places we couldn’t start our motor for fear of entangling the propeller in the mass of pieces of rope and cable. That’s an unheard of situation out in the ocean,” Ivan Macfadyen recalls.

”If we did motor we couldn’t do it at night, only in the daytime with a lookout on the bow, watching for rubbish. In the waters above Hawaii, you could see right down into the depths. I could see that the debris isn’t just on the surface, it’s all the way down. And it’s all sizes, from a soft-drink bottle to pieces the size of a big car or truck. We saw a factory chimney sticking out of the water. ‘We were weaving around these pieces of debris. It was like sailing through a garbage tip.”

There was little escape. Below decks, the hull amplified the sound of flotsam and junk scraping the length of the boat. The pair lived in constant fear of hitting something really big and going down. Plastic was everywhere, bottles, bags, chairs, toys. Something in the water off Japan reacted with the yacht’s distinctive shiny yellow paint and turned it dull.

Ivan Macfadyen is still coming to terms with the horror of the voyage. ”The ocean is broken,” he says.

However, much of the world has little idea of the vastness of the problem and Macfadyen is looking at ways of alerting governments and organisations to the disaster that floats offshore.

He intends approaching the organisers of Australia’s major ocean races, trying to enlist yachties into an international scheme that uses volunteer yachtsmen to monitor debris and marine life. Macfadyen signed up to a similar scheme while in the US, responding to an approach by US academics who asked yachties to fill in daily survey forms and collect samples for radiation testing – a significant concern after the tsunami and nuclear power station failure in Japan.

”I asked them why don’t we push for a fleet to go and clean up the mess,” Macfadyen says. ”They said they’d calculated that the environmental damage from burning the fuel to do that job would be worse than just leaving the debris there.”