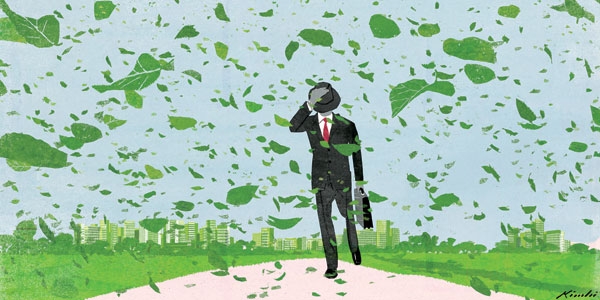 Every year, Suzanne Fallender’s corporate responsibility office at Intel (INTC) receives dozens of requests from sustainability analysts and nonprofits looking to rate the company on its water usage, carbon emissions, workforce diversity, and scores of other factors. While some queries can be answered quickly from Intel’s annual sustainability report, others require further research, so Fallender prioritizes a core list of about a dozen requests and responds to the rest when she can get to them. “There are many, many ratings out there,” she says. “More every year.”

Investors and the public are demanding increasingly detailed information on non-financial metrics that define sustainability. Companies that take the lead in the field, the thinking goes, are likely to continue churning out profits in an era of growing global competition, climate change, and diminishing resources. In response, scores of data analysis and rating outfits have sprung up, vying to be the arbiter of who’s really green. That’s “confusing, congested, chaotic,” says Allen White, a senior fellow at the Tellus Institute, a nonprofit research group. “If you are an investor trying to move $1 billion, you’re left throwing up your hands. In the worst case, you just ignore all of the ratings.”

White is one of a small cadre of data junkies who have spent the past decade trying to get executives, investors, and nonprofit groups to agree on how to distinguish dirty, risky companies from cleaner, sustainable ones. As more companies publish annual sustainability reports, many are looking to the Global Reporting Initiative, a group White co-founded in 1997, for guidance on the most important factors to disclose. Today, 80 percent of the world’s 250 largest companies use GRI’s framework for their sustainability reports, according to consultancy KPMG.

Investment managers say many companies don’t go far enough in their disclosures. Since GRI’s guidelines are voluntary and reports are rarely audited, few companies provide information on all of the group’s 100-plus metrics in areas such as workplace safety, use of recycled materials, or toxic waste spills. “We believe current corporate sustainability reports are insufficient to form a fully integrated and long-term investment view,” says Paul Abberley, CEO of Aviva Investors, an asset manager in London.

Further complicating the issue: GRI doesn’t judge performance, leaving raters and analysts to evaluate companies in ways that are digestible for investors. These groups make their own determinations as to whether, say, Ford (F) is more sustainable than Volkswagen or Microsoft (MSFT) is better than Apple (AAPL). Newsweek’s “Green Rankings” rate companies on their commitment to the environment, Dow Jones (NWS) publishes indexes of companies it deems the most sustainable, and the Ethisphere Institute ranks the “World’s Most Ethical Companies.” Others carve out niches such as evaluating transparency, water usage, or the suitability of the workplace for employees over 50.

Only a third of these groups rely solely on corporate sustainability reports; the rest seek extra stats, often asking companies to slice and dice numbers in ways that conform to the groups’ metrics. Wayne Balta, IBM’s (IBM) environmental affairs chief, says companies need a “rock solid” commitment to data analysis to ease the hassles of responding to such queries. (Bloomberg LP, the owner of Bloomberg Businessweek, compiles sustainability data and scores companies on how much information they disclose.)

In American culture to rate

In 2000, the consulting firm SustainAbility, which advises clients on green business strategies, identified 21 raters; by last year, that number had swelled to 108, both nonprofits and companies seeking to sell research to investors. IBM’s Balta says the rankers’ ranks will probably continue to grow. “It’s in our collective American culture to rate,” he says. “Look at Dancing with the Stars.”

Many companies face further demands from corporate customers. Wal-Mart (WMT), for instance, in 2009 brought together retailers, suppliers, and research groups to develop a sustainability index to track suppliers. The group, a nonprofit called the Sustainability Consortium, is creating standards for cotton towels, TVs, yogurt, and nearly 50 other product categories. For laundry detergents, the biggest factor is customers using energy to heat water for washing, so the new metrics favor products for cold-water use. For laptops, the greatest greenhouse gas emissions come during manufacturing, not use by consumers, so the standards largely address production methods. “We want to make sure we are sending the right signals, measuring the right things,” says Jeff Rice, Wal-Mart’s director of sustainability.

Some corporations grouse that the raters can lack transparency, though few want to say so on the record. About a quarter of the ranking groups disclose no information on their methods and a majority offer only partial disclosures, according to “Rate the Raters,” a report SustainAbility released last year. When companies feel that groups seeking to rank them on how much information they disclose aren’t transparent themselves, “that drives them crazy,” says Michael Sadowski, a vice-president at SustainAbility. Lynn Brown, a vice-president at trash-hauling giant Waste Management (WM), says raters understandably want to compare companies with their peers. But she says she finds it “perplexing” that in one ranking her company is paired with a chemical manufacturer and in another it’s listed with Weight Watchers as a “professional services” company.

Some raters agree the ratings can be too opaque. “There are more black boxes than should be the case,” says Cary Krosinsky of Trucost, a sustainability researcher that helps Newsweek with its ranking.

Time is running out

The Securities and Exchange Commission is tiptoeing into the fray and last year issued its first guidance on disclosure of risks related to climate change. If financial accounting is any precedent, though, consistent regulations won’t happen overnight. It took two centuries to develop standards for tracking corporate finances. With ice caps melting and deserts growing, a similar timeline won’t work now, says Zoe Tcholak-Antitch, North America director for the Carbon Disclosure Project, an investor-led group that has created standards for company disclosures of greenhouse gas emissions.“We haven’t got hundreds of years,” she says, “to get climate change reporting right.”

The bottom line: With more than 100 groups ranking companies on sustainability, many investors say it’s time for global reporting and assessment standards.

by Karen Weise for Bloomburg Businessweek