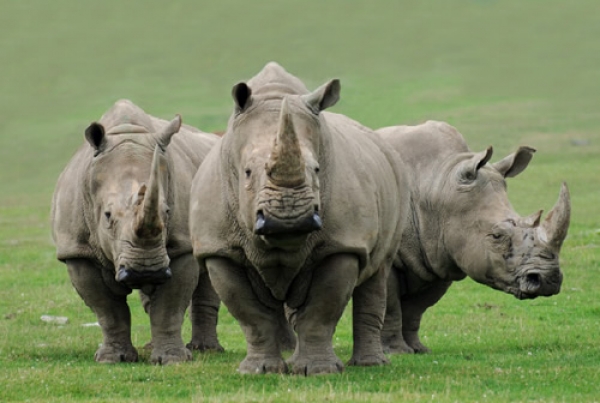 The police have busted a 40 year old man in Pretoria North on Tuesday after 3 rhino horns were found in his possession. No further arrests have yet been made in connection with the 11 de-horned rhino carcasses which were found in the Kruger National Park last week.

The man is due to appear in the Pretoria North Magistrates Court soon, after he was arrested for the illegal possession of 3 rhino horns, police said on Tuesday.

The police spotted the man while he was walking with a heavy bag on a footpath in Kameeldrift in the eastern part of Pretoria on Monday. He appeared to be struggling, but as he came closer to the police car, driving alongside the road, he walked faster. This made the police suspicious, said police spokesman Lieutenant-Colonel Katlego Mogale.

The man ran past the car into nearby bushes, throwing out the contents of the bag while running away. The police gave chase.

He was arrested by the Endangered Species department, who also found the black plastic bag with three rhino horns of different lengths, a torch and a cellphone in the bushes.