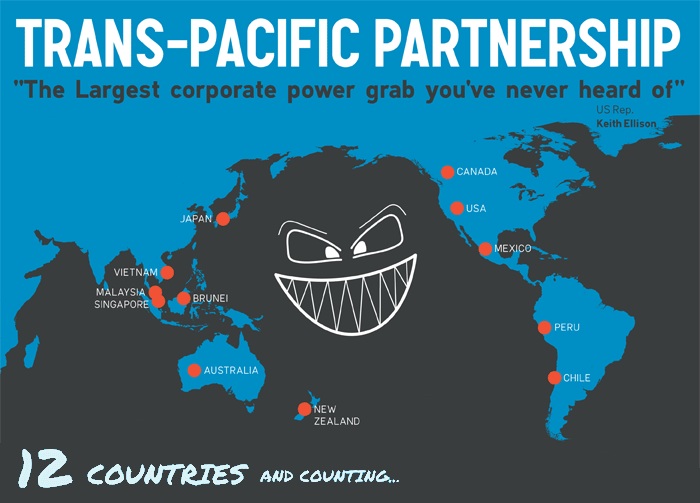 Despite the global outpouring of opposition to this corporate giveaway, governments around the world are on the verge of locking in an agreement.

Leaked text reveals that the TPP would empower corporations to directly sue governments in private and non-transparent trade tribunals over laws and policies that corporations allege reduce their profits.

Legislation designed to address climate change, curb fossil fuel expansion and reduce air pollution could all be subject to attack by corporations as a result of TPP.

Not surprisingly, the fossil fuel industry is helping lead the charge for a swift passage of this climate disaster.

Leaked text from Wikileaks confirms our worst fears: the TPP would empower fossil fuel companies to directly sue governments over laws and policies that they claim reduce their profits. 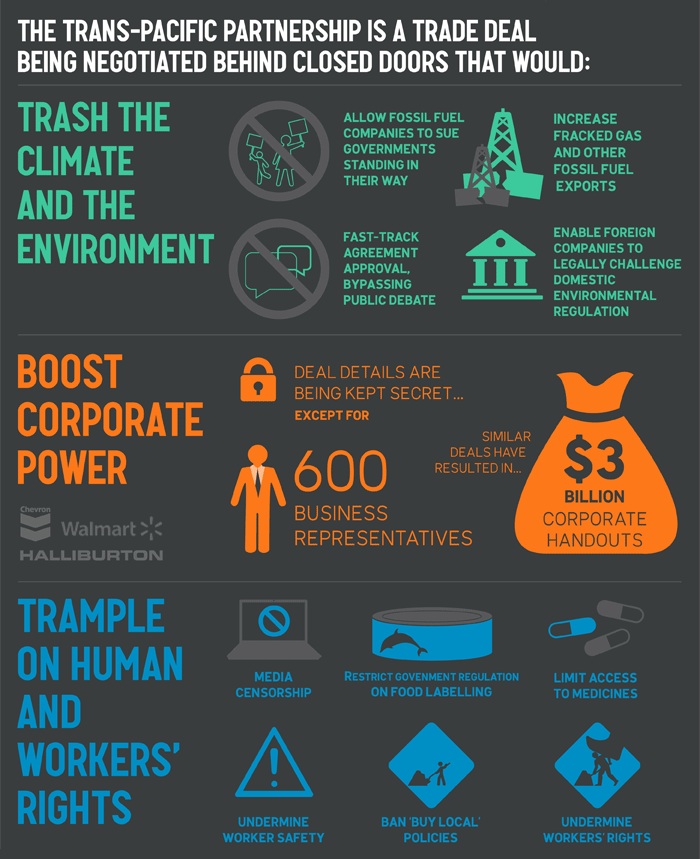 This agreement could well be an enormous corporate power grab made at the expense of our democracy and our climate.

It’s strange enough that our governments aren’t boasting about the benefits TPP would bring. They’re barely mentioning the deal in public, and are keeping public opinion as far as they can from negotiations.

That’s why there’s no consensus among negotiators. And that’s why millions of people across the world are opposing TPP.

Let’s stand with the people urging world leaders to reject this agreement.

Let’s make them get 350.org’s message loud and clear:

The fossil fuel industry can try to make TPP secretive. They can try to keep us from reaching the negotiators. But they can’t prevent people-power from standing against what’s wrong for the planet.