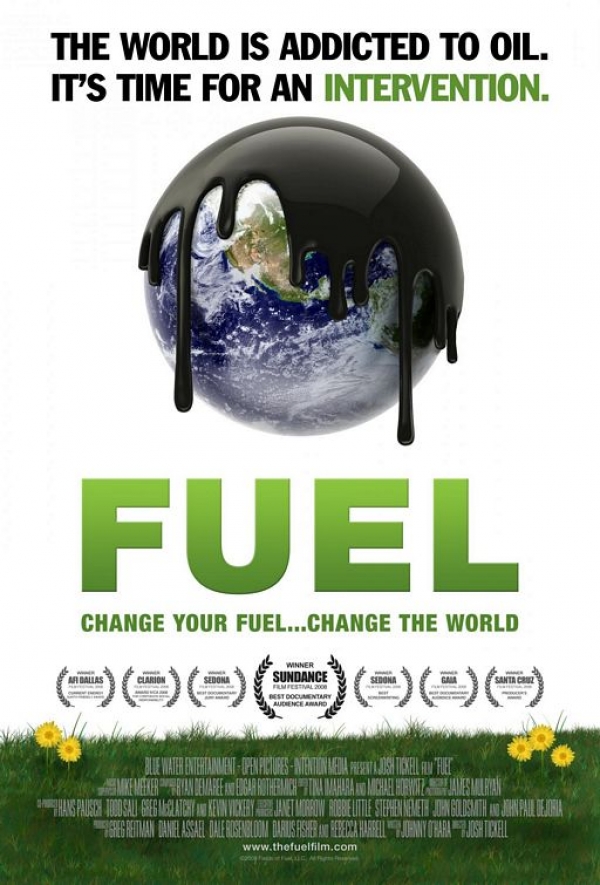 FUEL is a comprehensive and entertaining look at energy in America: a history of where the country has been been, their present predicament and a solution to their dependence on foreign oil. Rousing and reactionary, FUEL is an amazing, in-depth, personal journey of oil use and abuse as it examines wide-ranging energy solutions other than oil, the faltering US auto and petroleum industries, and the latest stirrings of the American mindset toward alternative energy.

Josh Tickell’s stirring, radical and multi-award winning FUEL may be known by some as the “little energy documentary,” but in truth, it’s a powerful portrait of America’s overwhelming addiction to, and reliance on, oil. FUEL will be in selected cinemas nationwide from July 27. The film will also be available for corporate events and screenings.

one too many sick friends

Having been born and raised in one of the USA’s most oil producing regions, he saw first hand how the industry controls, deceives and damages the country, its people and the environment. After one too many people he knew became sick, Tickell knew he just couldn’t idly stand by any longer. He decided to make a film, focusing both on the knowledge and insight he discovered, but also giving hope that solutions are at reach.

A ‘regular guy’ who felt he could make a difference, he spent 11 years making his movie, showing himself – and others – that an individual can indeed make a difference. As first time director and narrator of the film, Tickell offers a virtual tour guide through the drama of fuel, the history, the politics, the mess that the world is in and the fascinating alternatives for a way out.

Interviews with a wide range of environmentalists, historians, professors, policy makers and educators, along with such “green” celebrities as Woody Harrelson, Julia Roberts, Larry David, Sheryl Crow, Neil Young and Willie Nelson offer serious fuel for thought. They all share their thoughts on one of the most important and pressing concerns of the modern era.

FUEL encourages the discussion about the consequences of abusing our oil resources. 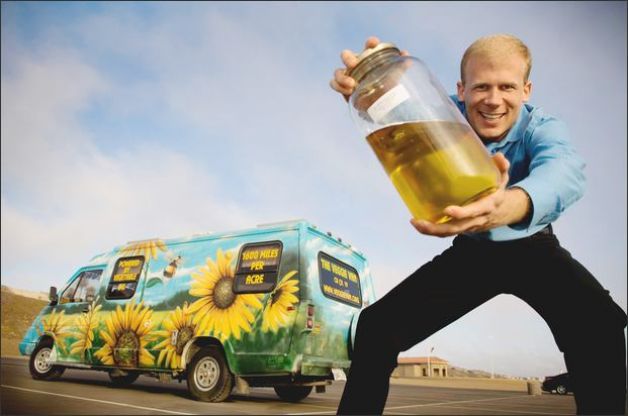 “Watch the Film, Learn from it, and Make it Happen.”- MTV Movies

“The film preaches to the unconverted with passion, energy and graphics so clear that they would make Al Gore weep all over his PowerPoint.”- New York Times

“Practical and Inspirational, ‘FUEL’ faces the Facts of the Energy Crisis.” – Seattle P-I

hint: Increase your chances by entering on both networks…

Winners will be notified via tweets and facebook posts, 1 winner per day on each network, next week (23-27 July). Good luck!

“Fuel” director Josh Tickell shows off a jar of biodiesel in front of the “Green Machine” van he drove around the U.S. Image: SL