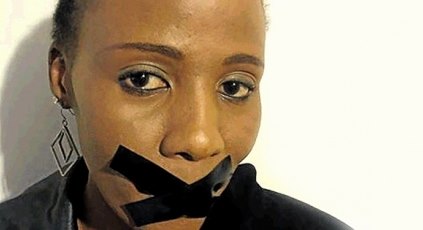 The SABC is under attack – corrupted into a pro-government megaphone that deafens democracy and drowns out dissent.

Six journalists have now been suspended for criticising the propaganda policies of SABC chief, Hlaudi Motsoeneng. Policies that silence reports on public protests and require 80% of SABC news to be good news – news the government likes.

As elections approach, this is cancer for our democracy. Lethal.

Motsoeneng and his allies are doing all they can to intimidate and silence journalists – but they can’t muzzle the internet. So let’s use it to build an all-out public revolt so big it lifts up the country’s journalists, washes across international media, and flushes out the SABC rot. Motsoeneng must go, his policies scrapped, and journalists reinstated.

A free press is fundamental to our movement. It exposes corruption and injustice, amplifies people power, and gives ordinary people a voice. Journalists take our protests and land them right under the noses of politicians, leaders, and presidents. Mute the media and you cripple democracy.

Motsoeneng supporters argue that the news focuses on violent protests too often, missing the good news in favour of the bad. But there are independent regulators who monitor what coverage is too violent or graphic – this should not be imposed across the board, top down, from within the nation’s broadcaster. Mass protests are a result of angry, frustrated communities, ignored by their leaders. The answer is to legitimately engage with them: don’t stifle their cries and muzzle the messenger.

So we have two options: sit back while they beat the SABC into a propaganda machine – or we go all-in.

Sign now to join the people-powered uprising that blazes the internet, echoes through international media, and sweeps Motsoeneng and his dangerous policies away.

Last year we rallied to save our internet from government censorship and now that fight has spread. But our movement in South Africa has grown massively in that time – and we’re ready to charge forward again in the fight for our democracy.

With fierce hope and determination,