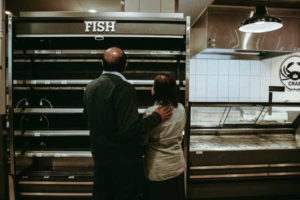 WILDOCEANS, a programme of the WILDTRUST, is causing quite a stir on social media with the launch of their WE DON’T NEED OUR OCEANS campaign. The environmental non-profit hopes to show South Africa (and the world) what life would be like without our oceans, and subsequently place a spotlight on just how much we depend on them, as well as mobilise a regional movement for increased marine protection.

WE DON’T NEED OUR OCEANS is a branch off of the OCEAN IMPACT campaign, underwriting a 3-year project driving advanced protection of South Africa’s oceans within Marine Protected Areas (MPAs). We currently only protect 5% of the oceans around South Africa within MPAs.

WILDTRUST, along with many other environmental organisations, have been pushing the need to conserve our planet for many years and have been educating the masses about the need for a healthy planet, the need for our land and the need for our oceans. If those messages truly resonated, if people understood why and how they could look after the planet, surely the land and sea would be thriving and resilient against everything we throw at it? Instead, we are entering into the 6th extinction crisis and need to urgently make a shift from what needs to be done to how it can be done.

Campaign Lead, Lauren van Nijkerk of the WILDTRUST said: “People don’t act like they need the oceans. Covid-19 certainly made people question their relationship with nature, but I do not believe it made people care less about themselves and more about the planet. So how do we tell our beautifully diverse South African people about our oceans and the need to protect them? How do we deliver a message that resonates for people, that gets their attention? How do we make them active citizens that demand a better future for their children and themselves? How do we help our government see the importance of ocean protection for our people, not to mention all the economic benefits additional protection will bring? I think we can do this by showing South Africa a world without our oceans.”

We take our oceans for granted. The oceans are overfished, full of our trash, exploited, packed full of noisy vessels, explored with seismic blasts, drilled and reefs destroyed. They warn that at most, we have 10 years to stay below the 1.5°C heating threshold and avoid the existential risks to nature and people that crossing it will bring.

“The truth is the need to protect this life-giving natural resource, our oceans, is urgent,” said van Nijkerk. “Coral reef die-offs, collapsing fish populations and species extinctions are evidence of the escalating ocean crisis brought about by overfishing, ocean heating, acidification, pollution and multiple other stressors. They are eroding the ocean’s ability to function as our life support system.”

However, the situation is far from hopeless, although the time to act for our oceans is now and even a simple action, like refusing single-use plastics, makes a difference. A shift from 5% to 10% protection in South Africa’s waters will also see massive benefits for our country.

According to the 2014 ‘State of the Ocean and Coasts Report’ the direct value of the marine ecotourism sector to the South African economy was estimated at R400 million and its indirect value at more than R2 billion. The combined economic benefits from coastal resources are estimated to be around 35% of South Africa’s annual GDP.

Protecting the oceans and the complex web of life that lies below the surface is being recognised as a fundamental human right. In fact, research shows that every second breath we take comes from the ocean. MPAs are a critical tool in the ocean protection toolbox, playing an important role in ensuring the survival of all ocean space. Defending the oceans capacity to produce oxygen, sequester carbon and provide food and livelihoods for billions of people is vital. It is important to note that economic recovery is compatible with environmental protection.

“It is human nature to resist the pressure being put on us to do or believe anything. We want to be autonomous and make our own choices. So, when that pressure is reduced, any internal resistance is dissolved, and the person is left with the opportunity to make their own choice. In the case of the WE DON’T NEED OUR OCEANS messaging, the hope is that when this is presented as acceptable, it is likely to immediately cause the response – of course we do, ideally followed by the action required to save or protect our oceans,” concluded van Nijkerk.

There are actions you can take to help shift this ocean crisis and make a life-changing difference. Demand a better future for yourself, your children and your children’s children.