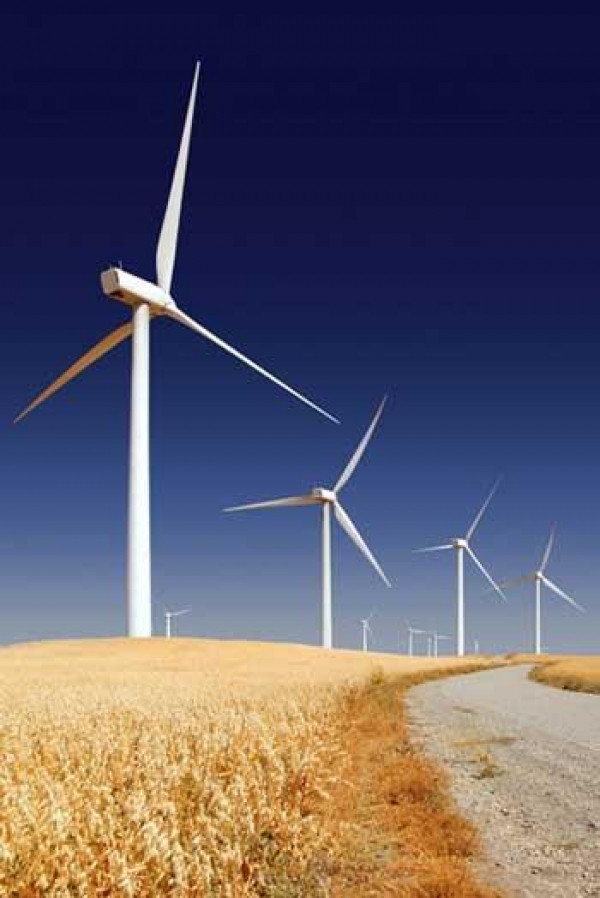 Three of the five top wind power companies in the world, Goldwind, Suzlon and Vestas, will have a high profile at the upcoming African Utility Week in what is clearly a huge surge in interest in foreign investment in green energy in South Africa and the continent.

The South African minister of Energy, Elisabeth Dipuo Peters, and Eskom CEO Brain Dames will address the opening session of what is Africa’s largest utility and power event.

Chinese wind powerhouse Goldwind is the latest company to open an office in South Africa. Director of Goldwind Africa Daniel Kurylo says the increase of wind companies in South Africa shows how serious the movement towards wind energy has become both locally and in the eyes of the big players in the industry.

‘Wind is an abundant, natural, sustainable resource that can be turned into energy quickly and affordably’, he says, ‘so I’m glad we are all here to contribute to Africa’s energy crisis solution.’

He continues: ‘Most of the other markets around the world have already fully developed their wind energy sectors – or are well on their way. So, the industry is naturally migrating to the next big opportunity in the “wind rush”, and that’s in Africa.’

According to African Utility Week’s conference director Claire Volkwyn: ‘the South African government’s commitment to the development of renewable energy was reiterated by President Jacob Zuma during his recent State of the Nation address, when he said the government would start procuring power from Renewable Energy Power Producers.’

She continues: ‘Not only do we present a dedicated conference break away detailing the role of renewable energy in the continent’s energy mix, but the Western Cape is a show case for renewable energy in South Africa and the approximately 2000 delegates, who come from all over the world, will be able to attend the conference, visit the exhibition – and also go on site visits to be able to see in practice how green energy is implemented in the Cape.’

Goldwind Africa director Daniel Kurylo says Goldwind is the leader in Permanent Magnet Direct Drive turbine technology and the only manufacturer in the market to offer this solution.

‘Simply put,’ he continues, ‘Goldwind turbines run efficiently on far fewer mechanical parts than the costly traditional gearbox machines. So, our customers save money on installation, operation, and maintenance. And, our PMDD machines connect to the grid much better.’

According to Goldwind’s Daniel Kurylo, the company’s approach to entering new markets also sets them apart from the competition by offering financial partnerships.

‘Goldwind Capital is set up to be the long-term partner in projects by contributing equity and/or debt financing into the investment,’ says Kurylo.

The WWF International said in its recent Energy Report that almost all of the world’s demand for energy for electricity, transportation and heating could be met from renewable sources such as wind, solar and geothermal power by 2050. Some US$4.8 trillion per year would need to be invested on modernising buildings, electricity grids and expanding wind farms and solar parks until 2035. It would take until 2040 to pay off.