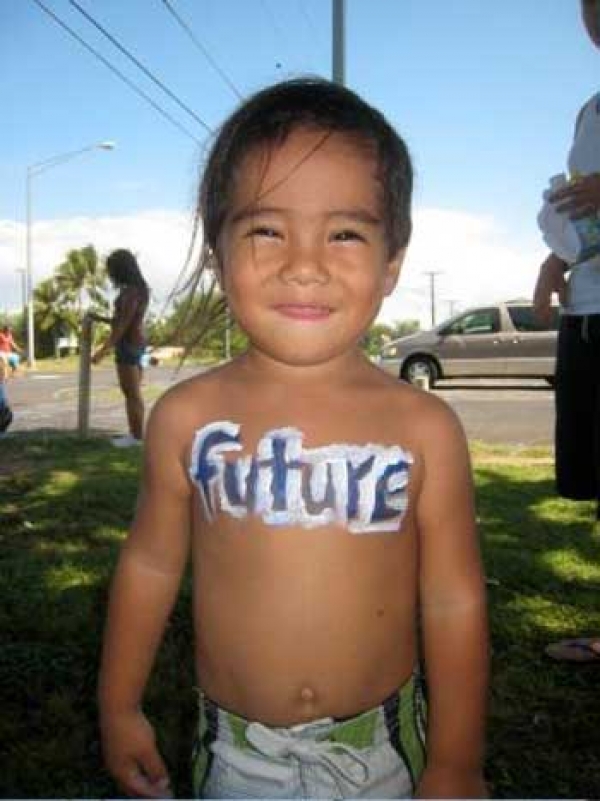 Early morning on 24 October in New Zealand a crowd gathered before dawn next to a wind turbine on a mountaintop.

As local elders said prayers to bless the global event, banners and signs were held high to greet the planet`s first rays of sunlight on this most incredible of days.

At the 350 Organisation’s head office photos and videos poured in of rallies in Ethiopia, bike rides in Wellington, SCUBA divers in Australia, organizers planting 350 trees in Thailand and hundreds of students marching in India and Nepal and Mongolia.

Thousands of people across Africa mounted a range of creative demonstrations to raise awareness of the dangers of climate change. Inspired by 350.org, an innovative internet-based environmental group, gatherings of small handfuls of people to mass rallies of thousands have called on global leaders to take the threat of climate change seriously.

350.org‘s name is inspired by what many leading scientists now believe is the highest safe level of the global warming gas carbon dioxide in the atmosphere, 350 parts per million. This level has already been exceeded – the current concentration is 389 parts per million.

On October 24 rappers in Benin, mountain climbers in South Africa, cyclists in Tanzania, solar cooking activists in Somalia and tree planters in Ghana, and many more – were all on the same mission: To make sure everyone knows the number 350, and exactly what it stands for.

Children and youngsters take the lead

Thousands of school children rallied in Addis Ababa, Ethiopia, inspired by three young organisers who spent weeks in local schools educating them about the climate. Togo saw another large event, with thousands of young people turning out on the streets to express their concern about the lack of progress in climate negotiations.

Cape Town saw daring climbers scale cliffs near the top of that city’s iconic Table Mountain in darkness to place large protest banners in the path of tourists ascending a cableway, while volunteer firefighters formed a large human 350 to be photographed from the air, below.

‘We’ve always wondered what the global climate movement would look like, and now we know,’ said Bill McKibben, an American environmental writer and 350.org’s founder.

Eighty nine countries have already backed the 350 target, as well as the chairman of the Intergovernmental Panel on Climate Change, Rajendra Pachauri. Archbishop Desmond Tutu was one of the first people to sign the campaign.

350.org is partnered by hundreds of organisations ranging from large international NGOS to local community groups.